A total of 16,71,724 rural families were provided livelihood by connecting them with Sakhi Mandals during the Covid pandemic between 2020 and 2021 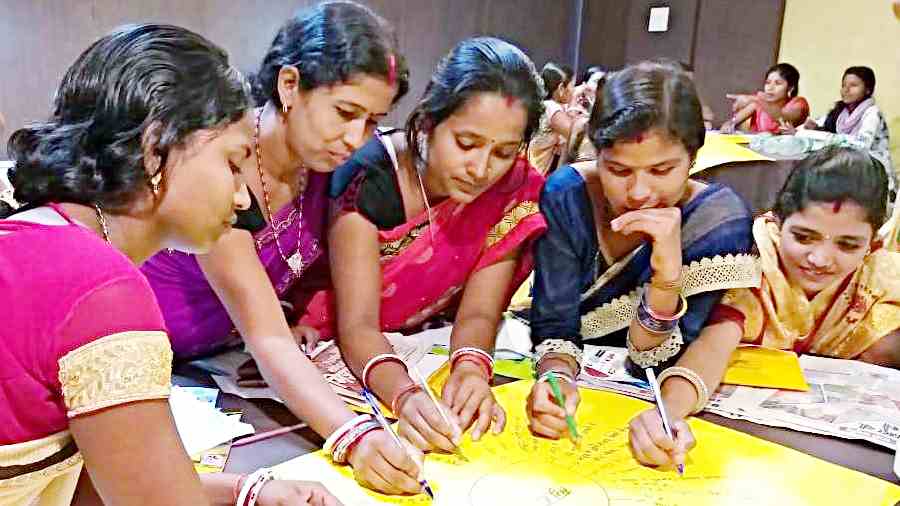 There has been a five-fold increase in the number of rural families connected to livelihood projects of the Jharkhand government in the last three years of the Hemant Soren-led JMM-Congress-RJD alliance government.

According to data shared by the state public relation department on Tuesday evening, between 2012 and 2019, only 4,46,551 rural families of Jharkhand were linked with livelihood projects whereas, since the month of December 2019 till now, the government has been successful in connecting 24,50,924 rural families with livelihood schemes.

“This high number has been achieved through the collective efforts of both the government as well as the Sakhi Mandals (women selfhelp groups). The government is making consistent efforts to enhance the livelihood opportunities of women from rural pockets through various programmes while taking into consideration the locally available resources. The government hopes that the women of Sakhi Mandal will play an important role in getting the state out of the vicious circle of poverty. The government is making efforts to empower the women of the Sakhi Mandal and boost the rural economy in order to usher happiness and prosperity across the state,” said an official of the rural development department.

“With a vision of making women from the rural areas financially independent, the state government had started making efforts in this regard in the first phase of the Covid pandemic. The government, with the launch of the Palash brand, was successful in providing a market for the products of the Sakhi Mandals. Palash, over time, has gained popularity at the national level and was a pertinent step taken in the context to provide a national level market for local products,” said an official of Jharkhand State Livelihood Promotion Society (JSLPS).

“Chief minister Hemant Soren not only envisioned the empowerment of the women of Sakhi Mandals, but also started an ambitious scheme like Phulo Jhano Ashirwad Abhiyan. Under the umbrella of the Phulo Jhano Aashirwad Abhiyan, the participation of women in local liquor/hadiya sale and production has been reduced and the rural women associated with it have been provided with alternative dignified livelihood opportunities as per their wish,” added the official.