IMD says cyclone expected to cross the states on June 3 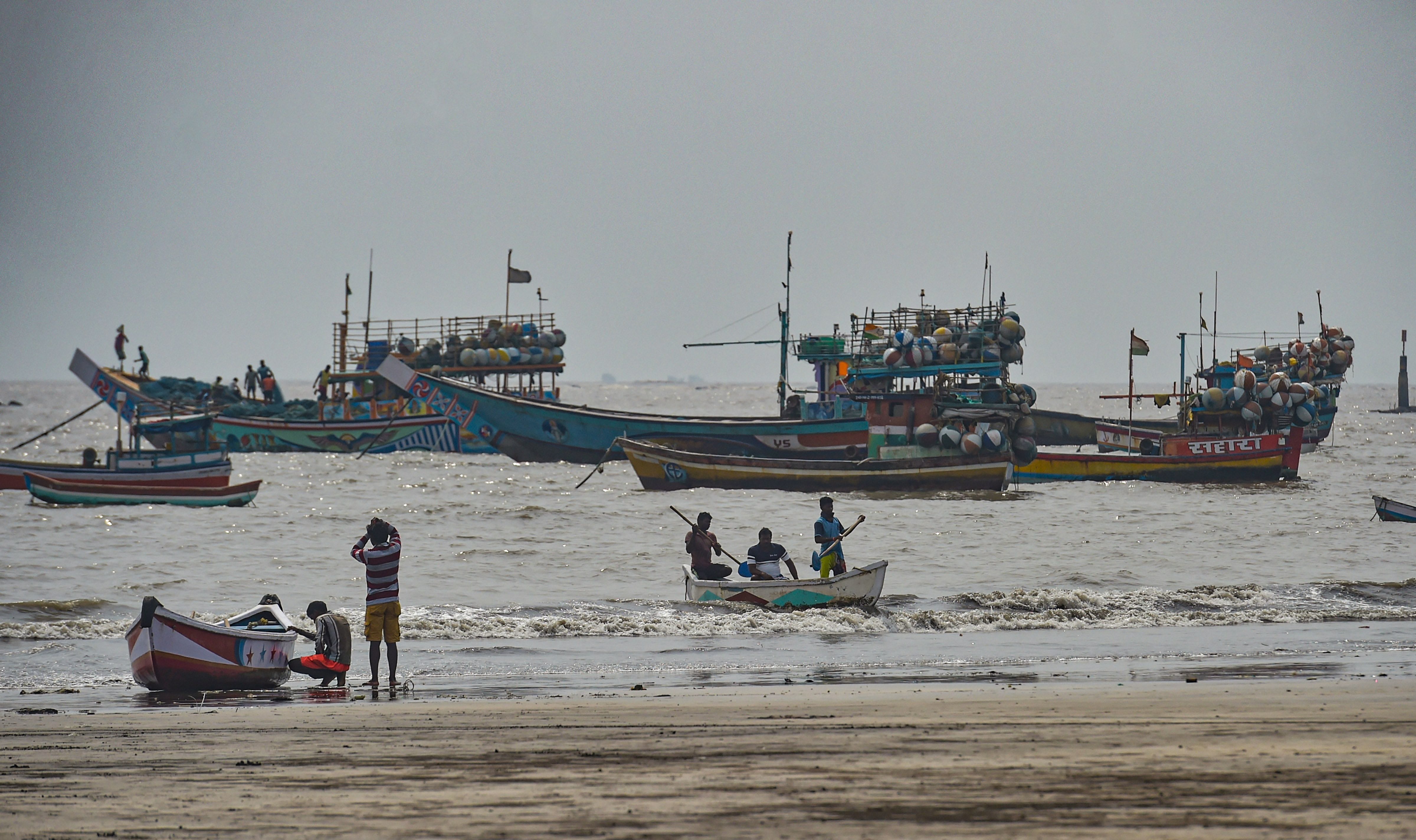 Fishing boats seen anchored at a shore following a warning by IMD for fishermen not to enter the Arabian Sea for the next two days as a precaution against cyclone Nisarga, at Uttan beach in Thane, Monday, June 1, 2020
PTI
PTI   |   New Delhi   |   Published 02.06.20, 09:28 AM

Thirty-three NDRF teams have been deployed in the coastal districts of Maharashtra and Gujarat in view of the impending cyclone Nisarga, the chief of the federal contingency force said on Tuesday.

In a video message, NDRF director-general (DG) S.N. Pradhan said, 'Gujarat and Maharashtra have 11 and 10 teams respectively and they are being deployed in the coastal districts facing the Arabian Sea'.

On Gujarat's request, five more teams are being airlifted to the state from Punjab, he said.

'This will constitute a total of 33 teams in the two states,' the officer said.

An NDRF team has a strength of about 45 personnel and each unit is equipped with tree and pole cutters, communication gadgets, inflatable boats and a small basic medical unit.

Pradhan said the teams on ground have begun the process of evacuation and have launched an awareness drive among the locals.

'Although this is not an extremely severe cyclone, all precautions are being taken with the basic principle in mind that while we expect the best, we must prepare for the worst,' he said.

Cyclonic storm Nisarga is expected to hit Gujarat and Maharashtra on Wednesday.

The Indian Meteorological Department had said that the cyclone is expected to cross north Maharashtra and south Gujarat coasts on June 3.

When the cyclone crosses the coast on the evening of June 3, it will have a speed of 105-110 kmph and heavy rains are also expected in south Gujarat and coastal Maharashtra, the IMD had said.