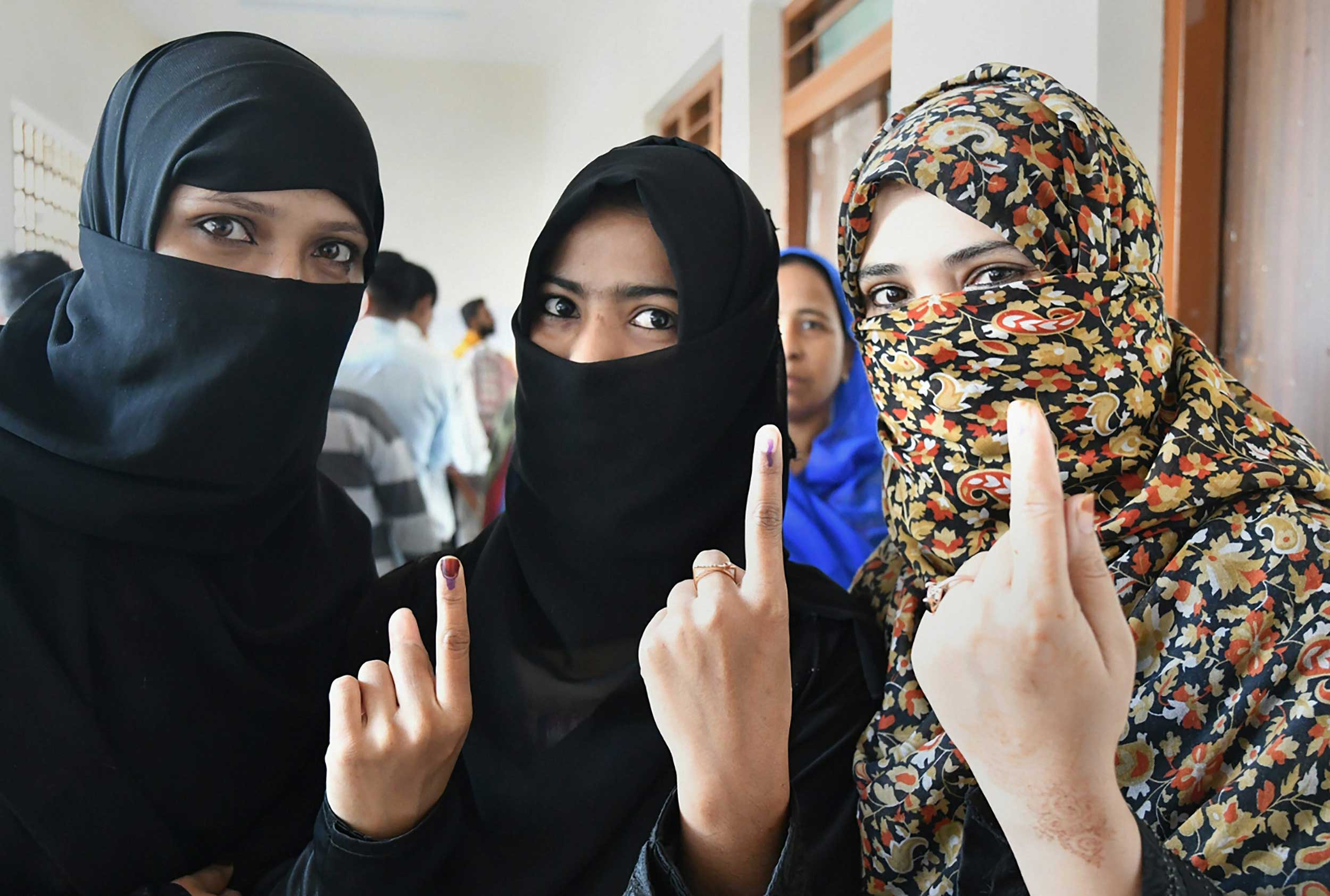 Women show their fingers marked with indelible ink after casting votes for the Assembly elections, outside a polling station in Bhopal on Wednesday.
(PTI Photo)
PTI   |   Bhopal   |   Published 28.11.18, 08:25 AM

Around 27 per cent voter turnout was recorded till 1pm on Wednesday during elections to the 230-member Madhya Pradesh Assembly while two polling officials died on duty, officials said.

There were complaints of technical snags in the electronic voting machines at some places following which 70 EVMs were replaced at various polling booths, MP's Chief Electoral Officer V.L. Kantha Rao said.

Two polling officials died due to health issues while performing their duties in Indore and Guna districts, another election official said.

The families of these employees would be given an ex-gratia of Rs 10 lakh each, he said.

According to a public relations officer of the Election Commission, around 27 per cent voters exercised their franchise till 1pm.

Chief minister Shivraj Singh Chouhan, who is the Bharatiya Janata Party's candidate from Budhni seat, and his wife Sadhana Singh cast their votes at his native village Jait, which is part of his Assembly constituency.

Nath expressed concern over complaints of technical snags in EVMs.

'Several reports are coming from across the state that EVMs are not working. This has been affecting the polling. Long queues are being witnessed in the city. EC should immediately take decision. The EVMs should be changed,' he tweeted.

Polling is being held from 8am to 5pm in 227 seats, while in three Assembly segments of Lanji, Paraswada and Baihar in the Naxal-affected Balaghat district, the voting time is between 7 am to 3pm.

Rao said polling was going on peacefully in all the Assembly constituencies and long queues were seen in the Naxal-affected seats and other places.

As many as 2,899 candidates, including 1,094 Independents, are in the fray for the 230 seats, but the main contest is between the Congress and BJP - the Big Two of MP politics.

The state has 5.04 crore eligible voters.

Over three lakh government employees, including nearly 45,000 women, are on poll duty across the state.

As many as 1.80 lakh security personnel, including those drawn from central paramilitary forces, have also been deployed to ensure free and fair poll, Rao said.