10th round of Centre-farmers talks underway 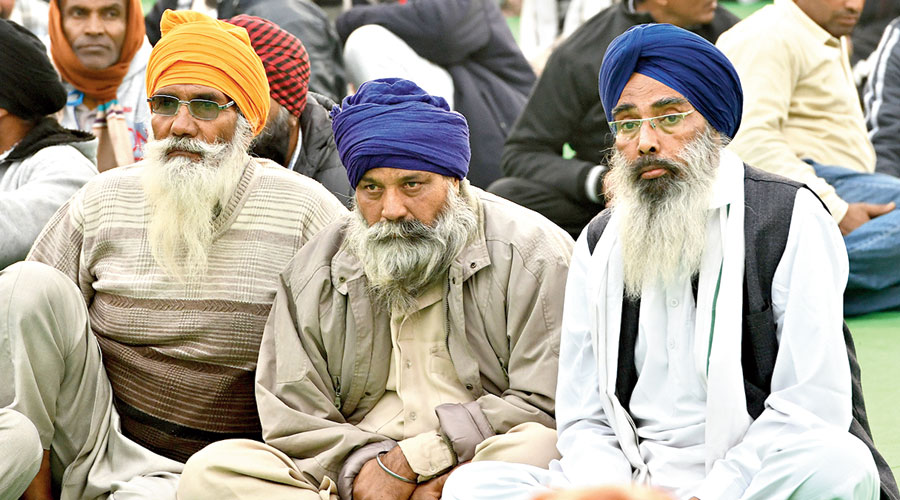 In a bid to solve an over-a-month-long impasse over three contentious agri laws, protesting farmers and three central ministers commenced their tenth round of talks at the Vigyan Bhawan in New Delhi on Wednesday.

Union Agriculture Minister Narendra Singh Tomar, Railways, Commerce and Food Minister Piyush Goyal and Minister of State for Commerce Som Parkash, who is an MP from Punjab, are holding the talks with the representatives of around 40 farmer unions.

The tenth round of talks was initially scheduled on January 19, but later got postponed to Wednesday.

In the last round of talks, the government had asked protesting farmers to prepare a concrete proposal about their objections and suggestions on the three farm laws for further discussion at their next meeting to end the long-running protest. But, unions stuck to their main demand of a complete repeal of the three Acts.

On January 11, the Supreme Court stayed the implementation of the three laws till further orders and appointed a four-member panel to resolve the impasse.

Bhartiya Kisan Union president Bhupinder Singh Mann had recused himself from the committee appointed by the apex court.

Shetkari Sanghatana (Maharashtra) president Anil Ghanwat and agriculture economists Pramod Kumar Joshi and Ashok Gulati are the other three members on the panel.

On Tuesday, the SC panel held its first meeting in the national capital.

Under attack from protesting unions for their “pro-government” public stand on three contentious farm laws, the members of the committee said that they would keep aside their own ideology and views while consulting various stakeholders, even as they indicated a complete repeal won't augur well for much-needed agriculture reforms.

Ghanwat, said the panel will hold its first round of talks with farmers and other stakeholders on January 21.

“The biggest challenge for the panel is to convince agitating farmers to come and speak with us. We will try our best,” he said.

Ghanwat further said the committee will seek views of farmers and all other stakeholders on the new farm laws, besides the central and state governments.

“Panel members will keep their personal views on farm laws aside while preparing a report to be submitted to the Supreme Court,” he said.

Earlier in the day, a group of farm union leaders met top officials of Delhi, Haryana and Uttar Pradesh police to discuss the route and arrangements for their tractor rally on January 26 to protest against the three farm laws.

“A group of farm union leaders including Balbir Singh Rajewal and others will meet top officials of Delhi Police to discuss the route and other arrangements for their protest march on Republic Day against the three farm laws,” Jamuri Kisan Union leader, Kalwant Singh Sandhu, told PTI.

The Joint Commissioner of Police (Northern Range) SS Yadav will coordinate the meeting from Delhi Police, according to sources.

Police officials from Haryana and Uttar Pradesh will also be present at the meeting, sources said.