100 per cent chowkidar is a thief, says Rahul

The Congress chief alleged that the PM stole Rs 30,000 crore and gifted it to his "thief friend" Anil Ambani 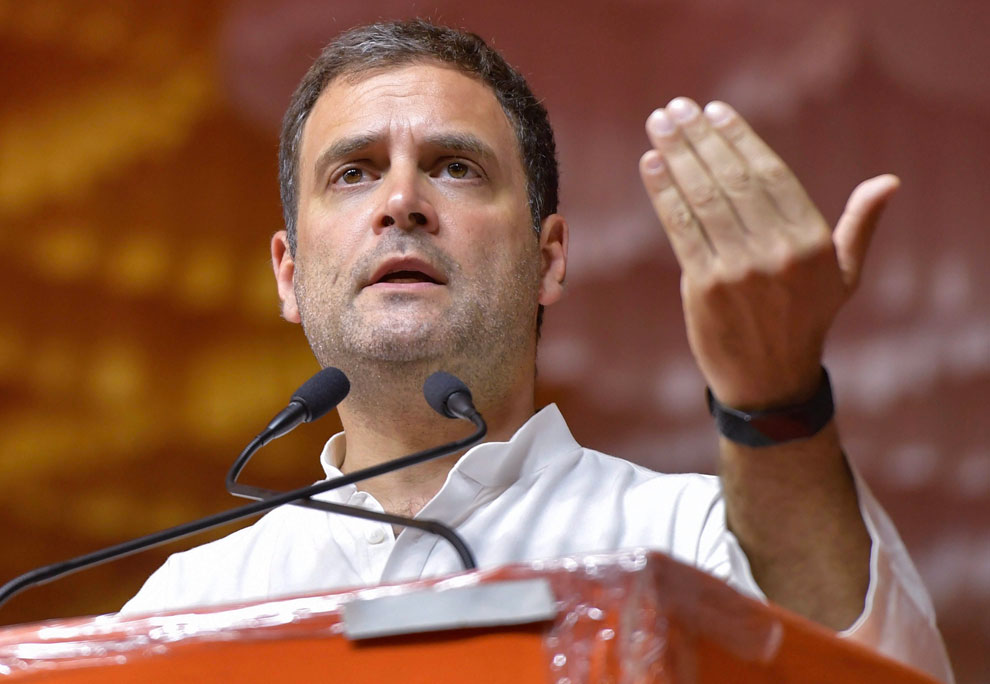 Lashing out at Prime Minister Narendra Modi on the issue of corruption, Congress President Rahul Gandhi on Saturday alleged that '100 per cent chowkidar (guard) is a chor (thief).'

At a rally here, Rahul also asked as to why all the 'thieves' have Modi as a surname.

'I have a question. Why all the thieves have Modi in their names whether be it Nirav Modi, Lalit Modi and Narendra Modi? We don't know how many more such Modis will come out,' Rahul said.

Cornering the Prime Minister on the Rafale fighter jet deal, he said, '100 per cent chowkidar is a chor' and alleged that the prime minister stole Rs 30,000 crore and gifted it to his 'thief friend' Anil Ambani.

'You stole Rs 30,000 crore and gifted to your thief friend. You 100 per cent steal money. 'Chowkidar' is a thief. Nirav Modi, Mehul Choksi, Lalit Modi, Mallya, Anil Ambani and Narendra Modi - There is a group, a team of thieves,' Rahul said as he attacked Modi, who has described himself as a 'chowkidar' who would not tolerate graft.

He also said Modi no longer spoke about farmers, jobs and corruption. 'Unlike him, we don't tell lies.'

Rahul explained the NYAY scheme, the minimum income scheme of depositing Rs 72,000 annually into the account of five crore families announced by the Congress in its manifesto for the Lok Sabha polls.

Rahul said one of the first acts of the Congress if voted to power, would be to provide for 33 per cent reservation for women in the Parliament and assemblies and also in government jobs.