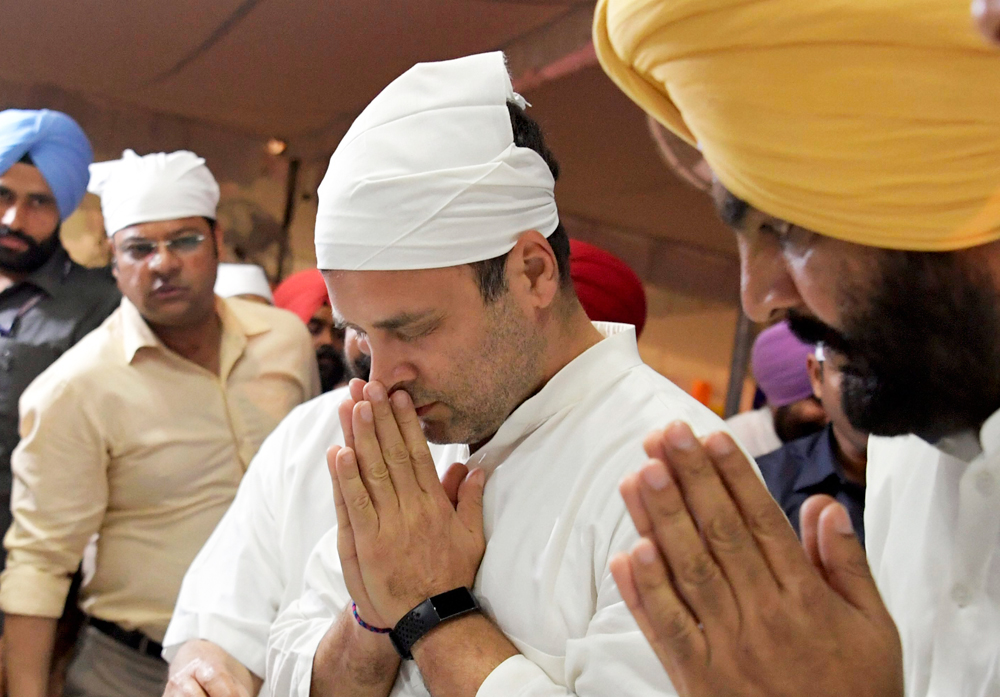 The BJP on Friday filed a petition in the Supreme Court accusing Rahul Gandhi of contempt of court and also approached the Election Commission seeking action against the Congress president for allegedly levelling unsubstantiated charges against Prime Minister Narendra Modi over the Rafale deal.

The all-out attack on Rahul came a day after the first phase of polling, amid suggestions that the BJP was worried about the ground reports received by party managers in Delhi.

BJP MP Meenakshi Lekhi filed a criminal contempt petition in the Supreme Court against Rahul for using the phrase “chowkidar chor hai” against Modi, pleading that the Congress president had deliberately misinterpreted the court’s recent order in the Rafale deal.

The court agreed to hear the petition on April 15 after senior advocate Mukul Rohatgi, appearing for Lekhi, accused Rahul of giving a coloured interpretation to the judgment.

The court earlier this week agreed to review its own order that had dismissed petitions seeking a court-monitored probe into the Rafale deal and ruled that classified documents accessed by the media in connection with the deal can be admitted as evidence.

Later on Friday, a BJP delegation including defence minister Nirmala Sitharaman approached the Election Commission demanding action against Rahul over the same issue. Sitharaman told reporters that the delegation had urged the EC to take cognisance of Rahul’s “abusive” remarks against the Prime Minister and initiate action.