A post-release chat with the writer of ‘Sherni’, on the mood and motivations of the Vidya Balan winner 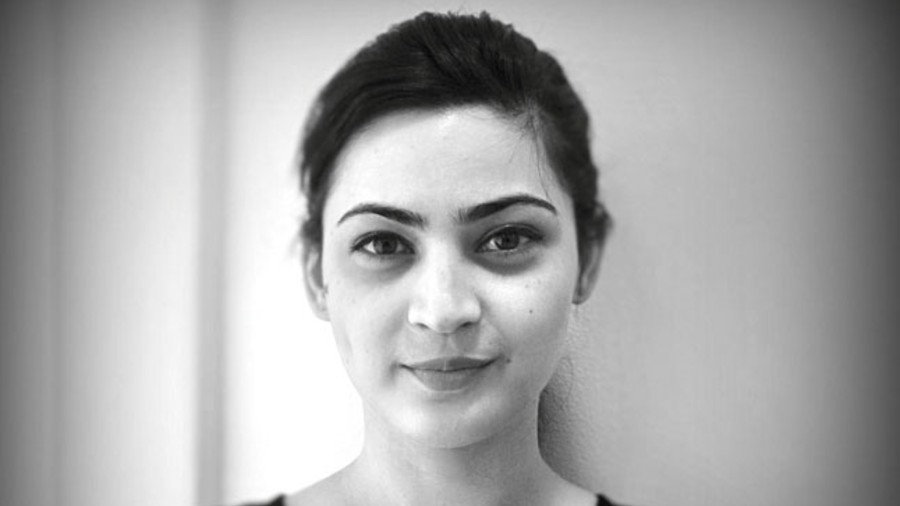 Vidya Balan’s Sherni, a powerful film on animal conservation and a scathing takedown of patriarchy, is winning praise ever since it dropped on Amazon Prime Video on June 18. Post-release, The Telegraph caught up with Aastha Tiku, the film’s writer, on the idea and the message of the Amit Masurkar-directed film.

What was the starting point for the idea for Sherni?

The concern in my head for many years was climate change and what role does policy play in it and what part does the common population play in this act of conservation and what is going wrong and what is going right in our country when it comes to conservation. Conservation is such a broad topic, it’s easy to get lost in it. When you talk about the man-animal conflict, there is a lot going on and the cases are quite high. This is something which is not in the consciousness of people because you see the elephants near the plantations in Kerala, you see the leopards in Uttarakhand, you see tigers in the tiger belt of India and in the Sunderbans... there is a lot of imbalance. The outcome of climate change, of the depleting forest cover, are more immediate there. I wanted to just focus on the fact that climate change is real, but it doesn’t affect all of us equally... it affects some people more than others. That’s when the research started happening.

What a lot of people are taking back from the film, which was our original intention in making Sherni anyway, is that conservation is a collaborative effort. The fact that conservation involves working at the grassroots, educating people living next to the forests, collaborating on various levels... all these things were, very surprisingly, grasped pretty seamlessly by the audience. When I was writing it, that was a bit of a concern because I realised that a singular sort of hero journey tends to work better for Indian cinema, but I didn’t want to do that with this film.

What kind of research went into writing this film?

I have a background in academic research. I read philosophy when I was in King’s College in London and I have also done qualitative research. For this, I took a multi-modal approach. I studied actual cases of human-animal conflict and the politics that played out in all these cases.... We went to a lot of forest departments and spoke to not only the women officers but also the guards, the ones who take people on safaris, to the villagers... all of them to get different perspectives and make our data more rich before we even started writing. From that data, the world of Sherni was created and then the characters came about organically depending on who we wanted to represent what.

If you had to define Sherni in terms of a genre, what would it be? I ask this question because most critics have struggled with that aspect...

You know, I kind of lost objectivity when I was writing this film because I don’t come from a screenwriting background. I write my screenplay like I would write a novel. I tend to meander and that’s why, in the jungle scenes, you will find a lot of meandering. I am a writer who can’t focus on just one character and one dynamic. I think it is broadly a drama, and within that there are various threads.

What were you going for tonally?

In terms of tonality, I didn’t want this film to be over-the-top at all... I wanted the tone to imitate the reality of what we see in the film. I wanted to stick to realism. Also, I am a big fan of surrealism. The opening scene of Sherni (where a man imitates the walk of a tiger), you will find a lot of surrealistic elements. Sometimes, reality is not enough! (Laughs)

Did you always want to draw parallels between the tigress and the human protagonist, played by Vidya Balan?

I was very careful not to ascribe any human qualities to the tigress. That’s because I felt that we shouldn’t humanise an animal that lives in the wild... we should respect them for who they are. That was a conscious effort. And vice versa, I also felt that ascribing the symbol of a tiger on to a person limited her scope. But since cinema is a language that people interpret in different ways, I don’t mind the parallels that are being drawn.

Which was the most difficult bit to write?

We had too many things to say. And since it’s not a novel or an academic book, I was constantly pressed for time, in terms of I couldn’t exceed a runtime of two hours. To bring out multiple perspectives, including the perspective of the jungle witnessing all that’s happening around it and to structure it in a way that we don’t lose the plot... that was the challenge... we had to connect all the issues in the film in a way in which they made sense. Balancing plot and character and balancing the tone of the film was a challenge. There are many things I wanted to say that I haven’t been able to (laughs).

I didn’t want a colonial eye when it comes to looking at the jungle and the people who live around it. We were very clear that we wanted the jungle to look warm... to look like the pulsating heart of this planet. There’s a lot of love in the way Amit Masurkar (the director) and the cinematographer Rakesh Haridas have looked at the world of the jungle... we never wanted to lose that empathy and that connect. In this film, we are constantly jumping worlds... we are in the office, then in the jungle, then in the village... and we wanted to keep a common empathetic eye for all the characters involved.

Were there any scenes or moments that turned out better on screen than how it was on paper?

Bansal’s character (played by Brijendra Kala) was meant to be a funny guy, but the actor took it to a different level. I was behind the monitor throughout during the shoot and we all just couldn’t stop laughing. Even the way the jungle has been shot is so beautiful. The music and the sound design are so good. Everybody on set loves nature and it shows in the film.

Would it be fair to ask you to pick a favourite scene?

The point where the cubs are found. To me, it’s not just a win in finding the cubs... it’s also reinforcing the fact that once you involve communities in the act of conservation, half your job is done. Putting a system in place and bringing about awareness is important. The museum scene at the end is also a favourite.

Was the two-hour-plus runtime and the semi-documentary feel ever a worry that people would tune off midway?

It wasn’t a worry, actually. All of us, including Amit, wanted to maintain the tone and the concept of time that exists in the jungle. Even when we were researching, we figured that the guards who track animals in these forests spend hours and days at a stretch doing so. I didn’t want to make the audience feel that it’s a very beautiful and wonderful experience walking through the jungle. It’s very tiring, it demands long hours, it’s very hot, it’s not an easy job and it’s a very lonely job. We weren’t scared of showing the audience that. It’s a job that requires you to be patient. Sometimes, boredom isn’t such a bad thing! (Laughs)