Advertisement
Home / Entertainment / When I see an opening, I stick it in there: Sylvester Stallone on his love for action films

When I see an opening, I stick it in there: Sylvester Stallone on his love for action films

The actor has another movie on the horizon, Samaritan, which will premiere on Prime Video on August 26 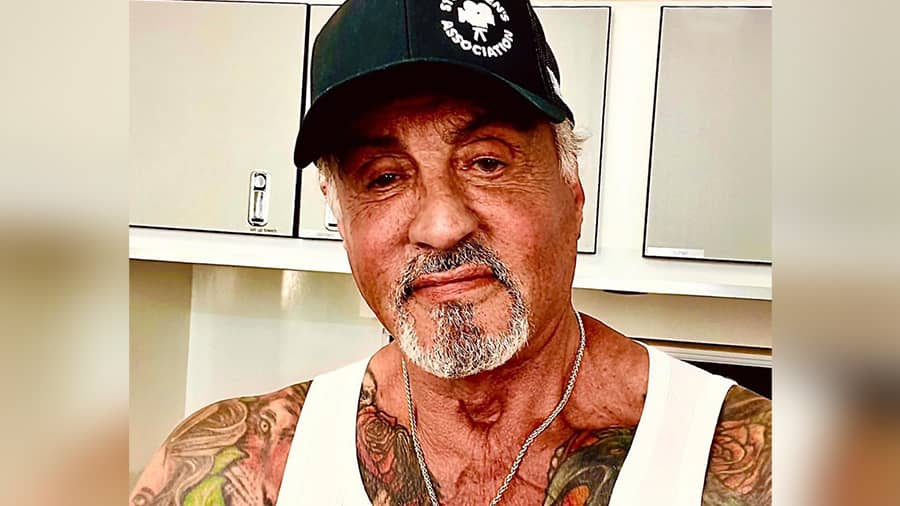 Hollywood veteran Sylvester Stallone never misses an opportunity to take up an action film as he believes the genre strikes a chord with different cultures through its universal themes.

Stallone is undoubtedly one of the tallest action heroes of Hollywood courtesy smash hit franchises like Rambo and Rocky to even modern-day Marvel and DC comics movies.

“Whenever I see an opening, I try to constantly stick it in there,” the veteran said during a virtual press conference in response to a question about pushing himself as an action hero.

The 76-year-old actor’s love affair with action movies goes back to 1970s and 1980s when he started the Rocky and Rambo film series. “When I started, there was no what I call ‘real action film’ or ‘action beats’. There were car chases, there was this and that, and there would be a fight. And I thought, ‘wow, this is a genre, which is really fascinating’. “In a real action film, you can turn the sound off and know what the story is, just through physical movement. So when I did Rambo: First Blood, I said, ‘how about we turn the sound off? People will know what the story is.’ That’s when I realised how important this genre could be,” Stallone said.

Stories of heroes and legends have always been part of history as the actor believes that every “society needs these figures”.

“It’s almost as though, ‘oh, they’re gods. They’re modern day god-like creatures.’ We see this from the Odyssey by Homer to present day Marvel. It’s the same thing except being presented through some of the CGI and the other ones on the written word,” said Stallone, whose filmography also includes superhero titles like Guardians of the Galaxy Vol 2 and The Suicide Squad.

The actor said it is quite fascinating for him to tell varied stories within the action genre.

“The fact that the question comes from India means it is understood by a completely different culture, but they completely get it because we’re hitting on the same sort of emotions that every human being on the planet shares, which is that fear, the loneliness, the heroism and the father-like figure, all that stuff,” he added.

The actor has another movie on the horizon, Samaritan, in which he plays a superhero past his prime, hiding from society as he battles personal demons.

What Stallone liked about the movie was the “pedestrian” nature of his character.

“You could be standing next to him or riding next to him on a train or a bus, and not even know that this fellow here can literally lift the bus up. There’s a kind of simplicity to it. And it's a simmering boil and that eventually erupts as opposed to triumphant music and special effects, the thundering guys hitting the ground with their fist kind of a seismic wave. So you can expect the hero that is very regular and does irregular things.”

Directed by Julius Avery of Overlord fame, the film follows a young boy who comes to the realisation that his favourite superhero, Samaritan (Stallone) who was thought to have gone missing after an epic battle twenty-five years ago, may in fact still be around.

Samaritan is a tale of redemption, a theme that Stallone himself is quite fond of and likes to explore in his movies.

“Redemption is one of my favourite topics. Matter of fact, almost everything I read is dripping with a sense of redemption. “There is a twist in Samaritan that I don't think anyone's going to see coming, but again, it's for him to eventually own up who he is and say, 'Okay, I made a mistake. But I won't again. Now I know, and I'm gonna do the right thing', which I think is the ultimate fantasy."

The actor said another theme the movie explores is the fear of loneliness, something that his 2006's movie Rocky Balboa, the sixth installment of Rocky series, also delved into.

“Everyone’s biggest fear on the planet is being alone, living alone and maybe even growing away, dying alone. There is no worse horror than that premise. So that’s what Rocky VI was also about...

As a director of four Rocky films as well as movies like The Expendables and 2008’s Rambo, Stallone said he finds the job “brutal” and that’s why he prefers to work with new filmmakers like Avery.

“I’ve directed a few things myself and it's kinda like having your spleen pulled out through your nose. It’s not fun. It’s hard work. It’s not glamorous. It's brutal. It takes a toll on your private life. Forget about sleeping. You answer 8,000 questions a day. It's tough. And then you have post production.

“So you have no life... And the young guys, they’re hungry, they’re drooling. They live for this stuff. This is their moment. Their testosterone is pouring out of their ears and they’re going to stay up late at night and deliver. So that’s why I think if you’re gonna do this kind of film, you need that kind of energy,” the actor added.