Advertisement
Home / Entertainment / What to expect from Bollywood in 2020

What to expect from Bollywood in 2020 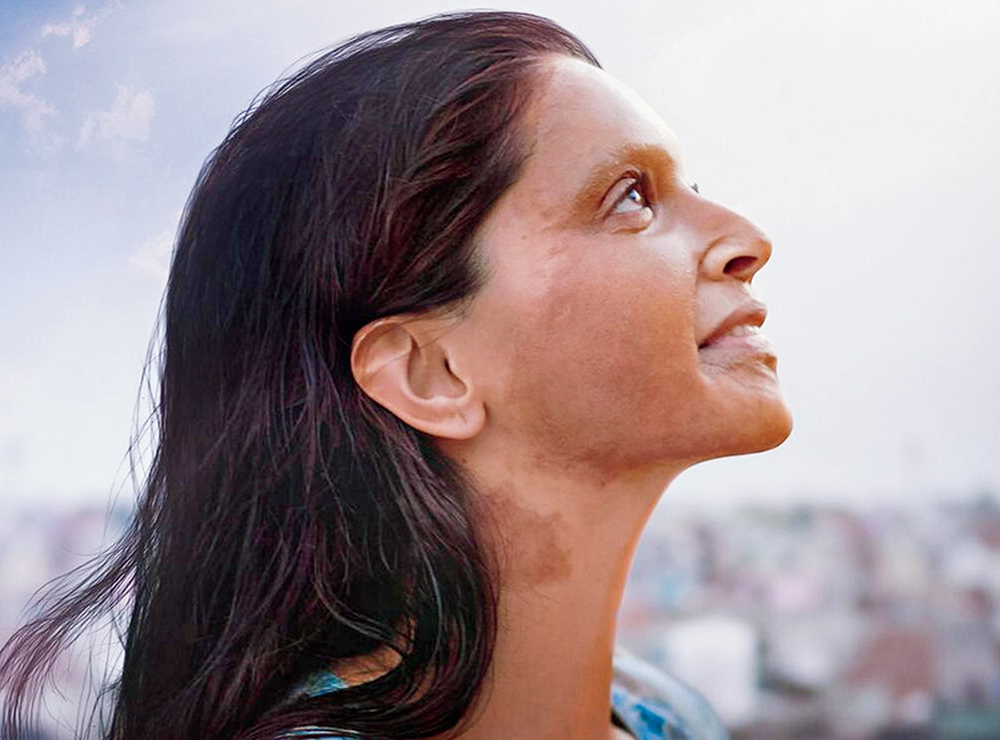 Based on the horrifying yet inspiring journey of real-life acid attack survivor Laxmi Agarwal, this Meghna Gulzar film is the first big release of 2020. If the powerful and poignant trailer is anything to go by, then Chhapaak — with Deepika Padukone frontlining it and all set to deliver a power-packed act — is a winner already. With the ever-dependable Vikrant Massey lending support, Chhapaak promises the Meghna Gulzar staple of a human story told succinctly and sensitively.

Two weeks after Chaapaak, we have another girl-power film helmed by a woman director. Bareilly Ki Barfi maker Ashwiny Iyer Tiwari scripts an exhilarating tale about breaking stereotypes and defying all odds with Panga. The trailer is a #win and shows Kangana Ranaut effortlessly imbibing the walk and talk of a homemaker looking to fulfil her dream of becoming a kabaddi player. Scoring with its middle-class milieu and boasting an eclectic cast, Panga promises to be both fun and feel-good.

Said to be a sequel to his 2009 film Love Aaj Kal, Imtiaz Ali brings together on-off couple Sara Ali Khan (dad Saif was the leading man of the first film, co-starring Deepika Padukone) and Kartik Aaryan for this love story that’s been shot in Rajasthan and Himachal Pradesh. Very little is known about this Valentine’s Day release, but the off-screen chemistry between Sara and Kartik promises a fun ride. Imtiaz’s Highway man Randeep Hooda co-stars.

If it was erectile dysfunction in Shubh Mangal Saavdhan, then Ayushmann Khurrana takes it upon himself to bust the taboos around homosexuality in Shubh Mangal Zyada Saavdhan. Hitesh Kewalya — who wrote the first film — debuts as director with this one. The promise of yet another cracker from Ayushmann apart, our eyes are on the Badhaai Ho pair of Gajraj Rao and Neena Gupta.

Bhoot: Part One — The Haunted Ship

Vicky Kaushal had a lone release — the blockbuster Uri — last year. Bolly’s newest heartthrob promises to kick off 2020 on a chilling note with Bhoot, co-starring Bhumi Pednekar. Vicky and Bhumi play a couple stuck alone on a haunted ship, with whispers that the Bhanu Pratap Singh directorial, that’s produced by Karan Johar, is inspired by the 2002 Holly film Ghost Ship. Let’s wait and watch!

Anubhav Sinha — who examined caste-based politics in Article 15 last year and the “us vs them” divide in Mulk in 2018 — is all set to deliver another slap on the system with Thappad. Teaming up with Taapsee Pannu once again after Mulk, Sinha casts a keen eye on gender politics in his latest film that’s been shot in Lucknow and Delhi.

Two years after his last release Karwaan, Irrfan Khan is set to return to the screen with Angrezi Medium, the follow-up to his 2017 winner Hindi Medium. Cocktail man Homi Adajania directs this “common man story” , that also promises a zinger from Kareena Kapoor Khan, with Mard Ko Dard Nahi Hota girl Radhika Madan bringing up the rear. Glimpses from the film’s shoot in Udaipur — with Irrfan shooting immediately after his return from London after undergoing treatment for cancer — promise an entertaining-yet-packed-with-a-message watch.

Rohit Shetty and Akshay Kumar team up for the first time, with Shetty expanding his cop universe. Akshay’s Sooryavanshi storms into theatres all guns blazing, with Singham (Ajay Devgn) and Simmba (Ranveer Singh) pitching in with cameos. Katrina Kaif is the film’s leading lady, with all the material put out so far — including a split-second video of Sooryavanshi, Singham and Simmba spraying bullets and kicking ass — making us look forward to March 27.

The road to India’s historic World Cup win in 1983 is brought alive by Kabir Khan, who, save for Tubelight, has never let down his audience — with Ranveer Singh slipping into the skin of skipper Kapil Dev. An inspirational theme and an underdog template make ’83 a film to watch out for. An interesting line-up of actors — we have our eyes on Tahir Raj Bhasin as Sunil Gavaskar and Saqib Saleem as Mohinder Amarnath, with Deepika Padukone playing Kapil Dev’s wife Romi — makes ’83 a potentially exciting watch.

Two years after October, Shoojit Sircar returns with a curiously titled film that sees him reunite with long-time collaborator Amitabh Bachchan, with Vicky Donor man Ayushmann Khurrana thrown into the mix. Bachchan’s look in Gulabo Sitabo — the result of genius prosthetics — contributes to the film’s intrigue that’s been written by Juhi Chaturvedi, whose pen has given us gems like Piku and October. “It’s a typical Shoojit Sircar film… slice of life and unique,” is how Ayushmann recently described Gulabo Sitabo to The Telegraph.

Twenty five years after he made Govinda and Karisma Kapoor dance to Main toh raste se jaa raha tha, David Dhawan hits remake road for Coolie No. 1, in which he directs son Varun and Sara Ali Khan. While the film’s poster — featuring Varun and Sara — promises a paisa-vasool ride, we are hoping that the film’s as-good-as-it-gets comic lineup — Paresh Rawal to Jaaved Jaaferi, Rajpal Yadav to Johny Lever — brings on the ha-has.

Who better than Vidya Balan to slip into the sari of real-life math genius Shakuntala Devi, who was known as the “human computer”?! The film’s quirky first look, featuring Vidya, promises a good time in cinemas this May, with Tolly man Jisshu Sengupta said to be playing Shakuntala Devi’s husband Paritosh Banerji. Her last outing as a real-life character — Silk Smitha in The Dirty Picture — won Vidya a National Award. So... do the math!

“Oh my god... is that Akshay Kumar?!” was our first reaction when we spotted the Khiladi in the first look of Laxmmi Bomb. Described as a “horror comedy”, Laxmmi Bomb also stars Kiara Advani, with Akshay — who has stepped into diverse roles over the last few years — admitting that he’s venturing out of his comfort zone with this one. “A character I am both excited and nervous about,” are the words with which the 52-year-old superstar unveiled his look — red sari, nose pin and bindi — last October.

Facing off against Akshay on the same Friday will be Salman Khan who returns with his patent Id biggie. This time it’s Radhe — said to be a follow-up of sorts to his 2009 hit Wanted. Prabhu Deva, who directed Salman both in Wanted and the recent Dabangg 3, will helm the film that sees the superstar romancing his Bharat co-star Disha Patani. The film’s announcement poster — Salman firing on all cylinders — promises a box-office juggernaut.

Yeh Jawaani Hai Deewani man Ayan Mukerji’s long-in-the-making superhero film — in which he teams up yet again with best buddy Ranbir Kapoor — will most probably be in theatres this May. Said to release in two parts (the second part arrives a few months later), there’s very little that’s known about Brahmastra that boasts a heavy-duty cast, including Amitabh Bachchan and Alia Bhatt. Brahmastra will reportedly also release in 3D and IMAX alongside the standard format.

The dodgy prosthetics have divided the audience, so has the film’s teaser, but Kangana Ranaut has the ability to spring a surprise, more often than not. Kangana will play actress-turned-politician J. Jayalalithaa, whose life and career witnessed ups and downs, most often mired by controversy, in this trilingual film. Roja man Arvind Swami plays Jayalalithaa’s mentor M.G. Ramachandran.

Two decades after the eminently forgettable Kartoos, Mahesh Bhatt returns to the director’s chair to direct daughter Alia for the first time. Sadak 2 — the sequel to Bhatt’s 1991 film Sadak — also stars Aditya Roy Kapur, with Sanjay Dutt and Pooja Bhatt, the leads in the original, making appearances. Jisshu Sengupta has a pivotal role in the film.

Thirteen years after Bhool Bhulaiyaa, Kartik Aaryan will don Akshay Kumar’s saffron robes in its sequel. The film’s original cast — Akshay, Vidya Balan and Shiney Ahuja — are missing, with Kiara Advani, currently on a purple patch, stepping in. Anees Bazmee takes over the directorial reins from Priyadarshan. The big surprise? Tabu plays an undisclosed role in the film.

Set in the 1800s, Shamshera — directed by Agneepath man Karan Malhotra — focuses on a dacoit tribe who fought for their rights and independence against the British. Ranbir Kapoor is rumoured to be playing a double role, with Vaani Kapoor and Sanjay Dutt — who once again steps into the antagonist’s role after Panipat — making up the rest of the A-list cast. Parts of Shamshera have already been shot in Mumbai and Ladakh.

The 2019 heartwarming Telugu film — about a talented but failed cricketer who returns to the game in his late 30s — is being remade with the same title in Hindi, Shahid Kapoor in the lead. Jersey — that marks Shahid’s second straight remake after last year’s mammoth hit Kabir Singh — also stars Shraddha Kapoor and is helmed by the original film’s director, Gowtam Tinnanuri. The Telugu film was a hit with both critics and cinegoers. Will Shahid, who has picked up the willow to train extensively for his part, be able to recreate the magic?

Announced immediately after he was forced to abort Inshallah (allegedly due to creative differences with leading man Salman Khan, leaving the film’s heroine Alia Bhatt in the lurch), Sanjay Leela Bhansali is now fully focused on Gangubai Kathiawadi, with Alia playing the titular character. The ambitious project is reportedly based on a chapter of S. Hussain Zaidi’s book Mafia Queens of Mumbai and tells the story of Gangubai Kathiawadi, a brothel owner and matriarch. SLB and Alia is a match made in movie heaven and we can’t wait!

The last time they teamed up together, Bhaag Milkha Bhaag was born. In October, Rakeysh Omprakash Mehra will direct Farhan Akhtar in yet another sports film with an underdog theme and template. Toofan tells the story of the resilience of a boxer and the film’s posters, with a beefed-up Farhan walking the talk, as well as videos of the actor training hard for his part, promise a watch well worth your time and money.

Shoojit Sircar’s long-cherished project — he had initially planned it with Irrfan Khan before the actor fell ill and bowed out of films for some time — will have Vicky Kaushal playing the eponymous revolutionary, best known for killing Michael O’Dwyer as revenge for the Jallianwala Bagh massacre. Sardar Udham Singh, penned by Pink man Ritesh Shah, has been shot across Russia, London, Ireland, Germany and India. The first look shot in St. Petersburg — of Vicky sporting a scar and looking straight into the camera — is a winner already.

Akshay Kumar, currently on a dream run, will play legendary king Prithviraj Chauhan in this Yash Raj Films production that will be directed by Chandraprakash Dwivedi, who knows a thing or two about historicals, having helmed the much-acclaimed Doordarshan TV series Chanakya. Former beauty queen Manushi Chhillar makes her acting debut with this big-budget film.

Extensively shot in Calcutta in late 2019, Maidaan has Ajay Devgn stepping into the shoes of real-life football coach Syed Abdul Rahim, regarded as the architect of modern Indian football. South star Keerthy Suresh makes her Bolly debut with this film. A gamut of Tolly faces — Rudranil Ghosh to Amartya Ray — star in the November release.

After Laxmmi Bomb, this is yet another Akshay Kumar look that has us intrigued. The man — in his third big release of the year — plays the title character in this remake of the 2014 film Veeram, the story of a kind-hearted villager who takes on the enemies of his fiancee’s father. Akshay’s Housefull 4 heroine Kriti Sanon co-stars.

This Aamir Khan biggie is the Bolly remake of Forrest Gump, the iconic film about a simpleton who unwittingly influences several defining historical events in 20th century United States, and won Tom Hanks an Academy Award for Best Actor. Aamir, who true to form has changed body and body language for his part in the Christmas release, was recently in Calcutta canning some portions of the film that reunites him with his 3 Idiots co-star Kareena Kapoor Khan. We. Cannot. Wait.