Advertisement
Home / Entertainment / Waiting for Shabaash Mithu? Here are some Taapsee Pannu-starrer sports films you must add to the watchlist

Waiting for Shabaash Mithu? Here are some Taapsee Pannu-starrer sports films you must add to the watchlist 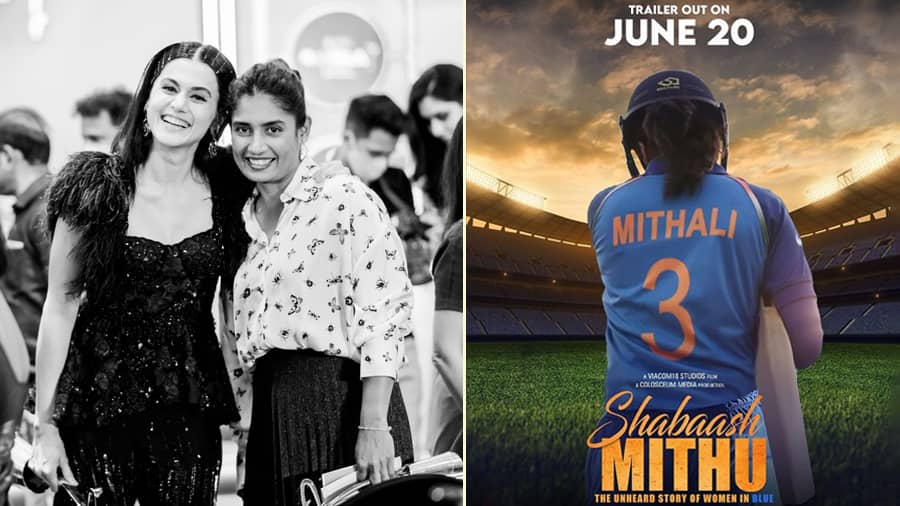 Taapsee Pannu-starter Shabaash Mithu trailer went viral on social media since its release on June 20, with the actress’ portrayal of former team India captain Mithali Raj winning applause all over the internet. Shooter, hockey player, athlete, and now a cricketer — Taapsee’s knack for recreating on-field sports drama on screen is quite evident in her past projects. As her fans eagerly wait for the release of Shabaash Mithu, here are some of Taapsee’s films they can watch to see her in action as a sportsperson:

This is a biographical sports cinema based on the life of Arjuna awardee Sandeep Singh, the current sports minister of Haryana. Soorma has Diljith Dosanjh in lead role alongside Taapsee playing the on-screen role of hockey player Harpreet Kaur. The film was directed by Shaad Ali of Saathiya and Bunty Aur Babli fame.

Catch the film on Netflix today!

A biographical film by Tushar Hiranandani and produced by Anurag Kashyap, Saand Ki Aankh is based on sharpshooters Chandro and Prakashi Tomar.

In the film, Taapsee plays the character of Prakashi as Bhumi Pednekar dons the hat of Chandro. This inspirational film on going against the tides and carving one’s own niche also had Taapsee acquire air pistol and rifle shooting skills.

If you haven’t watched the film yet, stream it on Zee5.

A film based on the life of a small town girl’s grit and struggle to become a national level athlete.

But, what happens when she is asked to take a gender test?

Watch the on film Zee 5 to know more.

Adapted from Tom Tyker’s Run Lola Run, the award-winning German film from 1998, Akash Bhatia-directed Looop Lapeta has Taapsee and Tahir Raj Bhasin in lead roles. Taapsee as Savina ‘Savi’ Borkar, whose sports career came to a halt because of a knee injury, is a must-watch as the powerhouse actor steals the show in the comedy thriller.

The film is streaming on Netflix.