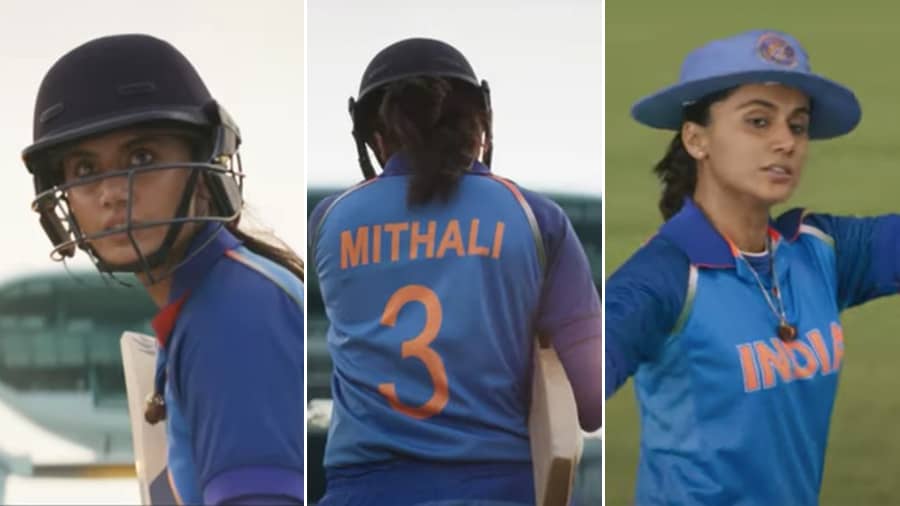 The film is set to hit theatres on July 15. Shabaash Mithu trailer received more than 4 lakh views on YouTube only in a few hours since its release on Monday by Viacom 18 Studios.

The 2-minute-44-second trailer shows glimpses from the inspirational life of Mithali, the highest run scorer in international women’s cricket and an inspiration for several budding women cricketers in India. It shows Mithali’s journey not only as a cricketer but also as a woman sportsperson fighting for parity in a male-dominated sport.

Mithali Raj also took to social media sharing the trailer. She wrote, “One game, One nation, One ambition… My Dream! Grateful to the team & excited to share my story with you all!”

Director Srijit Mukherji shared the official poster of the film on Instagram and wrote, “Here's a sneak peek at our attempt to portray the extraordinary tale of Mithali Raj. An icon, A Legend and An Inspiration!”.

The film has been written by Priyan Aven who makes her debut as a screenplay writer with Shabaash Mithu. Amit Trivedi has provided music for the film with lyrics by Swanand Kirkire, Kausar Munir and Raghav M. Kumar, and sound designed by Academy Award winner Rasool Pookutty.