Advertisement
Home / Entertainment / Vijay Deverakonda poses nude in new poster of ‘Liger’, says ‘I give you everything!’

Vijay Deverakonda poses nude in new poster of ‘Liger’, says ‘I give you everything!’ 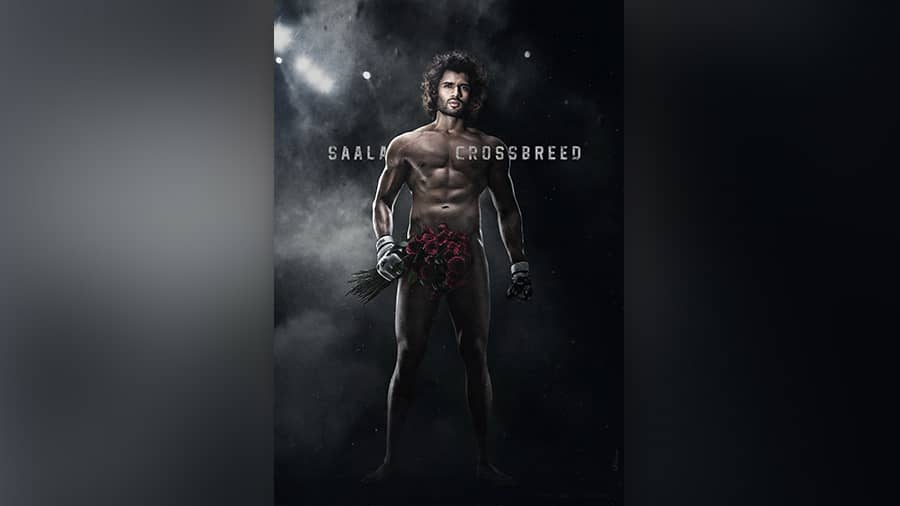 Telugu star Vijay Deverakonda has said that playing the role of a boxer in his upcoming sports action film Liger has been his most challenging role “mentally and physically”.

Helmed by Temper and Romantic director Puri Jagannath, Liger features Deverakonda as an underdog from Mumbai who competes in a Mixed Martial Arts tournament.

On Saturday, the Arjun Reddy actor dropped the sexiest poster from his upcoming pan-India film on Instagram and captioned it, “A Film that took my everything. As a performance, Mentally, physically my most challenging role. I give you everything! Coming Soon #LIGER.”

The poster featuring Deverakonda posing in the buff and holding a bouquet of flowers is making waves on social media.

Apart from Deverakonda, Liger stars Ananya Panday and Ronit Roy from Bollywood, and boxing legend Mike Tyson in an extended cameo. Liger is produced by Jagannadh, Charmme Kaur, Karan Johar and Apoorva Mehta, and will be distributed by Johar’s Dharma Productions.

On December 31 last year, Deverakonda shared a glimpse of Liger, and it was widely appreciated. The first look immediately drew a lot of eyeballs.

The Hyderabad-born actor recently tweeted a cryptic tease for Liger that read, “Please know that I hear you—your man has a plan at all times. ’10’ #Liger.”

Know that I hear you..
your man has always got a plan.

Liger will be released theatrically on August 25 in five languages - Hindi, Telugu, Tamil, Kannada and Malayalam.

The 33-year-old actor will also be seen opposite Samantha Ruth Prabhu in Kushi which is slated for a December 23 release, and then in Puri Jagannadh’s Jana Gana Mana opposite Pooja Hegde.

Deverakonda is best known for his work in coming-of-age and romantic Telugu films like Geetha Govindam, NOTA and Dear Comrade.