Advertisement
Home / Entertainment / Us is more ambitious than Get Out, and in some ways more unsettling

Us is more ambitious than Get Out, and in some ways more unsettling

Peele uses the metaphor of the divided self to explore what lies beneath contemporary America, its double consciousness, its identity, sins and terrors 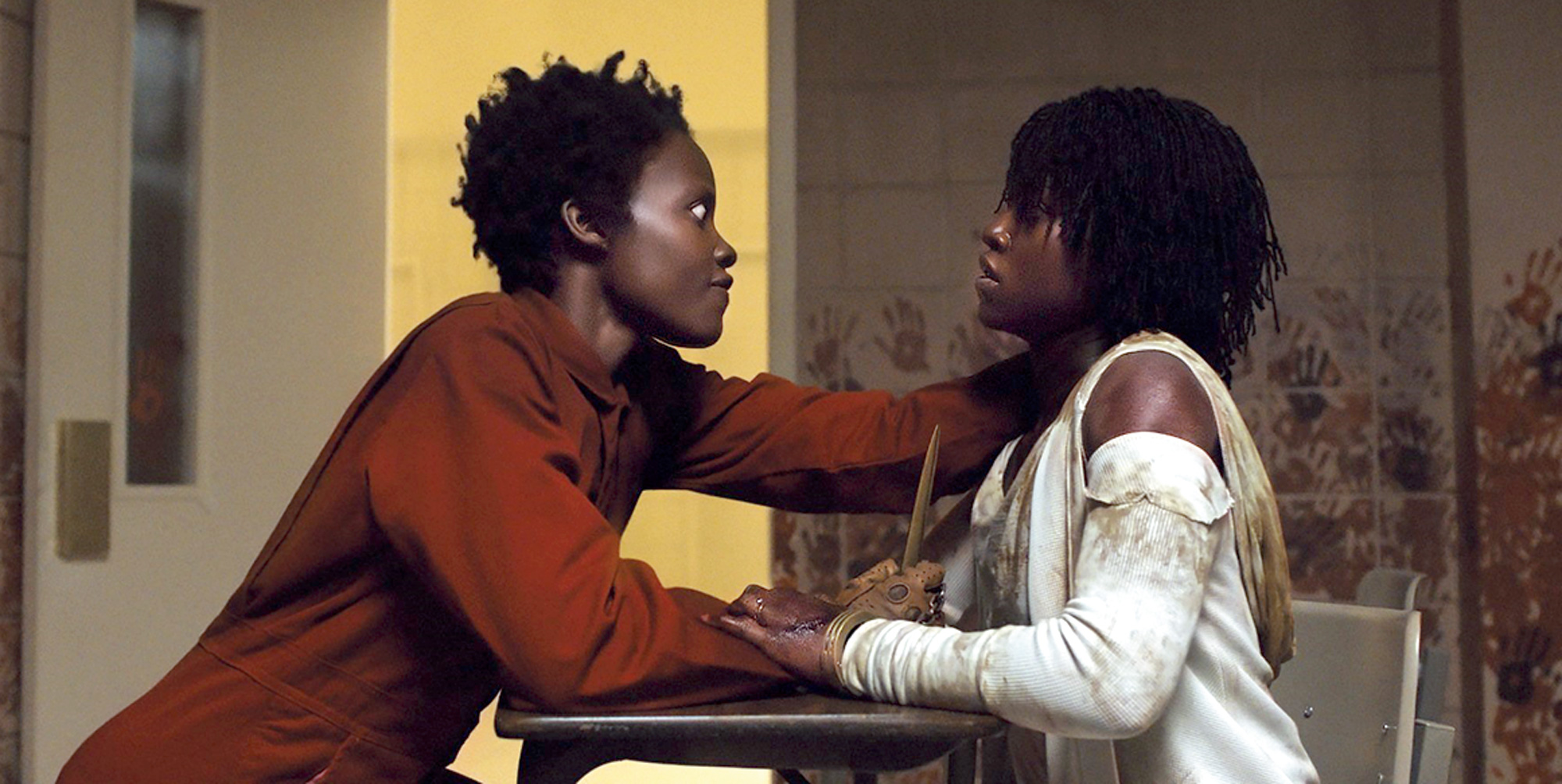 Jordan Peele’s new horror movie, Us, is an expansive philosophical hall of mirrors. Like his 2017 hit, Get Out, this daring fun-until-it’s-not shocker starts from the genre’s central premise that everyday life is a wellspring of terrors. In Get Out, a young black man meets a group of white people who buy — at auction — younger, healthier black bodies. What makes Get Out so powerful is how Peele marshals a classic tale of unwilling bodily possession into a resonant, unsettling metaphor for the sweep of black and white relations in the United States — the US, or us.

Us is more ambitious than Get Out, and in some ways more unsettling. Once again, Peele is exploring existential terrors and the theme of possession, this time through the eerie form of the monstrous doppelganger. The figure of the troublesome other — of Jekyll and Hyde, of the conscious and unconscious — ripples through the story of an ordinary family, the Wilsons, stalked by murderous doubles. These shadows look like the Wilsons but are frighteningly different, with fixed stares and guttural, animalistic vocalisations. Dressed in matching red coveralls and wielding large scissors (the better to slice and dice), they are funhouse-mirror visions turned nightmares.

The evil twin is a rich, durable motif, and it winds through Us from start to finish, beginning with a flashback to 1986 at a Santa Cruz, Calif., amusement park. There, a young girl (the expressive Madison Curry) and her parents are leisurely wandering the park. The girl is itsy-bitsy (the camera sticks close to her so that everything looms), and she and her parents maintain a chilly, near-geometric distance from one another. She’s clutching a perfect candied apple, a portentous splash of red and a witty emblem both of Halloween and Edenic forbidden fruit. Movies are journeys into knowledge, and what the girl knows is part of the simmering mystery.

The Wilsons, a family of four headed by Adelaide (a dazzling Lupita Nyong’o) and Gabe (Winston Duke), enter many years later, introduced with an aerial sweep of greenery. The bird’s-eye view (or god’s-eye, given the movie’s metaphysical reach) evokes the opener of Stanley Kubrick’s The Shining, a film Peele references throughout. A true cinephile, Peele scatters Us with nods and allusions to old-school 1970s and ’80s movies including Goonies, Jaws, A Nightmare on Elm Street. (One disturbing scene suggests that he’s also a fan of Michael Haneke.) But The Shining — another story of a grotesquely haunted family — serves as his most obvious guiding star, narratively and visually.

Peele likes to mix tones and moods, and as he did in Get Out, he uses broad humour both for delay and deflection. There’s a cryptic opener and an equally enigmatic credit sequence, but soon the Wilsons are laughing at their vacation home. It’s a breather that Peele uses for light jokes and intimacy (Duke’s amiable performance provides levity and warmth) while he scatters narrative bread crumbs. There’s a beach trip with another family, this one headed by Kitty (a fantastic Elisabeth Moss) and Josh (Tim Heidecker), who have teenage twin girls (cue The Shining). At last, the movie jumps to kinetic life with the appearance of the Wilsons’ doubles, who descend in a brutal home invasion.

The assault is a master class of precision-timed scares filled with light shivers and deeper, reverberant frights. Working within the house’s tight, angled spaces — soon filled with fluid camerawork and bodies moving to dramatically different beats — Peele turns this domestic space into a double of the funhouse that loomed in the amusement park. After much scrambling and shrieking, the Wilsons and their weird twins face off in the living room, mirroring one another. Adelaide’s shadow, Red (the actors play their doubles), takes charge and splits up the Wilsons, ordering her husband, daughter and son to take charge of their terrified others while she remains with Adelaide.

A vibrant, appealing screen presence, Nyong’o brings a tremendous range and depth of feeling to both characters, who she individualizes with such clarity and lapidary detail that they aren’t just distinct beings; they feel as if they were being inhabited by different actors. She gives each a specific walk and sharply opposite gestures and voices (maternally silky vs. monstrously raspy). Adelaide, who studied ballet, moves gracefully and, when need be, rapidly (she racks up miles); Red moves as if keeping time to a metronome, with the staccato, mechanical step and head turns of an automaton. Both have ramrod posture and large unblinking eyes. Red’s mouth is a monstrous abyss.

The confrontation between Adelaide and Red testifies to Peele’s strength with actors — here, he makes the most of Nyong’o’s dueling turns - but, once Red starts explaining things, it also telegraphs the story’s weakness. Us is Peele’s second movie, but as his ideas pile up — and the doubles and their terrors expand — it starts to feel like his second and third combined. One of the pleasures of Get Out was its conceptual and narrative elegance, a streamlining that makes it feel shorter than its one hour 44 minutes. Us runs a little longer, but its surfeit of stuff — its cinephilia, bunnies of doom, sharp political detours and less-successful mythmaking — can make it feel unproductively cluttered.

Peele’s boldest, most exciting and shaky conceptual move in Us is to yoke the American present with the past, first by invoking the 1986 super-event Hands Across America. A very ’80s charity drive (one of its organisers helped create the ’85 benefit hit We Are the World), it had Americans holding hands from coast to coast, making a human chain meant to fight hunger and homelessness. President Reagan held hands in front of the White House even while his administration was criticised for cutting billions for programmes to help the homeless.

In Us, the appearance of unity — in a nation, in a person — doesn’t last long before being ripped away like one of the movie’s masks. Peele piles on (and tears off) the masks and the metaphors, tethers the past to the present and draws a line between the Reagan and Trump presidencies, suggesting that we were, and remain, one nation profoundly divisible. He also busies up his story with too many details, explanations and cutaways. Peele’s problem isn’t that he’s ambitious; he is, blissfully. But he also feels like an artist who has been waiting a very long time to say a great deal, and here he steps on, and muddles, his material, including in a fight that dilutes even Nyong’o’s best efforts.

Early on, Peele drops in some text about the existence of abandoned tunnels, mines and subways in the United States. I flashed on Colson Whitehead’s novel The Underground Railroad, which literalises the network of safe houses and routes used by enslaved black Americans, turning it into a fantastical subterranean passageway to freedom. In Us, Peele uses the metaphor of the divided self to explore what lies beneath contemporary America, its double consciousness, its identity, sins and terrors. The results are messy, brilliant, sobering, even bleak — the final scene is a gut punch delivered with a queasy smile — but Jordan Peele isn’t here just to play.