Their target? Take on — head-on — topics and myths that get forwarded by “uncles”, mainly through WhatsApp 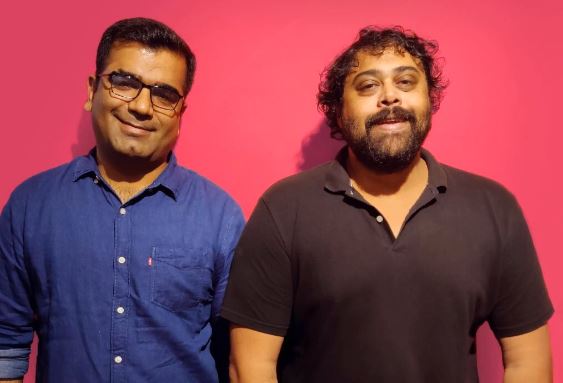 Both have a background in comedy and now both have turned podcasters. A few weeks ago Tushar Abhichandani and Joel Pereira launched their first podcast, Uncle, Please Sit!, with the help of IVM Podcasts (Indus Vox Media Podcasts). Their target? Take on — head-on — topics and myths that get forwarded by “uncles”, mainly through WhatsApp. You can check out the podcasts on IVM, iTunes, Spotify and Google Podcast. Meanwhile, here’s what the duo told The Telegraph.

When Uncle, Please Sit! launched in early March, how were guys feeling?

Tushar Abhichandani: We were very confused. Because it’s one of those things where you’ve done all the work and you’ve put something out. So far most of the reactions we’ve received have been positive.

How was this podcast conceived?

Tushar: Joel and I are friends and we have been so for the past decade or so. And we do this thing a lot… where all of us hang out and eventually, a few whiskys down, we have these long conversations about things and issues. Both of us are slightly nerdy I guess and we also have a background in journalism, so there are relevant issues… as well as current affairs. So for the longest time people were like: ‘Why don’t you guys put something out and express these opinions in public?’ We got the opportunity recently because IVM (Podcasts) helps out with a lot of stuff related to podcasts and recently we got to talk to Kavita Rajwade, who is the co-founder of IVM. We pulled out a bunch of ideas and this is what we wanted to do.

Why is it called Uncle, Please Sit!?

Joel Pereira: It’s a reference to the last episode of Game of Thrones. You have this council and questions are being discussed about the future and so on. One of the senior members gets up and says: “I think, as a person with age and experience, I should be the one deciding this thing”, whereas in the whole show it’s the young people who have done all the stuff. And one of the characters (Sansa Stark) looks at him piercingly and tells him: “Uncle, please sit”. It’s a popular Internet meme as well and considering our society, age and experience are considered to be benchmarks for truth telling or things that are factual when realistically it’s not, especially with the amount of misinformation that is going around.

Tushar: It’s also a sort of metaphor for all these drawing-room uncles. We’ve all been at house parties and family functions where you always have one old uncle who gives lectures about what’s wrong with the country, obviously a lot of it is based on fake information. Deep inside, the information is based on bias and prejudice.

Joel: ‘Uncle’ is also a metaphor for anyone who is not making the effort to verify what is being said.

What’s the objective of the podcast?

Tushar: I remember when the Internet became popular in India. I was in my late teens and there was so much optimism about it. And what we have today is so much nonsense out there. There has always been misinformation out there but the problem with it now is that it’s maligned, it’s intentional and we’re seeing the effect of it. People use it as a weapon. You have all these “whole truths” that everyone agrees on but no one knows if they’re even factual.

Tushar: What we have are more like issues. We’re not going to fact-check if ‘this released this week’! It’s going to be more like… for example, in one of our episodes we look at myths around the middle class. We’ve taken an overall, semi-deep dive into issues. We look at a lot of things, especially misconceptions. And we have countered them with facts which are available in the public domain.

How does the podcast stand out?

Tushar: What we have tried is to not make it too heavy because there are a bunch of really good podcasts that are dealing with a lot of issues. Our goal is to make it a fun, conversational podcast. We both have a background in stand-up comedy; I am a stand-up comedian and Joel has produced On Air with AIB. So we’re trying to create a format where we’re putting out a lot of interesting information but we’re also not making it very serious and dry.

Joel: A lot of banter, a lot of fun… it’s basically that. These misinformed opinions are not communicated necessarily in academic forums (chuckles). They are mostly communicated at social gatherings or family WhatsApp groups where the atmosphere itself is informal. We wanted to kind of replicate that scenario with facts, information and opinions which are grounded in verified data.

How do you think uncles are responding to your podcast?

Joel: I shared the podcast on my family group and a lot of my uncles responded saying, “You should thank us for giving you all this information to share.”

Tushar: I’m pretty sure the name will be misinterpreted by a lot of people because they’re not aware of the meme and Game of Thrones. Hopefully, as time goes by, we will crack that audience as well.