Advertisement
Home / Entertainment / The Wandering Earth: A spectacle to behold

The Wandering Earth: A spectacle to behold 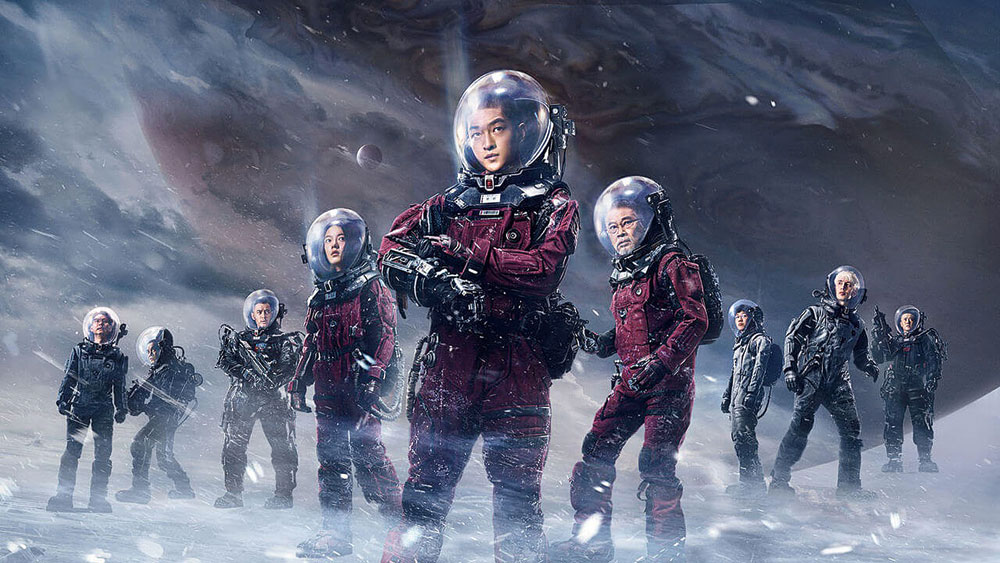 Even as Avengers: Endgame is breaking box-office records fast and furious, the third biggest hit of 2019 and the second-biggest non-English blockbuster of all time has dropped without any fanfare on Netflix.

The Wandering Earth, an ambitiously mounted and epically executed sci-fi film in the Chinese language (with English subtitles on Netflix), is a giant leap forward for non-Hollywood tent-pole cinema.

Loosely based on the novella of the same name by award-winning Chinese author Liu Cixin, The Wandering Earth, directed by Frant Gwo, boasts all the tropes that sci-fi buffs will be familiar with. It’s perhaps the most visually stunning cinematic experience one would have seen in a long time — even on the small screen, the scale and size of its VFX ambition is epic — and it scores with a strong emotional core.

Some suspension of disbelief is a given when it comes to many films in this genre, and The Wandering Earth is no exception — it brings to the fore a seemingly ridiculous concept (that shot of a man in a spacesuit firing a machine gun at Jupiter will stay with you even after the end credits roll) but executes it in a way that is both engaging and entrancing.

Set in the far future, The Wandering Earth imagines a world that’s threatened by an ever-expanding sun. The impending apocalyptic doom forces the nations of the world to get together and form the United Earth Government, a project that will push earth out of its existing solar system and propel it towards a new one, a journey that will take 4.2 light years or 2,500 earth years. Giant thrusters running on fusion power are built across the planet to drive this journey through space.

The film narrows down the epic to the personal by focusing on young Liu Qi (Qu Chuxiao) whose astronaut father left him in his grandfather’s care as a child to participate in the space mission to navigate earth out of the solar system. Seventeen years later, Liu Qi, curious about what life above the surface looks like and also mildly reproachful towards his father for abandoning him as a kid, sneaks his way up to the surface — adopted sister Duoduo (Zhao Jinmai) in tow — but once up there, he finds himself embroiled in a life-altering expedition, that includes saving earth from the gravitational spike of Jupiter.

The Wandering Earth deserves to be lauded for its sheer ambition and the way in which every shot and scene is mounted. Whether it’s the snow-covered surface of the earth, the blazing sky or the imaginative interpretation of Jupiter’s Great Red Spot, the visual effects are of the highest standard and will leave you gaping. The scene where Liu Qi and his co-passengers pull out all the stops to survive an earthquake is eyeball grabbing. The post-production and special effects work on the film took two years, which included more than 10,000 specifically built props and 2,000 special effects shots. This is a film that definitely deserved a worldwide IMAX release.

The Wandering Earth borrows generously from the genre’s iconic outings — Apollo 13 to Armageddon to Interstellar — but, aided by several cool set pieces, manages to make the story its own. The film does feel manufactured in parts, but it’s so action packed that you gladly sign up for the no-holds-barred entertainment. What sets this film apart from others of its ilk is that it uses earth itself as the vessel for its narrative.

Not all of it is great though. Much of the plot is dipped in syrupy sentimentality and is peopled with stock characters — the rebellious young man, the sacrificing father, the archetypal villain and even a ‘crazy’ Russian astronaut like in Armageddon. The acting is clunky in places, but Wu Jing, one of the better actors in Chinese cinema who plays the central role of Liu Peiqiang, does much of the heavy lifting.

Executed on a budget of $50 million — compare that to the whopping $350 million budget of Endgame — The Wandering Earth may not be among the genre’s best, but is decent escapist entertainment. Hop along for the ride!