When co-actors didn't get along on his sets, filmmaker Vishal Bhardwaj had to 'learn the art of conning' 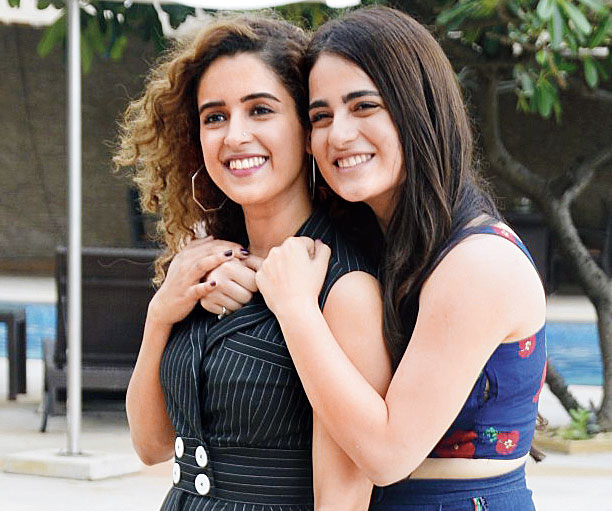 When actors on his sets don't get along, filmmaker Vishal Bhardwaj uses an age-old trick. He cons them. 'You have to learn the art of conning,' he said recently. What exactly that entails will stay his trade secret.

Bharadwaj confessed that sometimes co-stars don't get along with each other. 'It has happened. And I had this fear with Sanya and Radhika also. That if jealousy creeps in between them then my life will become difficult here also,' he said. His latest directorial, Pataakha, featuring Sanya Malhotra and Radhika Madan, is about two sisters squabbling with each other constantly.

'But their relationship was so beautiful and healthy. Both of them are beautiful human beings. I enjoyed working with them a lot,” he said.

The film — releasing on September 28 — is based on Charan Singh Pathik’s short story Do Behnein. Bhardwaj — who has adapted William Shakespeare’s Macbeth, Othello and Hamlet for the big screen — said, with this movie, “after a very long time” he has enjoyed filmmaking and felt truly liberated.

“I haven’t worked with huge superstars. Not only me, if you ask any director he or she will tell you that the energy that newcomers come with, the amount of learning we get and the energy that gets transferred to us is unparalleled. Once I was talking to Mani Ratnam and he told me ‘It will be the first time you will feel that you were earlier a slave and now you are free’,” he added.

He said with Pataakha, he had the good feeling about going on set everyday something which does not happen “with some actors.” “This is the feeling you get when you work with newcomers. Seriously, I was reminded of my early days as a director. I used to look forward to going on the set,” the director said.