It's a toss-up between unviable nostalgia and hard-nosed pragmatism 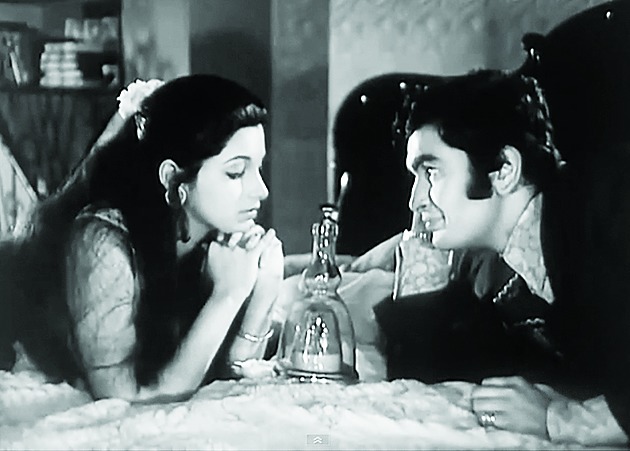 When a renowned television channel came to me for a bite on the sale of the iconic RK Studios in Chembur, Mumbai, and one thereafter heard a whole lot of unrelated people go "tut-tut" over the loss of yet another heritage-like property, it seemed like unviable nostalgia was prevailing over hard-nosed pragmatism.

As I told the TV channel, RK Studios had become a landmark on your way out of the city. "Turn left after RK" sort of traffic instruction. With other faster options opening up, one stopped going via RK even when driving out of Mumbai. And the truth I recorded was, RK was the studio where I began my career as a journalist. But RK was also the studio I hadn't stepped into for over 15 years. And that's how it's been for the rest of the people connected with the film industry.

If scribes and friends have wistful memories of good times spent at the studio, the family of five children (Ritu Nanda, Randhir, Rishi, Rajeev and Rima Jain, not necessarily in that order) must have many more reasons than you and me to want to hold on to it. But it's like taking a call on when to pull off the life support of a loved one. So if the Kapoors have taken the tough decision to let it go, it is a sign of mature practicality; it would be foolish to cling to a white elephant for purely sentimental reasons when it's milking them dry.

Number 8 is significant in the story of RK Studios. Raj Kapoor had set it up in his tender twenties. He was barely 24 years old when RK Studios was built in 1948, with Aag his first as a filmmaker. He died in 1988, 40 years later, signing off with a blockbuster swan song in Ram Teri Ganga Maili. And in 2018, 30 years after his demise and 70 years after he'd set it up, RK Studios is up for sale.

Changing circumstances have to be embraced.

This was the studio where I, still a college girl, had taken BEST bus No. 4 and gone in to meet Raj Kapoor with a letter of introduction from his friend, publicist and writer V.P. Sathe. I was holding a Harold Robbins book in my hand and when Raj Kapoor asked me about it, I told him it's nice but it's got pornography. Incest. Father-in-law-daughter-in-law stuff. And he said, pornography is good.

Raj Kapoor was shooting Bobby inside and those were days when the media meant just a handful of journalists, so we were always welcome. Raj Kapoor introduced me to Rishi (who hated being called Chintu and swore he'd never give pet names to his kids), Dimple and Rahul Rawail (his assistant who later went on to become a successful director).

While Raj Kapoor filmed a scene with Dimple inside with his family-like team led by cameraman Radhu Karmakar, Rishi, Rahul and I - who were more or less the same age - sat outside and chatted as three teenagers would. A few months later, I watched an uncensored Bobby with Raj Kapoor and his crew in his little preview theatre upstairs, and gasped at Rishi's nude shot when Aruna Irani burst into his room.

This was also the studio where I interviewed Raj Kapoor before the release of Satyam Shivam Sundaram, after going with him to his farm in Loni, where he shot the film. He was a few generations older than me and was more comfortable with my editor and a very cheeky but highly successful columnist called Devyani Chaubal. So, every time I asked him an inconvenient question (about Zeenat's famous wet white sari without a blouse which showed more than it hid), he'd send for his PRO Bunny Reuben, complain, "Look what she's asking me," and proceed to give me great copy.

RK Studios was where I did my last photo session with him. He was in his famous cottage, dressed in pristine white kurta-pyjama. (Much later in life I learnt that white was a luxury colour, far too difficult to maintain, and only the privileged could really afford to wear it.) I bullied him into adding a red scarf to give it a bit of colour. But he didn't approve of my giving any instructions to Sanil, a veteran photographer. Respect to senior colleagues was something he absolutely and rightly insisted on.

That was also the day I asked him what was the best thing that had happened to him that year. His face broke into a broad smile as he said, "It's easily the birth of my first grandson. I do have a grandson from my daughter Ritu but her children are Nandas, not Kapoors. The birth of Rishi's son, Ranbir, is the biggest joy of this year for me." You can calculate how long ago this photo shoot happened.

So happy memories, yes. But much has happened between then and now. Mandakini, who made waves with Ram Teri Ganga Maili consorted with the underworld and is now married to a Tibetan, far away from the film industry. Hero Rajeev Kapoor (Chimpu) lives more in their farm in Pune than in the glamour world.

Raj Kapoor's sons tried valiantly to keep the flag aflutter. Randhir helmed Henna (1991) on a template Raj Kapoor had finalised but he didn't attempt another film of his own ever after. All three brothers pitched in when Rajeev made Prem Granth in 1996 but it tanked and Chimpu went into premature retirement. In 1999, Rishi himself directed Aa Ab Laut Chalen (title inspired by his father's evergreen Mukesh number from Jis Desh Mein Ganga Behti Hai).

But the harsh truth was, after Aa Ab Laut Chalen met with failure, the RK banner remained inactive. And in the last few years, the way-out studio was rarely booked by any outside producer for a shoot.

Times change, people change, equations change. Henna heroine Zeba Bakhtiar, who was in a relationship with Javed Jaffrey, went home to Pakistan, married Adnan Sami and is mother to his son Azaan. Ashwini Bhave, the other heroine of Henna, lives in San Francisco with husband Kishore and their two children.

Only Rishi Kapoor, the hero of Henna, continues to be brilliant at his work and feisty as ever in his real life.

So is a slice of cinematic history vanishing with the sale of RK Studios? When one chapter closes, another opens. Prabhat Studio in Pune used to evoke nostalgia in a generation much older than mine. It is now where the Film and Television Institute of India (FTII) stands, with many of its illustrious students including Shabana Azmi, Raju Hirani, David Dhawan, Shatrughan Sinha and Naseeruddin Shah keeping cinema alive.

Similarly, if this Kapoor branch shuts down, Ranbir will one day open one of his own, call it what he wants, and start a new era. Rishi has often referred to it saying, when Ranbir wants to make a film, he'll make it under his own banner. It doesn't have to be under RK.

Meanwhile, the two-acre studio may give away to a residential high-rise. But with his films available at mouse-tip on the computer or television, Raj Kapoor's cinema will live forever. The body is dying, not the spirit.