Advertisement
Home / Entertainment / The secrets of India’s Most Wanted

The secrets of India’s Most Wanted 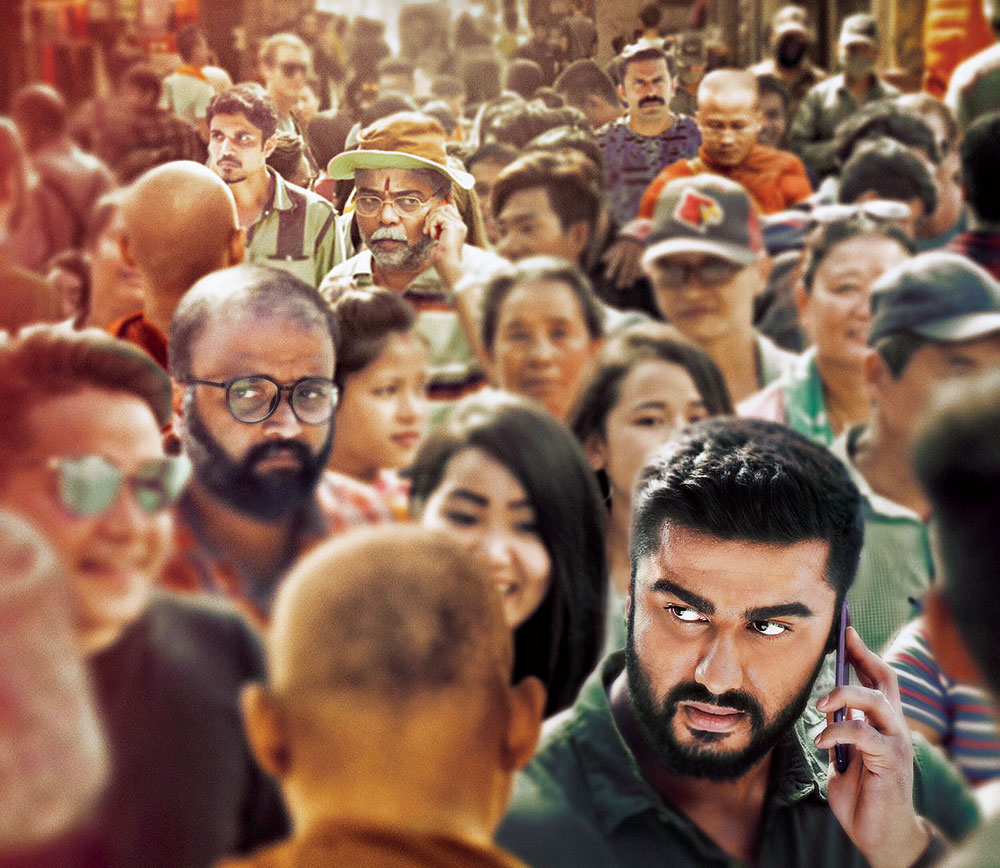 It’s no secret that director Raj Kumar Gupta has a penchant for recreating real-life stories on the big screen. His latest — India’s Most Wanted, that releases on May 24 — is inspired by a real-life operation to nab ‘India’s Osama’. At the helm of this operation is Arjun Kapoor as Prabhat Kapoor who vows to arrest this terrorist with the help of a ragtag team of intelligence officers. We met the director in his Aram Nagar office in Versova in Mumbai recently to know more about India’s Most Wanted.

Raid released a year ago and India’s Most Wanted is already ready for release. That’s quick work!

Yeah, Raid was in March last year. Normally, films take time. This film got made quickly because I’d been working on this script for a couple of years.

The film is inspired by true events. When you’re a storyteller or a writer, there are things that you hear and see that make you start thinking and touch you emotionally. I first read about this as a news report and then I heard about it from a few people. The idea that one of India’s most wanted had been captured and that, too, by very unlikely people in a different country and without firing a single bullet, really fascinated me.

Once I started my research, the layers started peeling off. I started meeting people and reading about it, and began to understand how our intelligence agencies work. When you think of the army or special forces, you have a very different impression, but people in our intelligence services you don’t hear about. They could be just anybody and look like anyone, but they could be saving thousands of lives from something we’re not aware of. That’s what made me want to tell this story.

The code of silence is very strong within this community. How did you go about your research?

(Pauses) I can’t get into the specifics of it. They don’t want themselves to be known because it’s part of their job and that’s how they work. Obviously, it wasn’t possible to meet the actual people who had carried out these operations. So, I spoke with people who were in the know. This was not easy, which is why it took me three years, from researching it to writing it. For a good eight-10 months, I was stuck with one paragraph that I had written based on what I’d heard and it lay on my table. One day, my partner and now my wife, Myra asked me why I’m not doing anything about it, and I remember telling her that I was at a dead end, because I had nothing. She just told me to try harder and that’s when I started calling everyone I knew, and somehow I began to collect information and began putting the pieces together.

How much of what we see on screen eventually would be real?

All I can say at this point is that it is inspired by a real-life event. Of course, we do add certain elements for cinematic value, but I’m always sensitive towards the material. I can’t attach a percentage to it. Whether it’s No One Killed Jessica or Raid, I always try to be responsible with the facts and the truth.

The promo talks about ‘India’s Osama’, who was responsible for hundreds of deaths, but one hasn’t really heard of a mastermind responsible for terrorism of those proportions...

(Smiles) Exactly! When I heard about this for the first time, I had the same question. It’s so fascinating, that we go about our daily lives and all we hear are big headlines. Then you come across something that is of that magnitude and could have been worse. This question is what triggered this film.

Your first film, Aamir, also dealt with terrorism. What has changed in the years since?

The tragedy, the casualties and the emotion attached to it will always be there, that will never change. But with social media, news and opinions, everything is so readily available now and the information travels very quickly... it’s more influencing, divisive and one-sided. Also, all the information coming through might not be true. That is something that has changed big time, and it’s up to the individual consuming this information to decide how to treat it, whether to accept it or not. That speaks a lot about how things have changed since 2007-08.

What is it about Arjun that made you want to work with him?

I think we have wanted to work together for some time now. After Raid’s trailer, he called to congratulate me and we were having a general discussion and I offered him this script. It was just an instinct. I had written it and he looked like the regular guy this script required, someone who could pass by without you even noticing. Of course, every time you cast someone, the actor-director thing needs to come together and there’s no way to know how it would turn out. So, it’s best to go by one’s instinct.

Hollywood has loved spy films for years, even having different varieties within the genre. But we seem to have discovered this genre with a vengeance in the last couple of years. How do you explain it?

To begin with, one has to also make a distinction. All the spy films that you see are very glamourised versions of what a spy’s life would be... my film is not that. When you talk to anyone from an intelligence bureau or RAW and show them the films that are being made, they would laugh at it. That isn’t the way they work, they can’t announce their arrival. If they did, there would be no departure time for them (laughs). That’s the biggest distinction one has to make, because those are films about special forces. These people work in real circumstances and face real danger... they aren’t superheroes wearing capes. They might even be people who don’t have money but have the passion to go and do something. That is where this film differs. Hollywood has also done it, but they’ve made this distinction — we have a long way to go.

What is it about these stories that call out to filmmakers? Is it the intrigue?

It’s the humaneness of it, but it differs from filmmaker to filmmaker. I would like to tell stories of real people working under real circumstances who go into real-life situations, feel real danger and how they deal with it in reality. My take would always be on that, rather than picking up a situation and making it look like a special forces operation—if I did that, it would be a completely different story. With due respect to everyone from the army to the special forces, when I’m making a film on the intelligence bureau, it has to be true to the nature of the job and the lives that they lead. That’s my integrity as a filmmaker and I would like to maintain that.

Do you know what you’re making next?

I’ve bought the rights for the life story of Ravindra Kaushik, who was nicknamed Black Tiger. He was one of the biggest RAW agents. I’m in the process of writing it and I can only make a decision on where it’s going once that’s done.