Advertisement
Home / Entertainment / The newsmakers of 2019 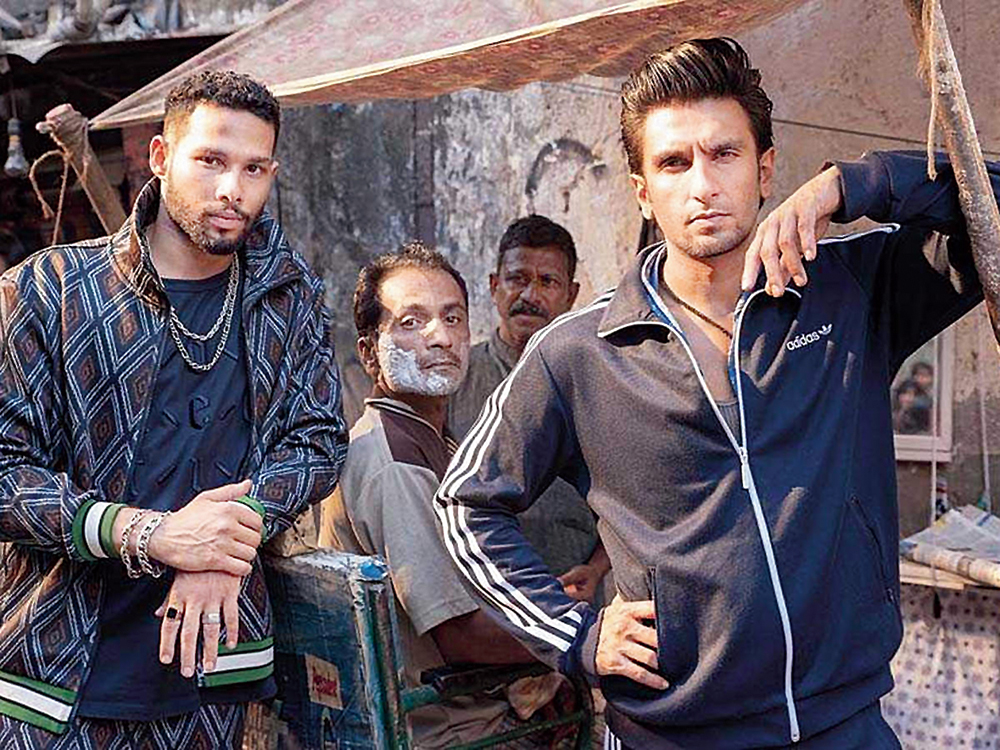 “The voice of the streets” was brought to the mainstream, with Gully Boy bringing the desi underground scene to the forefront.

A host of artistes — most prominently Divine and Naezy on whose lives the Zoya Akhtar film was loosely based — collaborated for its music, with leading man Ranveer Singh often chipping in with his voice. Dissent to desire, angst to attitude, the Gully Boy album was a blast, giving us gems like Azadi, Apna time aayega, Mere gully mein and Doori.

A scene from the movie
Source: ‘Kalank’

Boo-boo of the year: Kalank

Lavish sets to a seemingly epic story, Kalank had everything going for it. Add to that its as-big-as-it-gets cast. But save for one crackling scene between Sanjay Dutt and Madhuri Dixit and a few foot-tapping Pritam numbers, Kalank was a huge disappointment, with even the ever-dependable Alia Bhatt and Varun Dhawan coming up short. This was one big spectacle with zero soul.

A scene from the movie
Source: ‘The Sky is Pink’

Tearjerker of the year: The Sky is Pink

A gut-wrenching film that you were compelled to watch with a perpetual lump in your throat, The Sky is Pink — Shonali Bose’s film about life and death and also about everything that comes between life and death — made you empty out your box of tissues. The film spoke about loss and collective healing and touched upon both helpless vulnerability and a quiet innate strength that we need to dig deep within ourselves. Priyanka Chopra, back from a break, was the pivot around which The Sky is Pink revolved, giving us a film that ripped your heart into shreds and then pieced it together.

Vidyut Jammwal
(Sourced by The Telegraph)

Tiger Shroff and Hrithik Roshan’s power-packed moves may have propelled War to blockbuster status, but it was Vidyut Jammwal who quietly came up with two action-oriented money-spinners this year. While Junglee had the man playing saviour to a horde of animals, Commando 3, despite its corny plot and premise, brought in the crowds on the strength of Vidyut’s action — karate to Kalaripayattu to some good ol’ dishoom dishoom!

The scene from the movie
Source: ‘Article 15’

Power scene of the year: Article 15

Article 15 packed a punch in every frame, but many months later, we can’t forget those few minutes that played out between Nishad (Mohammad Zeeshan Ayyub) and Gaura (Sayani Gupta). A vulnerable moment filmed sensitively by director Anubhav Sinha, the scene had the couple — both Dalit revolutionaries committed to their cause — talking about their lost hopes and what could have been if they had been able to lead a normal life, marry, set up home and have kids. The idea of the deeply moving scene was based on two lovers getting just five minutes with each other without knowing what lay in store for them.

The scene from the movie
Source: ‘Saaho’

WTF of the year: Saaho

All eyes were on Bahubali man Prabhas in this big-budget film that ticked all the potential blockbuster boxes. But lazy writing, shoddy special effects and a largely incoherent Prabhas translated into a three-hour headache in the theatres. What got our goat? An (unintentionally) laugh-out-loud sequence that had Prabhas’s Saaho/Ashok facing off against a cobra, an ostrich and a black panther... in the middle of a Mumbai slum!

Cameo of the year: Mohit Raina in Uri

TV’s Mr. Popular made a seamless transition from screen small to big with his role of a courageous armyman who sacrifices his life for the country in the blockbuster Uri. Mohit Raina — who shot into the spotlight with his turn as Lord Shiva in the mythological series Devon Ke Dev... Mahadev — had limited screen time, but made quite an impression, owning the few scenes he was in. “People are saying to me, ‘We wanted more of you... we were looking out for you’”... is what Mohit told t2 about his Karan Kashyap after the film’s release.

A scene from the movie
Source: ‘Kabir Singh’

Polariser of the year: Kabir Singh

Anyone who had watched Arjun Reddy, the original Telugu film starring Vijay Deverakonda, knew what they were in for when they walked in for Kabir Singh. The film was quickly called out for its misogyny and toxic masculinity, with director Sandeep Reddy Vanga’s problematic and deeply patriarchal take on millennial relationships being severely criticised. But an uninhibited central act from Shahid Kapoor, some compelling moods and moments and hummable songs ensured that viewers flocked in droves (mostly to gauge for themselves what the fuss and furore was all about) to theatres, making Kabir Singh a Rs 300-crore-plus blockbuster. Even today, voices on both sides of the misogyny debate rage on.