The show is about how the characters react to each other in the new space with a lot of new characters and if they can rekindle their old friendship or love, says Nakuul 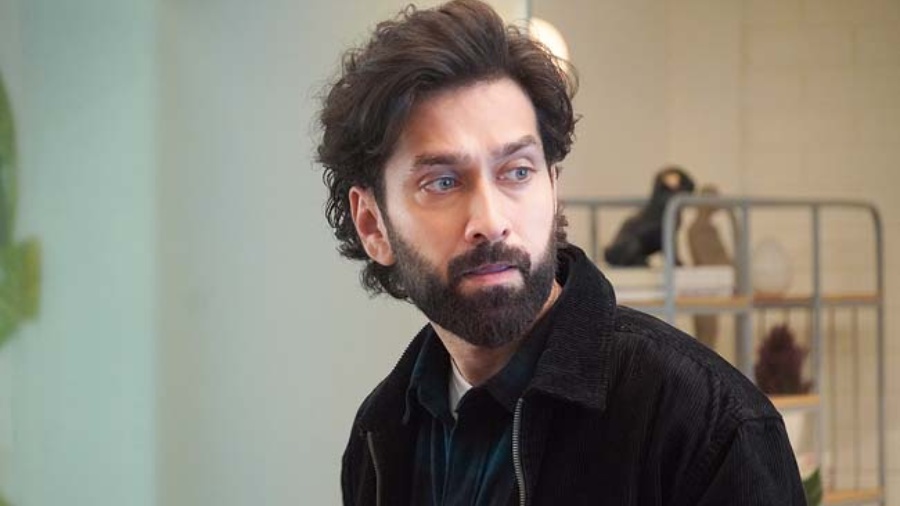 For me, what is unique about the show is for the first time I am getting to relive a character, Sumer Singh Dhillon. In the first season, childhood buddies Sumer and Tani were best friends who found love. Sumer proposes to Tani and they are looking at a life together. The new season starts two years later when Sumer and Tani have broken up. They start in a professional space where there is a lot of animosity but also a lot of past baggage. Their world has also got bigger. The show is about how the characters react to each other in the new space with a lot of new characters and if they can rekindle their old friendship or love.

What about the new characters who have joined?

There’s Karan Wahi and Sara Jane Dias. In a way, it’s a quadrangle. It’s how the modern world is, with so many choices, right? There are more layers to the show now.

This genre is so much lighter than the grim fare mostly coming on OTT.

Yes, it’s a breeze to watch this show unlike other heavy content that you find on OTT. A show like this provides a breath of fresh air. For me, I am getting to play a younger character and relive my days in my 20s in a world when life was less stressful, more carefree, it was the first time when you fell in love. These things never go out of fashion but few makers talk about this space now. Credit to Zee5 for betting on friendship and romance and going for a second season.

Did you expect a second season?

The first season was a surprise hit as it was coming with a bunch of other shows. But it took over the youth. It had a bunch of songs which no other show then had. The second season was to be based in London but we could not travel because of the pandemic. So it gave all of us a break and think about the character. We hope this season does well and we can do a third season next year.

Where and when did you shoot finally?

November to January in London.  Romance and friendship in the London winter had so much more to it and would have been difficult to recreate elsewhere. I was also shooting for Bade Achchhe… so I was here for 10 days and back for 10 days. We also had a Covid breakout on the sets — I, Anya, Sara, a lot of the crew got it. And there was the London cold. All of us felt we were making an action film!

Congratulations on the positive reviews for the second season of Bade Achchhe Lagte Hai 2, the reboot of the show from 10 years back.

Thank you. It is quite wonderful to gain acceptance by the industry and the fans.

Ram Kapoor, played by Ram Kapoor, was such a charismatic figure in the first season. Did you feel the pressure of matching up to him?

The first season came on air before I had joined the TV industry (2011-14). I used to admire the show as a member of the audience. It was only midway when the show was already a huge success that I started acting with Pyar ka Dard (Hai Meetha Meetha Pyara Pyara). As a professional actor, you look at shows and roles very differently. For me, it was an opportunity to create fresh memories for an entirely new audience. A lot of new people had started watching TV in the last 10 years. Ram and Priya have been among the most loved characters on Indian television in the last decade or two and being able to reprise them is a huge opportunity.

How much have they tweaked the storyline from the first season?

The character names and the broad story are still the same. But we have to understand that the world has changed in the last 10 years. So the context has changed. Ram still loves his family and the rain. I am told Ram Kapoor was 38 when he played the role, so am I. But today’s Ram, whom I get to play, is an absolute feminist. He is a sensitive man who cries at the drop of a hat. I am told he is a lot like what the older Priya, that is Sakshi (Tanwar) was. When different actors play the same role, they bring their own interpretation and experiences. It can never be the same.

Did you meet or work with Ram Kapoor?

My debut award for Pyar ka Dard… was handed to me by Ram and Ronit (Roy). I was so excited that I gave a long speech and Ram had to calm me down, saying “Don’t worry, award aur bhi milenge.” (laughs) Just before I started the show, both he and Sakshi were gracious enough to send me love and blessings.

Two iconic shows have been rebooted recently, the other being Pavitra Rishta.

If audiences have loved a show, there is always a curiosity when it is rebooted. Of course, such an effort comes with its baggage and expectations. But Bade Achchhe…2 is an example that an old show can be loved again if you can contextualise the story and make it relevant to the times you are living in. It is about to complete a year which means it has left a mark on the audience. I am very happy with the journey.

For viewers who did not watch the first season, what was the premise of the show?

It was mainly friendship, though love was an aspect. We were younger and in college. Season 1 came in January 2019. The next year the lockdown happened. There is a gap in time in the story as well in Season 2. The world has changed after the pandemic, so have the characters. They are out of college and are starting their lives.

You captioned a recent Instagram post as ‘love is getting crowded’. Karan Wahi’s character has entered the story in this season. Does that make it a triangle?

Not only Karan, there is Sara (Jane Dias). Tani is attracted to Karan, which is shown in the trailor. So love is getting crowded. Karan plays a struggling actor called Karan, Sara is Lavanya, the head of a studio called Miracle where Tani and Sumer work. Karan is one of the actors the studio has. Will Tani and Sumer get together or not is the question this season deals with. But it is not just romantic love. There is Bittu mama (played by Jaaved Jaaferi) also. The last season had ended on a cliff-hanger. Here too the end is interesting.

In your debut film Qaidi Band, you had done quite a few eye-popping things like offering manicure in prison and stealing money from a prisoner. What are you doing in this show?

Qaidi Band was a different world. Here, Tani is lost and she has no problem being lost. She is immature, child-like, stubborn, complacent and confused. She has no ambition.

How is your chemistry with Nakuul Mehta? In a post where you announce Karan Wahi joining the cast, Nakuul quips: “First return my boxers...”

(Laughs) Nakuul (Mehta) and I never rehearsed a scene. Both of us believe in the magic of the moment and wanted to see what happens when the camera rolls. Even off camera, he and I have a nice relation. We pull each other’s legs... we are great friends.

You have quite a few seasoned actors in the cast. How was it working with them?

Sara and Karan are seasoned actors who work to enhance a scene. Javed sir plays my Bittu mama. Niki Walia ma’am, as Happy Aunty, is there since Season 1 and she is the essence of the show. She plays my mother and is a warm radiant happy person. Javed sir has a brilliant sense of humour and improvs (improvises).

These days, the OTT space is flooded with crime and thrillers. A romantic drama is quite an aberration.

Exactly! The reason people have enjoyed the show in the past is because it is refreshing. We did not let the show get into a heavier space at all. Even if there is an emotionally heavy scene it was always complemented by humour afterwards. The music is nice. The styling of the show is so different from what you see on OTT.

Who do you look up to in the current generation?

Alia Bhatt. I think she is a phenomenal person. She is so real. That is something I admire about Anushka Sharma as well