The movie is structurally lopsided 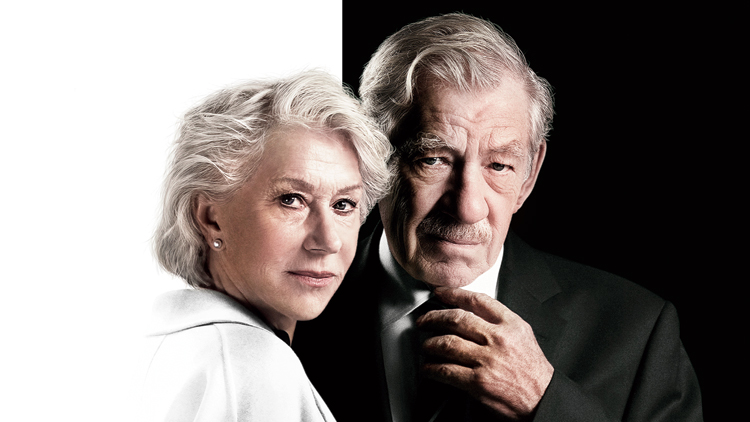 The Good Liar requires something stricter than a standard spoiler warning. To avoid ruining the film, you should not only stop reading this review, but also pass on seeing the movie, which tips its hand practically from the moment the main characters meet.

They meet — on a dating website, anyway — during the opening credits. As the film crosscuts between their online interactions, we see that they are already both liars, albeit in a mild sense. Roy (Ian McKellen) indicates that he is a nonsmoker even as he puffs on a cigarette at his keyboard. Betty (Helen Mirren) passes herself off as a nondrinker as she sips from a glass of wine. But when they get together in person, they hit it off quickly, with Betty charmed by Roy’s humor and turns of phrase.

The film, adapted from Nicholas Searle’s 2016 novel of the same title, is structurally lopsided. When not following the couple’s courtship, the movie stays with Roy, who is revealed to be not a charming and frail widower but a coldblooded con man with multiple schemes going at once. (Apart from the romance, he is involved in a plan to bilk shady investors of tens of thousands of pounds.) And he is dangerous: After telling Betty, for instance, that he will meet her for tea at Fortnum & Mason, he absconds to a tube station to commit a murder.

It is always fun to watch the creases in McKellen’s face as the gears turn in Roy’s head, and the actor appears to get a kick out of switching on a dime between fragile Roy and menacing Roy. But during her offscreen time, Betty is — what? Could a retired Oxford professor really be dumb enough to fall for the idea that she and Roy, who have by this point started living together but are still platonic companions, open a joint account? Why would Mirren, no one’s notion of a damsel in distress, take a role that allows her to be little more than a helpless victim?

Asking such questions is the wrong way to approach this movie, which involves several layers of misdirection.

Unfortunately, the director, Bill Condon, whose first film with McKellen was the much more interesting Gods and Monsters in 1998, is not an Alfred Hitchcock or a Brian De Palma — a filmmaker with a visual style seductive enough to offer distraction from the grinding plot mechanics, which are especially clunky here.

The sleight of hand The Good Liar tries to pull off might be easier to keep hidden on the page. As it progresses, the film reveals complications (it plays particularly dubious tricks with the way it parcels out flashbacks to the 1940s) and a motive that might as well have been picked out of a hat. The finale could be written with entirely different details, and almost no scene preceding it would have to change. The real good liar is whoever convinced Mirren and McKellen to class up such thin and arbitrary material.