Taapsee Pannu on reality of patriarchy & the power to change 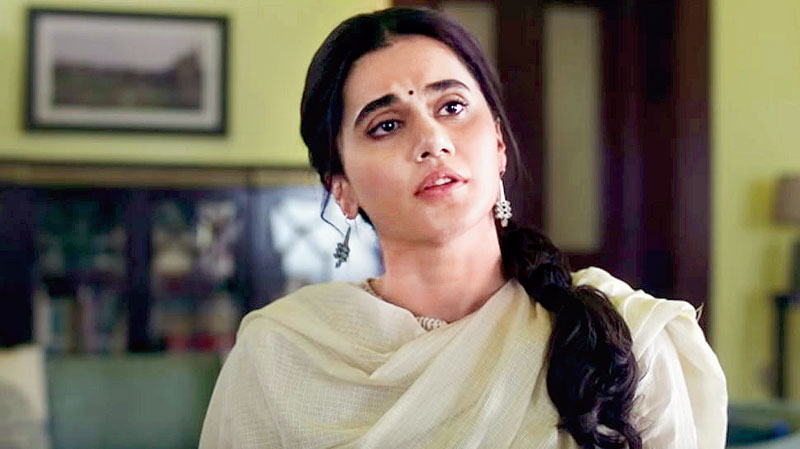 Growing up in an environment where she could question anything and everything, the true meaning of patriarchy came home to her only when she started working in Bollywood, says Taapsee Pannu, whose latest Thappad closely examines the issue of domestic violence.

The actress, who has pushed the envelope with films such as Pink, Mulk and Saand Ki Aankh, and now plays a woman who refuses to accept even one slap from her husband, said she’s happy to be in a place where audiences can view change through her work.

“I have understood the meaning of the word patriarchy in recent years... like if the father says you cannot go out, you don’t question that. Your mother may agree with you but she is just running the house, so it does not matter. You have to be in the house by 8pm because guys can’t control themselves,” Taapsee said.

The realisation that this is not okay comes after a lot of questioning, she said, adding that she understood how to make changes in her own life.

“Small things about gender parity and pay parity... But you cannot change that by just shouting ‘this is not right’. You have to ensure that people start to recognise that change through your work. Maybe the new generation will not see the difference but the generation next to us will,” she said.

Thappad, which releases next Friday, happened after she told director Anubhav Sinha during the making of Mulk that she would like to work on a film dealing with the everyday problem of domestic violence.

The film is set in an affluent Delhi family with Taapsee playing a homemaker whose world comes crashing down after her husband (played by Pavail Gulati) slaps her.

Film stars, Taapsee said, are worshipped in a cinema-obsessed country like India and they can sometimes use the power in the right direction.

“People listen to you. They may agree or disagree with you, but they will listen to you. In this day and age, who has the time to even do that? If you have been given that kind of power, then you can use that power in the right direction,” she said. But with great power comes greater responsibility, she added.

With five more films in the offing, Taapsee is busier than ever and said it has taken her a while to reach a place where she can do the films she wants to.

“I am not ready to leave a single of these films. I have worked really hard to achieve a level where people today are ready to wait for me. I have waited for a long time to have these movies and say they are mine,” she said.