Team Windows talks about a bouquet of films on diverse themes

Brahma Janen Gopon Kommoti is a Women’s Day film and releases on March 6; Bela Shuru releases in May 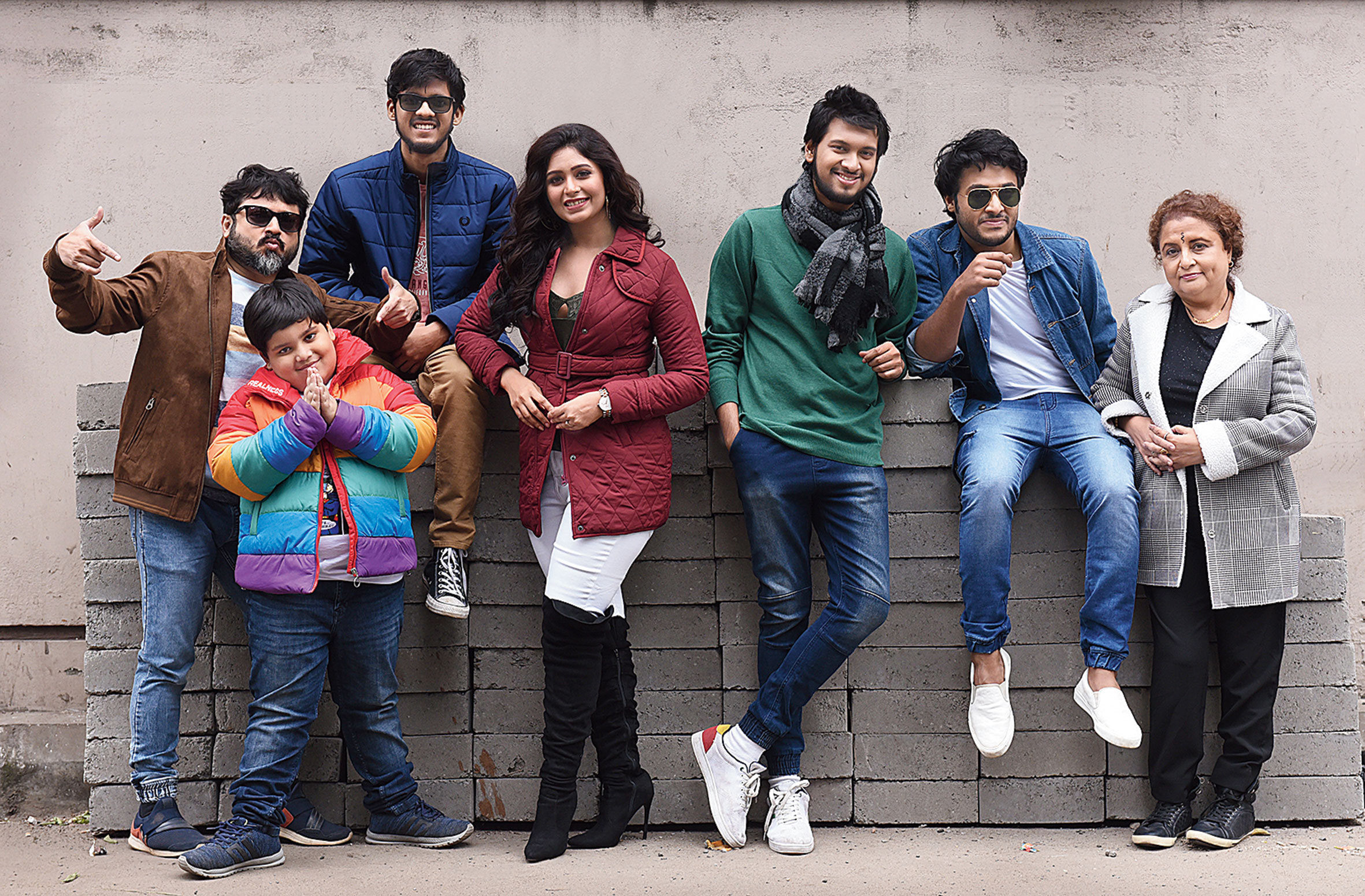 Team Windows got together recently for a t2 chat on their films that will be releasing in 2020. Excerpts...

Not a lot of female-centric films are made in Calcutta any more. Only two films were made last year — Parineeta and Mitin Mashi. But it is kind of changing since both Parineeta and Mitin Mashi worked. Of all the Bengali films that I have done, this is the best script that has been offered to me. I liked the script especially because I like the character Shabari so much! Shabari is a woman priest and she has a job like all of us — we have our jobs, our families and parents. She is from a small town and married in an orthodox, conservative family, and they think that you cannot enter certain spaces when you are menstruating and stuff like that. Shabari is very progressive. She doesn’t limit herself to the ideas that aamra shune aashchi. She breaks it and questions it with her knowledge of the Shastras because she is also a Sanskrit professor. She’s a simple lady, a simple wife married in a simple family but she is also so much more, which I think says a lot about strong women who are leading our society.

What makes the film special?

The most special thing about the film is that I get to play a woman priest and no other Bengali film has been made before on a woman priest. At the same time, the film has humour, drama. Nobody wants to be spoon-fed. Everyone is grown up and they have developed their own beliefs from somewhere, so to question those, to question the structure, you have to tell them a story and it’s open to them, whether to take in the dialogue or not. You just open the dialogue for them.

I feel that the business has to go up. Films have to not just culturally mean well but also financially mean well too for the industry to progress, for artistes to get paid, the staff to be paid. They have to be happy — we chose this profession, nobody made us do it. There has to be a bigger, better circulation of money in a just way. Second, I feel the content should be prioritised much more, which is happening, so it’s an ongoing process. Third is of breaking the whole idea that a woman’s career lasts as long as she is not married or as long as she has someone influential with her. If not, then her career tanks. I think that notion is changing.

My role is that of a simple lokkhi chhele. I’m playing this character called Amir Hussain; he’s a young doctor. And his moral compass is very different from the rest of us, most of us. And he has certain views of life which are distinctly different from other people and yet shape the film in a very important way. And honestly speaking, what drew me most to this film is probably the film itself. It’s directed by my father Kaushik Ganguly who has also written the script. It’s a really socially important film. There’s an element of responsibility when you are playing the protagonist in this film and I wanted to take that up because I think this film conveys a very important message.

What makes the film special?

The social comment in this film is like an arrow that pierces through a shield of superstitions and blind faith and it’s a bit of a reality check. The film reminds us of the times that we are living in.

I would really want people to watch more Bengali films. I cannot comment on the industry per se because I’ve not spent much time in it. I would like more people to watch Bengali films since Bengali is actually the seventh most spoken language in the world. For some reason, Bengali dialects are very similar and can be understood by anyone.

Do you have any New Year resolution?

Our dog’s really growing old. The New Year’s resolution is that I’ve always been busy with work, or studies or something or the other but now I would like be there for him more. I’ve done that before but I want to do that more.

I wanted to work with Windows for a long time now. I genuinely feel that they are pushing the envelope in terms of content. I play a supportive husband. What drew me to the film is that erom ekta choritro shobar e jibone thaka uchit. I feel husbands should be like this. There should not be any label of supportive husband or not-supportive husband.

What’s special about the film?

The specialty of the film is that it breaks taboo in a non-preachy way. Teachings should be done in an engaging way.

I’m fairly very new to the Bengali industry. As a cine-goer, I feel we should definitely be more brave with our choices and our content, which I think has happened in various regional cinemas, although their budget is probably twice or thrice or 10 times that of ours.

It’s a story of friendship and I am one of the friends. This movie is very relevant at this point in time as people are forgetting logic and rationality. So, this film has taken a stand against these biases.

What makes this film special?

In the current political climate, the propaganda, the film takes a stand against all that. And on top of that, this is a story about friendship and that’s universal so that’s what makes this film stand out.

What are the themes of the four 2020 films from Windows?

Shiboprosad: Brahma Janen Gopon Kommoti is a Women’s Day film and releases on March 6. Bela Shuru releases in May. It’s a love story and a family drama. Lokkhi Chhele is all about three young doctors fighting against social taboos. It’s very much about what today’s youth are thinking. And we are coming up with the Haami sequel, Haami 2 by the end of the year. Haami was one of the most popular films of 2018. Haami 2 is the only film among the four films where the children are the protagonists.

Tell us some of the special memories?

Nandita: In Bela Sheshe, Soumitrada (Chatterjee) was asked to comb Swatidi’s (Swatilekha Sengupta) hair. And he said, ‘I have never done this in my life.’ So that was a new experience and we thoroughly enjoyed it.

Shiboprosad: The idea of the female priest. I have seen my mother... she does it in the house but when we saw Ritabhari doing all those rituals, that was very interesting. In Lokkhi Chhele, I remember one particular photograph. The film was shot in August and it rained for almost two days in Purulia. On that particular day, there was the mela shoot. All the stalls were there, and Kaushikda was sitting in knee-deep water. It was a very difficult period and I don’t know how Kaushikda managed the whole shooting at that point of time. Almost 1,000 people were there during that mela shoot, so it was very difficult.