Advertisement
Home / Entertainment / Team Elvis on the spirit and soul of their film, based on the rock ’n’ roll legend

Team Elvis on the spirit and soul of their film, based on the rock ’n’ roll legend

'This is a film less about show and business and showbusiness. It’s about management and control and exploitation, and also about creativity and the silent truth', says director Baz Luhrmann 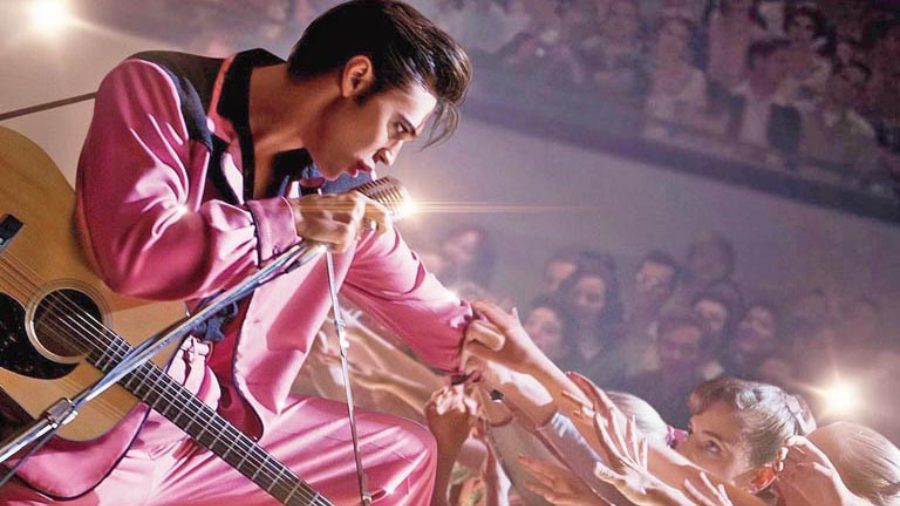 Elvis chronicles the life and career of the legendary Elvis Presley, from his early days to becoming the seminal rock ’n’ roll star whose influence has impacted generations, as well as his complex relationship with his manager Colonel Tom Parker. Playing Elvis is Austin Butler, with Tom Hanks slipping into the part of Parker. Directed by Baz Luhrmann — the auteur who has films like Moulin Rouge!, Romeo+Juliet and The Great Gatsby to his name, and who is known as much for his musical achievements on stage and screen — Elvis releases in movie theatres today.

A few days ago, The Telegraph was part of a select global media group who had the opportunity to interact virtually with Baz Luhrmann and Austin Butler, as well as part of the cast comprising Olivia DeJonge who plays Priscilla Presley, Yola Quartey as Sister Rosetta Tharpe, Alton Mason as Little Richard and Kelvin Harrison Jr. as BB King. Excerpts...

Baz, Elvis Presley’s life and career is remarkable in so many ways. What specifically compelled you to make this film?

Baz Luhrmann: This is more than just the story of the life of Elvis. It’s such a great life to explore... Elvis in the America of the ’50s and ’60s. It’s as much a look at who Elvis was as it is of the relationship he shared with Colonel Tom Parker, his manager, played by Tom Hanks. This is a film less about show and business and showbusiness. It’s about management and control and exploitation, and also about creativity and the silent truth. In a way, it mirrors everything that is going on in the world today. This is a film that takes a great life and great music and explores bigger ideas.

(L-R) Tom Hanks, Austin Butler and Baz Luhrmann at the screening of Elvis at the Cannes Film Festival last month

Austin, you have lived with the character of Elvis Presley for three years. What was your prep like and is there a part of him that stays on with you?

Austin Butler: During those years, I did nothing else but be this character. But it’s a character that fueled my curiosity every day and I just had the greatest people to fall back on... my dialect coach, singing coach, karate instructor.... I tried to be as accurate as possible, but at the end of the day, it was about finding his humanity.

What I was most fascinated by was stripping away the icon, stripping away the caricatures, his Halloween costume and all that, and just seeing him as an empty room.... How did he wake up in the morning, what was his inner life like.... He was an incredibly sensitive and spiritual man.

Making this film has changed me in many ways. It’s changed my relationship with fear because of the intense pressure I was living with while playing this character... it was such a responsibility and such a fear that I was going to fail him and fail his legacy, or his family and the fans around the world who love him so much. It’s so much of responsibility to feel every day.

But then it also taught me lessons because even Elvis felt that fear, right? Like in ’68 (when Presley returned to live performances after seven years) where he felt that his life and his career was on the line. There are many moments in his life like that... like getting over his stage fright. He did feel fear as well and yet he did extraordinary things.

Also, just sitting with Kelvin (Harrison Jr. as BB King), Alton Mason (as Little Richard) and the rest was special because there would be no Elvis without Black music. The narrative has been told in so many different ways and I am so glad that I got to be a part of this film. Sister Rosetta was inventing rock ’n’ roll in the ’40s. I feel so proud of this film.

Baz, how did you decide which specific parts of Elvis’s life and career to showcase in this film?

Baz: There are some things in this life that you can’t tell this story without. You can’t talk about the American music scene of that time without including Black music. The journey that Elvis went on with respect to all these characters, played by these amazing actors around me, is what makes the film... these characters are what America was in the ’50s and ’60s. And along with that, there is the personal, intimate journey of this guy called Elvis and this guy called  Colonel Tom Parker.

Olivia, what was it like playing Elvis’s ex wife Priscilla Presley, and what did you love the most about this role?

Olivia DeJonge: The first time I met her was when we were going to the Met. That was very exciting, just having her around. She was lovely and gorgeous, and then we got to travel together to the Cannes Film Festival, and to have her be so receptive and kind to us has been a huge blessing. It definitely could have gone the other way! (Laughs)

Baz: We were all overwhelmed by the all-embracing acceptance extended by the Presley family to our film.

Yola, Alton and Kevin, what was your preparation like for the iconic people that you play in this film?

Yola Quartey: When I met Baz, we spoke a lot about this whole idea of reframing Elvis correctly. Putting him at home... giving him a film in which he felt at home. Baz told me that Elvis fell out of school to listen to Sister Rosetta Tharpe... it was his safe place. She was very outwardly queer in the ’40s, and  she was very unapologetic. In the film, I had to be that safe place, that person who discovered Little Richard. Yes, she invented rock ’n’ roll, she also discovered people. This was the sense of home I had to create in the film.

Alton Mason: Being part of the preparation to be BB King was to just get familiar with his spirit, his gospel and his soul. I grew up very religious in a Christian household and listening a lot to Mahalia Jackson, who was one of the originators of Gospel music. In the movie, you see the younger Elvis going to church and then you see him do the wiggle (one of Elvis’s signature moves) and people going crazy for it, and you understand that it’s coming from that spirit.

Kevin Harrison Jr: I feel like my job (as BB King) was to just come in and be the brother. Alton, Olivia and I met before the movie went on the floors and did dinner to get to know each other better. And we spoke a lot about the craft and how to get it right, what are we insecure about, what these roles mean to us, what it meant to BB to be a Black musician and be the first to get a tour bus at that time.... I had to understand the time, look at the research and figure what BB’s politics and value system was about, and what it did to develop him as an artiste.