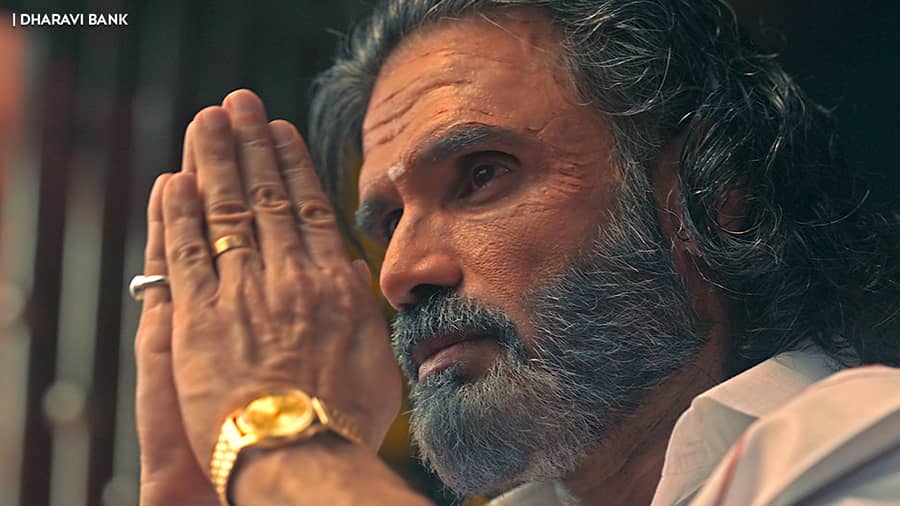 P.S. Thank us for making your Monday so exciting😄 pic.twitter.com/E5hauApxNO

Directed by Samit Kakkad, who is known for films like Ascharyachakit! and Half Ticket, the series has been extensively shot in various locations across Dharavi.

“We all have worked really hard to create the authenticity of the milieu in which the story is based and have been lucky to get such a dedicated cast and crew to bring this story to life,” Talwar said in a statement.

Suniel Shetty was last seen on the big screen in the Telugu sports drama Ghani, while Oberoi appeared in the third season of the Prime Video’s popular series Inside Edge, which premiered in December 2021. Sonali Kulkarni was last seen in Rakeysh Omprakash Mehra’s sports-drama Toofaan.

Suniel, who has been working in the Hindi film industry for over three decades, has played important roles in superhit films like Hera Pheri, Hulchul, Dhadkan, Border and Main Hoon Na.

The streaming service is yet to announce the release date of Dharavi Bank.