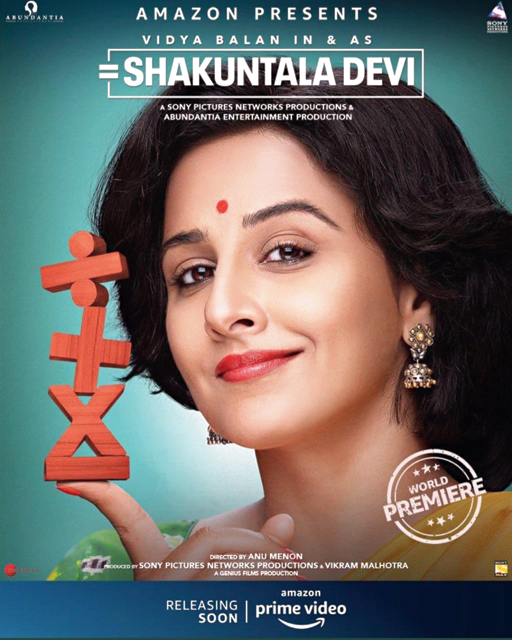 In a world increasingly staring at a new normal and with movie halls looking to remain shut for an indefinite period, Bollywood has decided to bypass a theatrical release for a large number of films. After Shoojit Sircar’s Gulabo Sitabo — starring Amitabh Bachchan and Ayushmann Khurrana — announced on Thursday that it would stream directly on Amazon Prime Video starting June 12, the streaming giant has notched up another prestigious title. Shakuntala Devi, in which Vidya Balan plays the real-life math genius, will also witness a digital release, the date for which has not been announced yet. “Seen many changes and challenges… now another challenge…. Honoured to be part of yet another change,” tweeted Bachchan on Thursday, shortly after the Gulabo Sitabo announcement was made.

Amazon Prime Video will also directly release a slew of regional content, among them being the Tamil-Telugu film Penguin, the Kannada title French Biryani and the Malayalam film Sufiyum Sujatayum.

“At Prime Video we believe in listening to what our consumers want and working backwards from there. This belief is the genesis of our latest offering,” said Vijay Subramaniam, director and head, content, Amazon Prime Video, India.

While audiences are happy about being able to first day-first stream these films at the click of a smartphone, exhibitors have taken umbrage to this move by Bollywood. While the PVR chain of multiplexes expressed “disappointment”, INOX issued a strongly-worded statement saying it was “alarming and disconcerting” and warned that it would take “retributive measures in dealing with such fair-weather friends”.

However, it seems like Bollywood is in no mood to step back. There are whispers that over the next few days, a number of titles, including Gunjan Saxena (in which Janhvi Kapoor plays the title role), Jhund (starring Amitabh Bachchan) and Ludo (an ensemble film directed by Anurag Basu) will announce their direct-to-digital releases. The biggest name in circulation is Akshay Kumar’s Laxmmi Bomb, slated to be the big Id release of the year, before Covid-19 came calling.