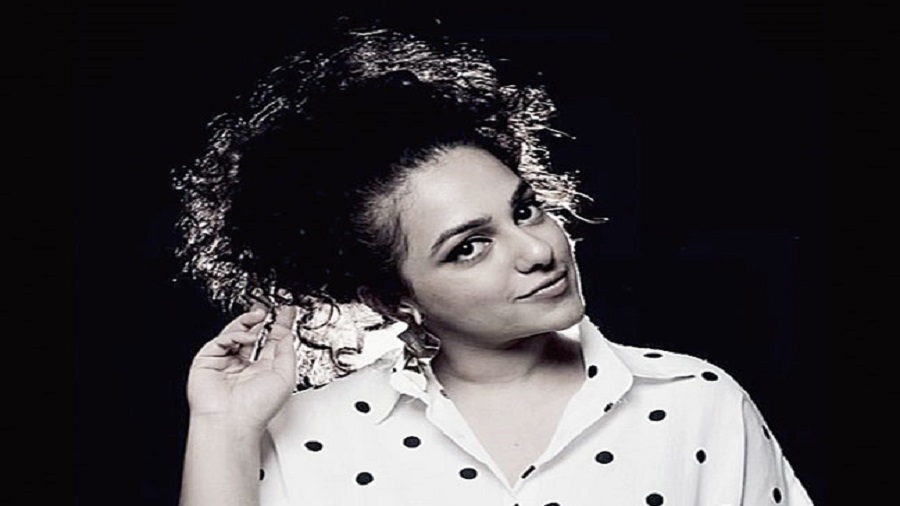 In the last decade or so, Nithya Menen has established herself as a leading lady in films spanning the Malayalam, Tamil, Telugu and Kannada industries. With much-talked-about films like Ok Kanmani, Ustad Hotel, Mersal and Janatha Garage to her credit, the 32-year-old actor made her Bollywood debut in Mission Mangal last year, co-starring Akshay Kumar and Vidya Balan.

This Friday, Nithya makes her web debut alongside Abhishek Bachchan in Season 2 of the smash-hit Amazon Prime Video show Breathe. The Telegraph caught up with Nithya on her reasons to sign up for Breathe: Into the Shadows (or, Breathe 2), an artiste’s need to break away and why she likes to live in the moment.

In a recent interview you’ve said that Breathe 2 can be counted as your ‘best performance’ so far. What makes you say that, given that you have done a variety of work across industries and genres?

It is true, and I am not saying this lightly. I am not someone who often gets excited before the release of a project. That’s because I feel that my job is done when I am done shooting. The result of it is not my business, to be honest. But, with Breathe 2, I am actually looking forward to watching it. I want to watch what I feel is my best performance so far. I am curious to see what it looks like on screen.

I have craved this kind of a set-up and this kind of sensibilities — in terms of writing and wavelength and quality of work — for a long time. The cast and crew on this show all understood that this is a very intense role... they gave me the space that I needed. When the crew understands and does that, it makes things easier for an actor, who has to stretch himself or herself emotionally, especially in a role like this. As an actor, one needs to safeguard that emotional space, and often the other people on set are unable to grasp that from an actor’s perspective. Shooting for this show was very conducive for me to put in my best. I performed 100 per cent to my satisfaction. People who know me well are happy because this finally looks like the kind of project that taps into my potential. It is my best performance so far.

Would you attribute this feeling of comfort and creative freedom to the medium?

Absolutely. In films, there are too many boxes that one needs to fit in. If you want to do something different, you almost have to be slightly apologetic about it. People go, ‘Oh, maybe this will not work, oh yeh experiment hain, hum kuch different try kar rahein hain....’ There is a sort of apologetic tone that creeps in when you try to do something niche. The web definitely has a beautiful and diverse space for people to do different things. People should be able to make niche content for every kind of audience out there. You can’t make just one kind of stuff all the time... that’s where we lose quality. You make niche stuff for a niche audience and even if that viewer pie is not big, at least you are giving something for everyone.

Have films tried to box you in?

I can’t say I am upset about it... it’s just how it generally works. That’s how the medium works. Films have to cater to as vast an audience as possible. Because of the way it works, it can’t be too narrow and too niche. Films need to reach as many people as they can, and when that happens, I feel the content gets diluted.

What’s your understanding and reading of the character — a mother grappling with the kidnapping of her child — in Breathe 2?

What you are seeing in the trailer... her being a mother, her being traumatised, is just the topmost layer of the character. Beyond that, comes the story. My being a mother is a very tiny part of that story. There’s a lot more happening. I won’t ever play a one-dimensional character... ‘Oh she’s a mother and she’s sad’.... No, that wouldn’t excite me. This character is much more and called for different kinds of performances from me. She will surprise you at every turn in a show that has a lot of twists and turns. There are a lot of shades, a lot of layers and a lot of depth to that character.

Your Bollywood debut came via Mission Mangal last year. Is Breathe 2 a step further towards reaching out to a pan-India audience?

Not everything is so planned (laughs). At least for me, it’s never been charted out... things have just happened. There is definitely a vision for the future, in terms of where I want to be and the kind of work I want to do, what will make me happy.... But not really in terms of specifics like, ‘Oh, I will do this in this language and this in that medium’. You can never do that, life never allows you to make specific plans and stick to them (laughs). So, there is a vision, but there is no plan.

You took a bit of a break around five years ago. What prompted that and is your approach to career 2.0 different?

I am not very fond of words like ‘break’ and ‘comeback’ (laughs). No artiste — whether it’s acting, dance, painting, writing, sculpting or anything else — can churn out art like a robot. That happens only in jobs that are mechanical. So if an artiste doesn’t do something for a year or so, it doesn’t mean it’s a break. Artistes need to focus on their personal lives too... they need to grow there in order to contribute something artistic and creative.

Life, for me, always takes centre stage. Career is just a part of life. For me, my work is a profession, a mode of expression, or of doing something that makes a difference. But who I am as a person and growing as a person is important. So if I don’t do something for sometime, it means I need some time out to work on something else that’s equally important.

So how have the last three months of being away from work been like?

I have enjoyed this time, to be honest. I love uncertainty, in fact, it makes me excited. I was very productive in the lockdown. I made time for things I haven’t been able to do in a long time. The fact that I got this time that’s open-ended, that you never know when this is going to end, meant that I could go ahead and do a lot of things I never had time for before. I’ve had a very calm, happy time.

You made some music in the lockdown, right?

Yes, we recorded two original tracks and I am hoping to find a good release for them soon.

Are you itching to get back in front of the camera?

I am very happy in the moment. I don’t feel the need to run and go back to work. Shooting will start when it has to start. I think we should all learn to live a little more in the present than in the future and the past. That will make life a little more meaningful, I feel.