I would love to shoot something in Calcutta... it’s so photogenic: Simon Baker 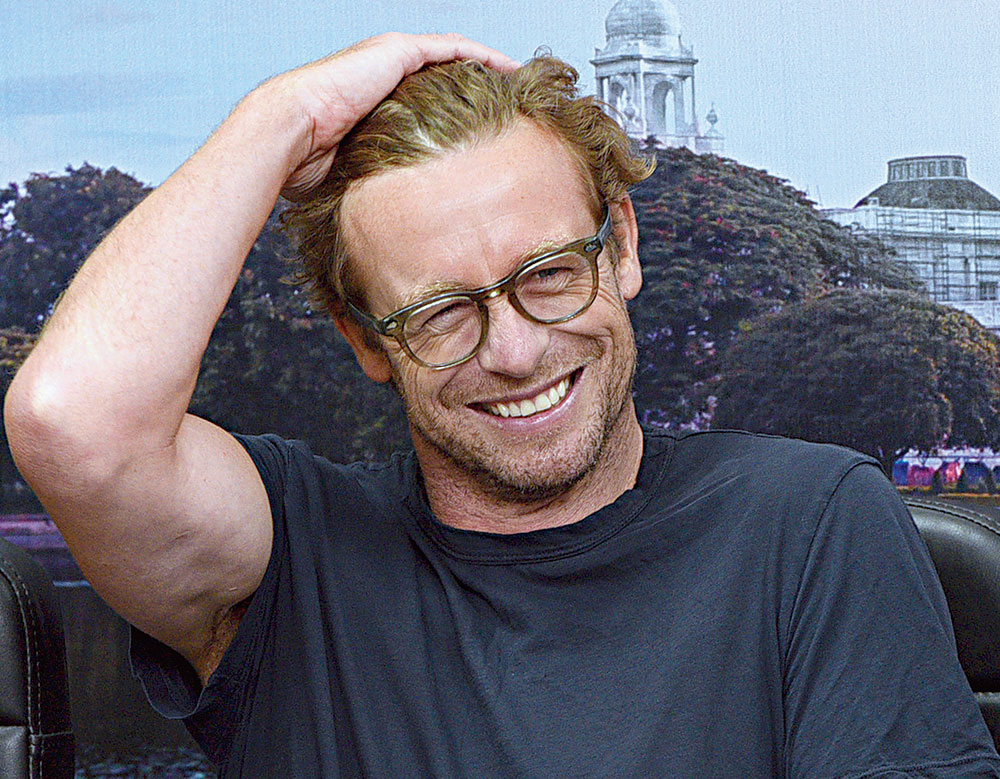 Best known for the smooth-talking Patrick Jane in the TV series The Mentalist, Simon Baker was in Calcutta as part of the Australian delegation to showcase his directorial debut Breath at the Kolkata International Film Festival. We caught up with the handsome Australian actor for a chat after watching Breath, while he was on his way to Taj Bengal for a Bengali meal.

You got mobbed by the crowd right after the screening of Breath!

Yes, that was pretty intense (laughs). I couldn’t imagine what it would be like for Shah Rukh Khan or someone.

What are you liking about Calcutta?

You know, what I really like is actually how friendly everyone is… incredibly friendly and there’s such warmth. Everyone is in a very pleasant mood and in a pleasant state of mind. Don’t you think? I think that’s impressive. The other thing that I really love is how proud everyone is of this city. I have just been eating Indian food since I got here. I’m about to go and eat some Bengali food now.

Breath is an adaptation of Australian author Tim Winton’s novel. What excited you about the story that made you choose it as your directorial debut?

I did not immediately think that this was going to be my directorial debut. I knew that I wanted to be involved straight away when I read the book. It was probably the best writing that I have ever read about a relationship with, not only the ocean, but masculinity and the idea of growing up by the ocean in Australia.

You also played the pivotal role of Sando, an avid surfer, in the film. How challenging was it to act and direct at the same time?

Well, I have acted in and directed episodes of TV shows that I’ve worked in. I was familiar with working in front of the camera and behind the camera at the same time. So, it wasn’t so difficult.

Was it difficult for you to don the director’s hat after being an actor for so many years?

No, it was good. It was fun. It was exciting and a nice, natural kind of development. It was particularly something that I cared so much about and felt so much for.

Breath is a story about two teenage boys, Pikelet and Loonie. Was it challenging to direct kids?

It took years to find and cast these boys (Samson Coulter and Ben Spence). They are both very good surfers and really great people. As a director, it was really about trying to create an environment for them so that they felt relaxed and comfortable and being able to be those characters. Once they understood that it was a safe and comfortable environment to work in, they had a good time, I think.

The panoramic shots of the ocean were beautiful. Which part of Australia was the film shot in?

It was all shot in the Great Southern region of western Australian, in Albany and Denmark. Not Denmark the Scandinavian country but Denmark, which is a small town in the south-west of Australia. It’s a beautiful place.

You’re an avid surfer. Which other adventure sports or outdoor activities do you like?

I’m getting old, so I don’t try as many adventure sports! It was a big formation of who I am as a person… my relationship with the ocean and surfing.

Now that you’ve donned the director’s hat, which one do you enjoy doing more — directing or acting?

Acting is fun but I think directing is more stimulating and exciting.

Your new film Here and Now just released. It premiered at the Tribeca film festival. How was the response there?

I wasn’t there but I think it was pretty good because they adore Sarah Jessica Parker in New York. She’s a real staple in New York. That was a fun job to shoot.

You play Sarah Jessica Parker’s ex-husband in the movie. Can you talk a bit about the role?

Yes, I play her ex-husband and I have the custody of our child. It’s little bit of a heartbreaking story.

You shot on the streets of New York City, interacting with real people and real surroundings. What was it like?

It’s good. I like it like that. If you ever shot a film in Calcutta, it’d be good to shoot a film that way… where you almost conceal the camera so that you can just get the environment. I’ve been taking a lot of photographs here because it’s so photogenic. There’s just so much for your eye to pick up everywhere you’re looking.

Does that mean that you may shoot a film in Calcutta sometime?

I would love to shoot something here. That kind of a thing is never out of the question. I love that Calcutta is not too modern. It still feels like it has got its own sort of time and space.

You’ve worked in Hollywood, notably in Devil Wears Prada. For an actor, what’s the main difference between the American and Australian film industry?

The American industry is enormous and fiercely competitive. It’s an industry; it’s largely about making money. The Australian industry is more of a cultural imperative to keep the culture of the country being expressed through the art of cinema and telling stories. I think that’s really important and the evolution of cinematic history is very important. There’s a lot of great young indigenous directors that are telling indigenous stories in Australia that are so exciting and mind-blowing. That would be the new wave in Australian cinema.

We loved your character Patrick Jane in The Mentalist. Will there be a reboot?

I don’t think so. I can’t imagine! No one wants to see an old Patrick Jane.

Apparently, you came up with the costume for Patrick in The Mentalist?

Well, because I just like to engage in the process, I think.

Since you’re so good with it, how would you describe your personal style?

These days? Pretty much whatever is comfortable. That’s what my approach is most of the time. It’s always slightly dishevelled (smiles). I care less and less!

Were there any reference point for playing Patrick Jane?

There were always reference points… that’s just my process of working. The whole idea of the costume and the uniform and all that stuff was based on the American TV series Columbo. There were similarities but things always evolve.

The Mentalist was such a hit. Would you do another TV show if you’re offered one?

I don’t know, maybe. I might do another TV show. I always think about everything. But it’s not a priority for me. I wouldn’t mind doing something that’s maybe like six parts that I direct as well. That’d be fun and challenging. Netflix, Amazon Prime… they are all great platforms. It doesn’t really matter where it is, what matters is what it is.

Which are your favourite Netflix shows?

I’m always on the lookout for something interesting to watch. Most of the time, I watch films. Oh, and I do watch a lot of documentaries!

Nicole Kidman is the godmother to your younger son. You guys are very close friends. How do you look at Nicole as an actress and as a friend?

Oh, she’s very professional as an actress. She’s very committed and devoted to what she does. And as a friend she is very loyal and caring.

Which one is your favourite Nicole Kidman performance?

Which filmmakers inspire you?

I’m very inspired by Martin Scorsese and Phillip Noyce. There are many great Australian directors that have inspired me over the years.

François Truffaut is always a big inspiration for me. Watching his films actually is a major inspiration. I’m a massive fan of Alfred Hitchcock. Oh also, Stanley Kubrick.

Which ones are your favourite Hitchcock films?

Satyajit Ray! His Pather Panchali is a beautiful film, Jalsaghar is an amazing film and Mahanagar was a strong feminist film. For the time, it was pretty amazing. In contemporary Indian cinema, it’s Shekhar Kapur and Mira Nair. But I haven’t watched a lot of Bollywood stuff. I haven’t been exposed to it.

What are the other projects that you are working on?

I have another book that I am working on adapting at the moment in Australia. But I don’t know if that’ll be the next project. There are a couple of other things here and there.

I like to write long-hand instead of type. I just like to write with a pen. I try to visualise things completely and then come backwards from there. And then it’s just the process of editing. But I try not to limit myself when I first have the idea, so if I write it out poorly that’s okay. Then I just come back and refocus it. I try to stay true to the idea and then try to make the language meet the idea. That’s where my weakness is… in making the language meet the idea.

Which ones are your favourite films of all time?

They are like music, they change. I go through different periods where I really obsess on one filmmaker and I watch all his films. Other times, I’ll obsess on Bob Dylan for six months or obsess on one album for like three weeks. And then I won’t pick it up for four years. 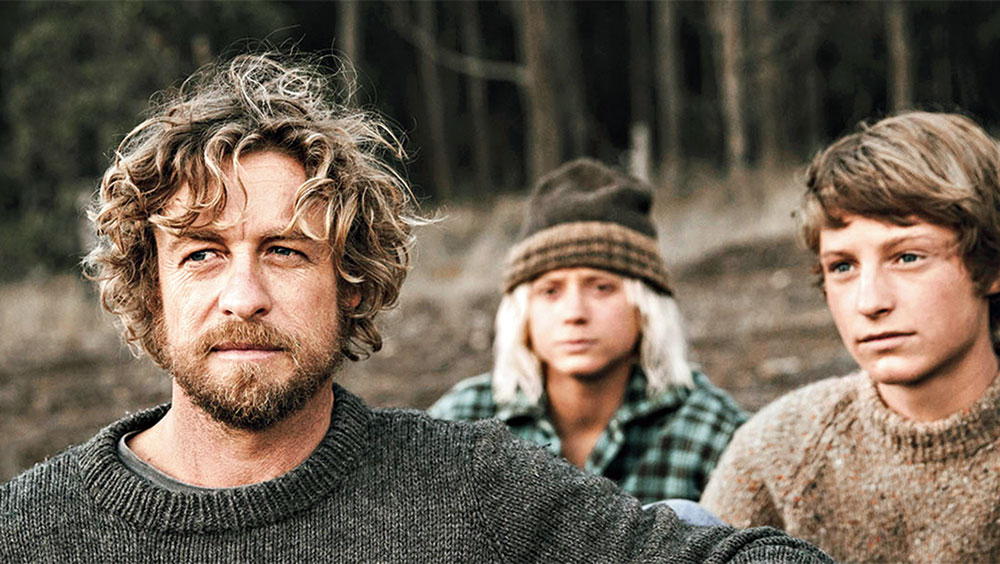 Breath is about the relationship with, not only the ocean, but masculinity and the idea of growing up by the ocean in Australia
A still from the film 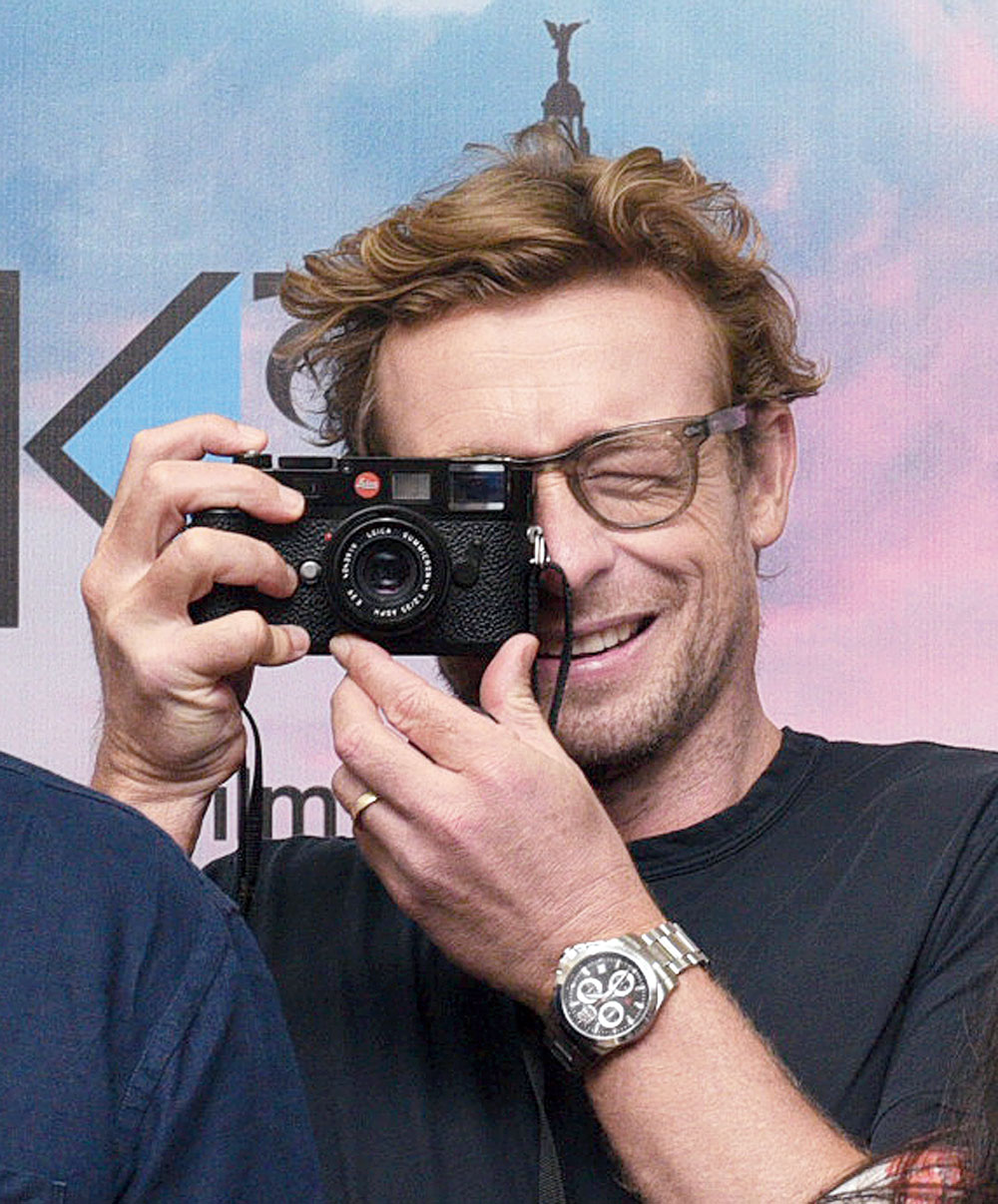 Simon Baker training his lens at a bustling Nandan 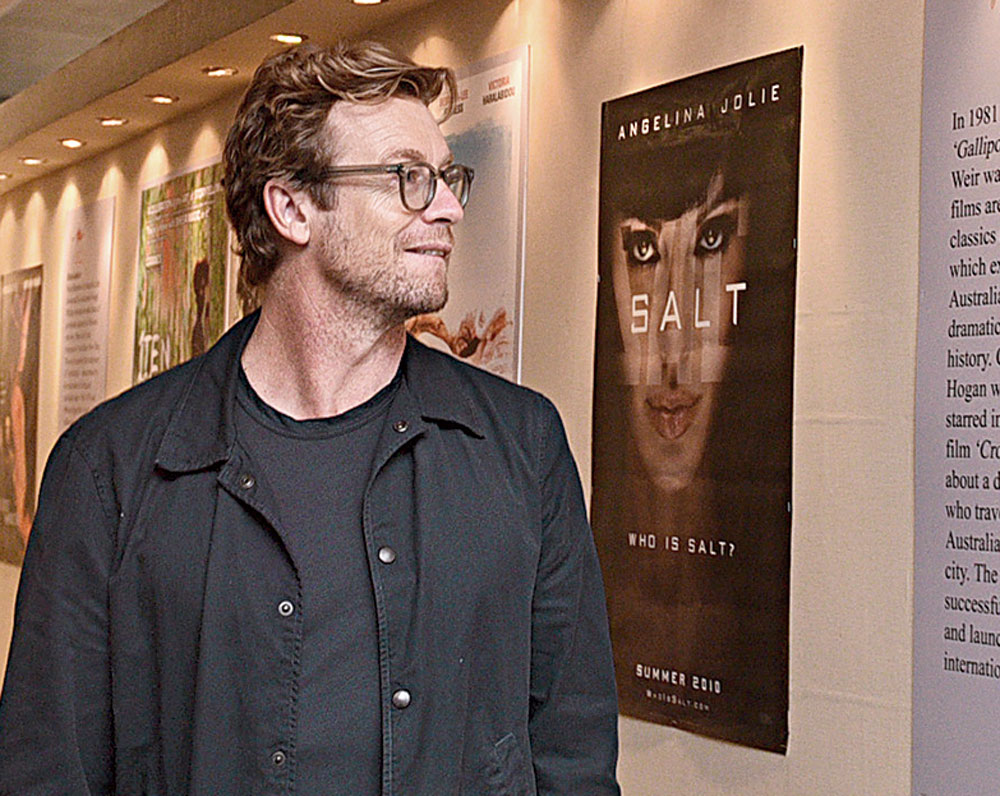