Simi has re-released the documentary, this time in Hindi 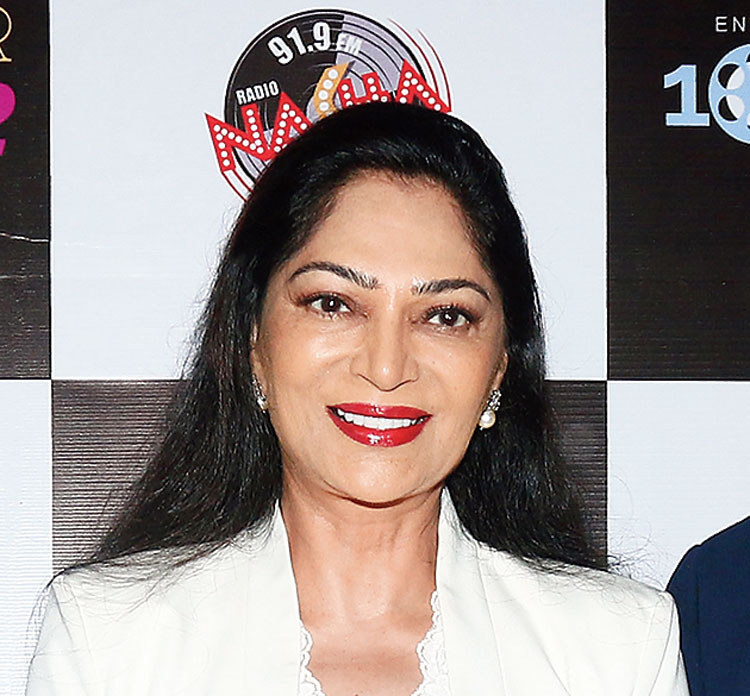 The Amnesty International-endorsing Naseeruddin Shah and Vivek Agnihotri of “Urban Naxals” fame collaborating on a film? Strange bedfellows. But it has happened. And amicably too.

In a season when it’s raining prime ministers, The Tashkent Files, probing the death of Lal Bahadur Shastri, is on its way to the theatres. The Accidental Prime Minister on Manmohan Singh came and went early in the year. Leapfrog to April 12 and that’s when the audience will have to choose between the current Prime Minister and the PM who died abroad in 1966. It is the day the Vivek Oberoi-led film, PM Narendra Modi, on the life and times of the incumbent man and Agnihotri’s The Tashkent Files, on the most diminutive PM of them all, will jostle for screen space and audience attention.

Those who like mixing their politics with celluloid entertainment will be spoilt for choice. Those who don’t, had better get used to it. For patriotism and politics are the flavour of the day on multi-screens. Four projects with variations of the same flavour came my way in a single week.

Vivek Anand Oberoi (note the new Vivekananda-sounding moniker) and team PM Narendra Modi wound up shoot for the day, joined dad and veteran actor Suresh Oberoi, who was waiting patiently in the cinema hall, and launched the first trailer. Since it’s directed by Omung Kumar, of Mary Kom fame, the team hopes for a repeat at the box office.

On the same day, Akshay Kumar showed his “Bole So Nihal” zeal when his Kesari was screened for the press. High on Sikh valour, it fell into line with the sentiment ruling cinema today — patriotism, even if this was during the British Raj.

Simi Garewal had another piece of news for me. She, who had spent more hours with Rajiv Gandhi than any journalist or Cabinet colleague, aired her three-part documentary, India’s Rajiv, way back in 1990. Both Simi and her subject became favourite software for TV channels when the charming PM was assassinated in 1991. Today, 29 years after the airing of her documentary, Rajiv Gandhi is back. India’s Rajiv was in English. Simi had recorded him in Hindi too but hadn’t released so far. “Then someone wrote on my YouTube channel, ‘…kaash aapne Hindi mein banayi hoti to lakhon log dekh sakte’,” Simi disclosed. And she told herself, “But hey, I do have it in Hindi.” Ensuring that she retains the IPR to her work, Simi has released Bharat Ke Rajiv on YouTube, this time in Hindi. Right timing for the Gandhi family.

But to hark back to strange bedfellows, it was news that Naseer, Mithun Chakraborty (a former Naxalite who ran away from Calcutta) and Agnihotri pooled their talents to make The Tashkent Files into a watchable political thriller. Without their individual politics coming into the picture.

“In fact, Naseer loved the script,” revealed Agnihotri. “He enjoyed working on the film so much that when we completed his work, he said, ‘Why are you packing up?’”

The amicability was also because Naseer hadn’t made his famous “I-feel-insecure-I feel-scared-for-my-kids” declaration or his support for Amnesty India so unequivocal when The Tashkent Files was being filmed. With Naseer and Agnihotri on two polar sides of Indian politics, fireworks were averted.

“He made that statement later on,” observed Agnihotri, adding, “It created a negative perception of him. It was unnecessary. Playing the Muslim card won’t work today.”

The Tashkent Files has another amusing feature — no one has been cast as Lal Bahadur Shastri. “It’s like a mystery thriller,” said the filmmaker. The investigation begins after the death of the PM in mysterious, unexplained circumstances. The film also brings together Naseer and Mithun after 34 years. The two National Award-winning actors, who graduated from FTII, have worked together only in Hum Paanch (1980) and Ghulami (1985). “Why that 34-year gap” will make for a good story another day.