If the pandemic hadn’t paused the world, most of these films would have had their moment on the big screen by now 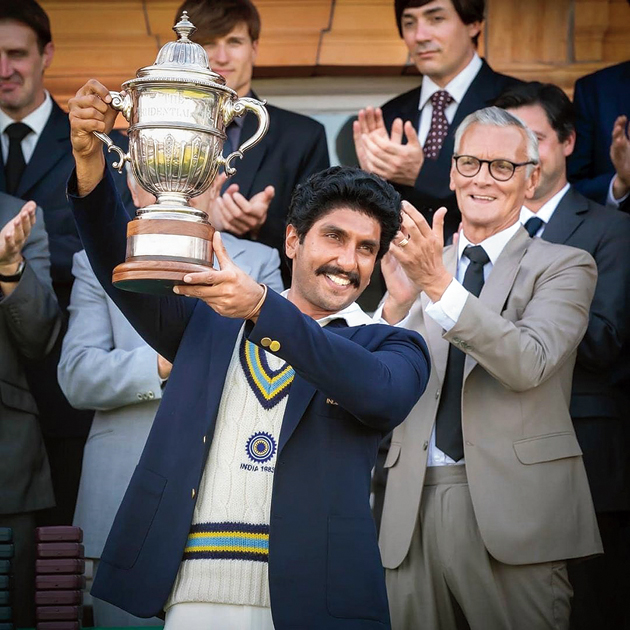 It was supposed to be the big release of April 2020. Five months later, ’83 is tentatively eyeing a Christmas release date, notably in cinemas. The Kabir Khan directorial — that’s part sports film, part underdog drama and is wholly based on India’s remarkable cricket World Cup win of 1983 — has Ranveer Singh starring as skipper Kapil Dev, supported by a strong ensemble cast comprising Pankaj Tripathi, Tahir Raj Bhasin and Saqib Saleem, and with Deepika Padukone popping in with a cameo as Kapil’s wife Romi .
“For me, ’83 is not a cricket film… it’s the coming-of-age story of a country,” is what Kabir Khan had told The Telegraph on a trip to Calcutta earlier this year. Insiders who have seen the rushes of the film are confident that this is a big-screen experience, with producers Reliance Entertainment shooting down whispers that they are contemplating a streaming release for ’83, amid reports that a big OTT platform had offered a whopping Rs 143 crore to the makers. With its VFX and other post-production patchwork completed in the lockdown, here’s hoping that ’83 — one among the two big films (the other being Sooryavanshi) expected to lure back audiences to theatres — gets to keep its December date. 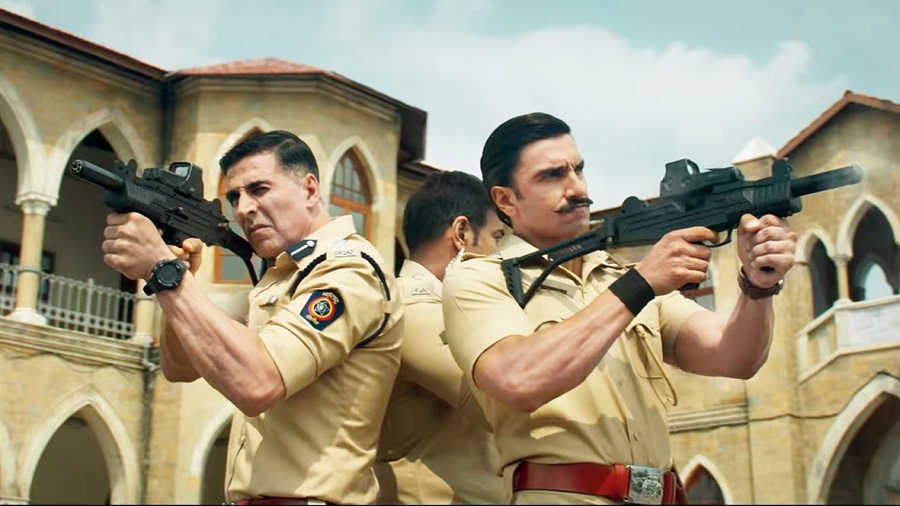 Akshay Kumar may have been one of the first big stars to embrace the winds of change and opt for a streaming release for Laxmmi Bomb, but the Khiladi is playing it safe (at least till now) when it comes to Sooryavanshi. Rohit Shetty’s adrenaline-pumping action biggie, that stars Akshay as top cop Sooryavanshi, along with Katrina Kaif, was meant to have a grand release on March 24 this year, before Covid-19 came calling. The film’s trailer, released in early March, had already piqued considerable interest, with Sooryavanshi seen joining forces with Singham (Ajay Devgn) and Simmba (Ranveer Singh) in a Rohit Shetty cop universe crossover. For now, the film has been locked for a Diwali release in cinemas, giving theatres the hope of a lifeline as and when they open. Notably, it will be AK vs AK this Diwali, with Laxmmi Bomb also announcing a November 9 streaming date on Disney+ Hotstar. 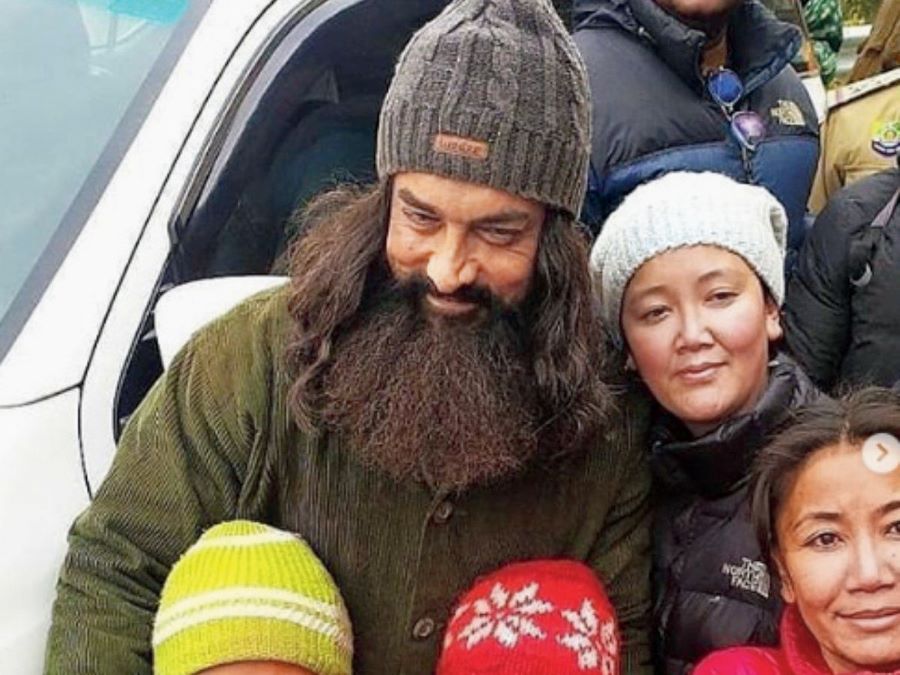 With rumours rife that Laal Singh Chaddha would be shot across 100 different locations, Aamir Khan — who plays the title character in this desi adaptation of the Tom Hanks classic Forrest Gump (that the actor has described as “a life-affirming story”) — hit the ground running in November last year, travelling to various states of the country, including Punjab, Gujarat and Himachal Pradesh, to shoot the Advait Chandan film that co-stars Kareena Kapoor Khan. In early December, the 54-year-old superstar was in Calcutta, turning heads while shooting at Howrah Bridge and the bylanes of north Calcutta.

The shoot may have been called off for several months because of the pandemic, but the Laal Singh Chaddha crew — headed by Aamir — was one of the first to venture out to shoot, parking themselves in Turkey in August, with a possible stint in Georgia slated to happen soon. Despite considerable portions of the film being canned, Laal Singh Chaddha has, however, postponed its release from December 2020 to December 2021. Also, with Kareena having about 100 days of shoot left for the film, her baby bump will reportedly be concealed using VFX. 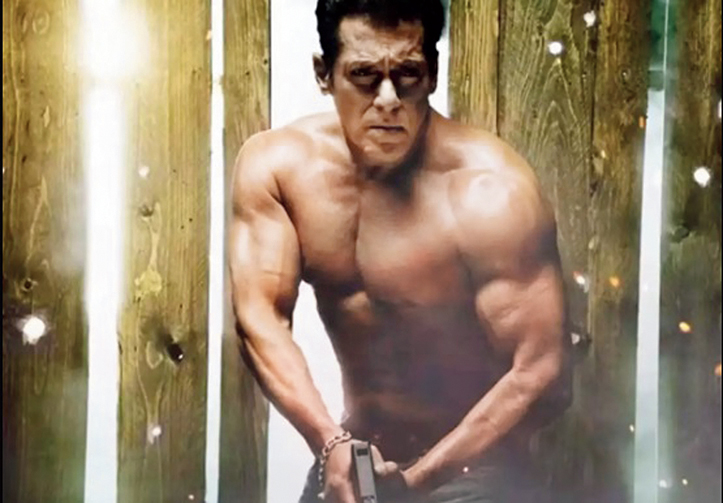 Radhe
Sourced by the Telegraph
Radhe

“Grateful to be back at work. #Radhe,” Randeep Hooda shared earlier this week, with a picture of himself in the dubbing studio, thus indicating that Team Radhe was taking baby steps towards resuming the work left on the film. Initially planned as Salman Khan’s big Id release of the year (clashing with Laxmmi Bomb), Radhe had to call off its Thailand schedule and shut shop temporarily in March in the wake of the looming lockdown.

Salman thereafter retreated to his Panvel farmhouse, doing everything from singing to farming to manufacturing sanitisers, but there were no signs of Radhe, that also stars Disha Patani and Jackie Shroff, getting off the ground. The team is now scheduled to get back on the floors in early October, with the filming of at least two songs, a few sequences and a large part of the post-production work pending. No release date has been locked yet. 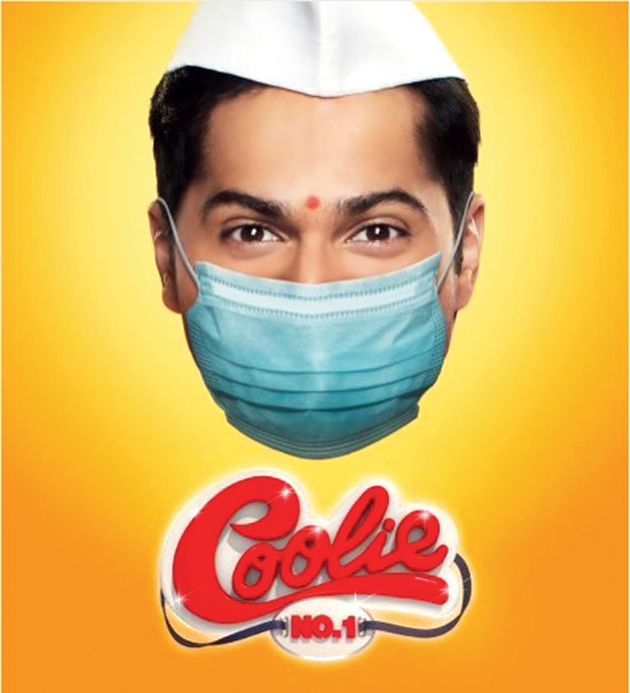 Coolie No. 1
Sourced by the Telegraph

Locked for a May 1 date with theatres, Coolie No. 1 is now cooling its heels. David Dhawan’s retelling of his 1995 blockbuster of the same name, starring Govinda and Karisma Kapoor, is frontlined by son Varun and Sara Ali Khan. A recent poster of the film, of Varun sporting a mask, had given rise to speculation that Coolie No. 1 would weave in a “corona angle”, but that was shot down by the makers, with the film having completed its shoot way before the country went into lockdown. Even as there are reports that the comedy will most probably release in cinemas in early 2021, there are rumours that Amazon Prime Video has snapped up Coolie
No. 1 for a digital release. Let’s wait and watch. 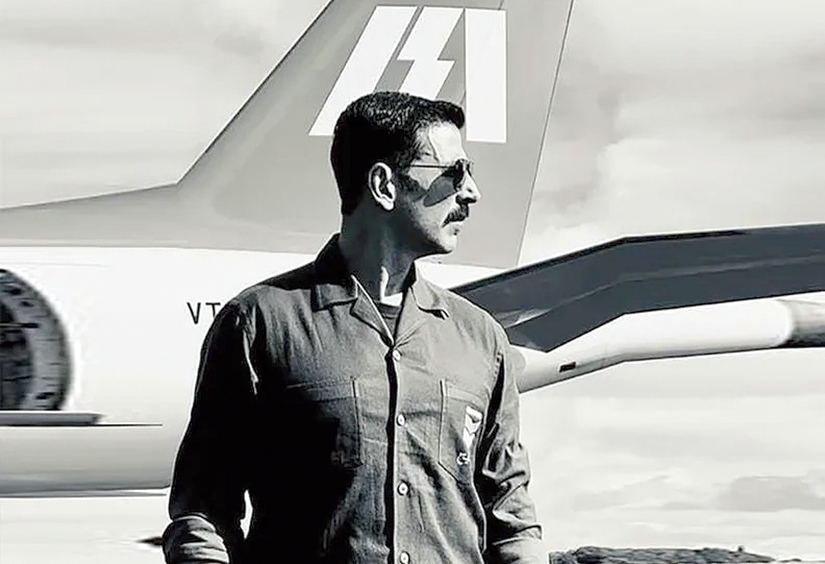 Bell Bottom
Sourced by the Telegraph

Truth be told, in a world where we have been locked up for months now, we are a tad jealous watching Team Bell Bottom walking about freely, between shoots, on the streets of Glasgow. Last month, Akshay Kumar — Vaani Kapoor, Huma Qureshi and Lara Dutta in tow — landed up in the Scottish port city to shoot their retro espionage thriller that stars Akshay as a RAW agent. Since then, some interesting footage of the shoot, mostly of its leading man sporting a moustache and well, bell bottoms, have surfaced online, with the film directed by Calcutta boy Ranjit M. Tewari becoming one of the first big Bollywood films to plunge right into production in the middle of the pandemic. If all goes well, Bell Bottom will release on April 2 next year. 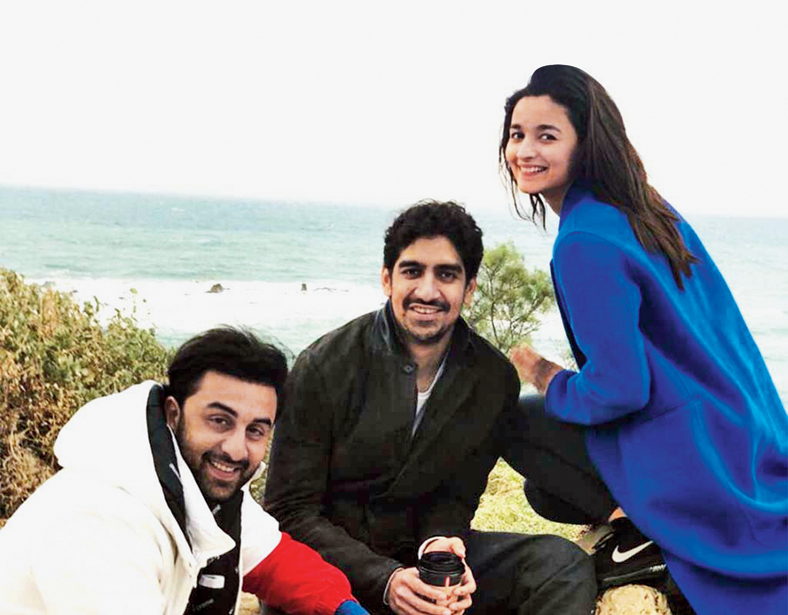 Brahmastra
Sourced by the Telegraph

‘Jinxed’ is probably not the greatest word to use in a world staring largely at negativity at the moment, but boy, is Brahmastra jinxed! Announced as far back as 2017, the film seemed like a dream project on paper — Yeh Jawaani Hai Deewani man Ayan Mukerji directing this Karan Johar production starring Amitabh Bachchan, Ranbir Kapoor and Alia Bhatt. But Brahmastra, that’s been shot in Tel Aviv, New York, Bulgaria, Edinburgh and some parts of India, has run into production hassles every now and then, with the first film in the series (it’s planned as a trilogy) changing its release dates over and over again.

While it’s almost certain that Brahmastra won’t be able to stick to its December 4 release date, the good news is that Ranbir and Alia have just started dubbing for the film. While a large part of the post-production work has been completed in the lockdown, in coordination with a London-based studio, a song from the film is still left to be shot in the final schedule. 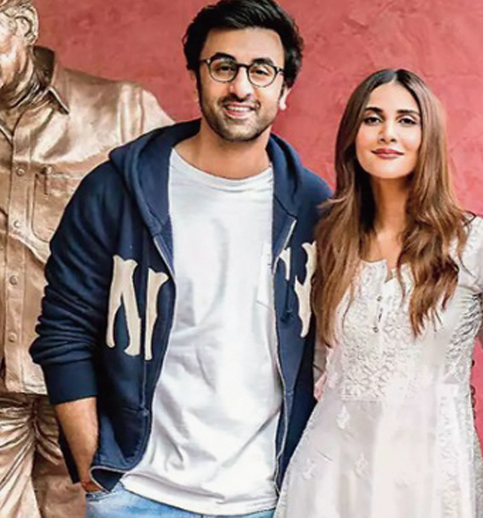 Shamshera
Sourced by the Telegraph

Set in the 1800s, Yash Raj Films’ ambitious Shamshera — with Ranbir Kapoor, Sanjay Dutt and Vaani Kapoor frontlining the film — was looking at a July 2020 release, but the pandemic wrecked havoc on its final schedule, with four to six days of work on a few scenes and patchwork coming to a halt. The film, about a dacoit tribe that took charge in a fight for India’s Independence from the British and starring Ranbir in a double role, went back on the floors in mid-August, with Sanjay Dutt spiritedly wrapping up his remaining portions, even as he’s reportedly undergoing treatment for cancer.