Advertisement
Home / Entertainment / Selena Gomez, Steve Martin and Martin Short try to prove their innocence in ‘Only Murders in the Building’ Season 2 trailer

Selena Gomez, Steve Martin and Martin Short try to prove their innocence in ‘Only Murders in the Building’ Season 2 trailer 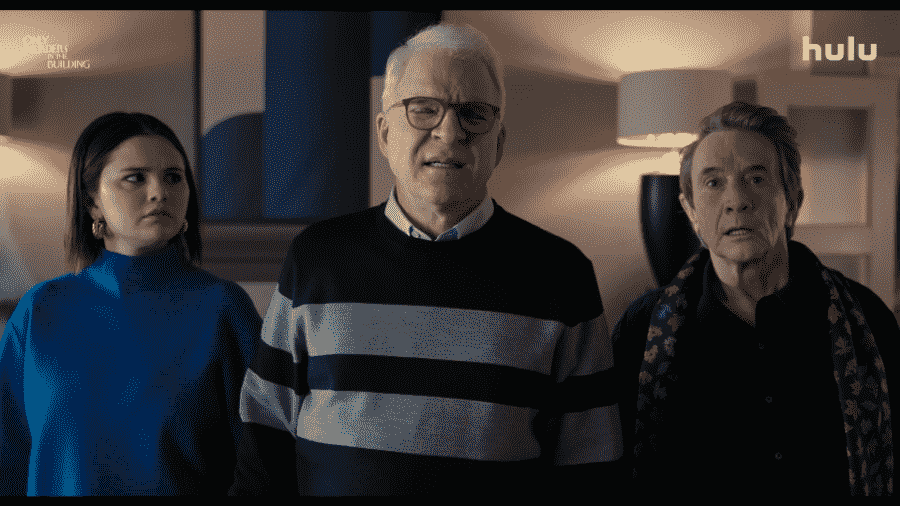 The official trailer for Season 2 of Only Murders in the Building, which stars Steve Martin, Martin Short and Selena Gomez as suspects in the murder of the board president of their building, has been released on OTT platform Hulu.

The series will be available on Disney+Hotstar for viewers in India, but the streaming platform is yet to announce a release date for Season 2.

“New evidence. New suspects. New words for Oliver to learn. You don’t want to miss the Season 2 premiere of #OnlyMurdersOnHulu on June 28,” Hulu wrote in a tweet.

Lead actress and executive producer Selena Gomez has also posted the trailer of Season 2 on Twitter.

“I’m so excited for y’all to see Season 2-coming so soon!”

I’m so excited for y’all to see Season 2-coming so soon! pic.twitter.com/ISCEHXpiIf

To clear their reputations, the trio decide to record the second season of their podcast in order to figure out who the true murderer is and why they're being framed.

The two-minute-long trailer starts with a brief introduction from the leading trio. In the second season of the acclaimed comedy series, three complications arise, which obstruct their capacity to unravel the mystery: The trio has been publicly accused of Bunny's murder, and they are now the focus of Cinda Canning's competing podcast. They also have to deal with a slew of New York neighbours who all believe they were involved in the murders.

As they begin their investigation, evidence begins to appear in their apartments, leading authorities to suspect them of the murders. Fina Fey, Amy Schumer and Cara Delevingne's appearances in season two are also teased in the trailer.

Steve Martin and John Hoffman are the co-creators and writers of Only Murders in the Building. Martin Short, Selena Gomez,  Jess Rosenthal and This Is Us creator Dan Fogelman serve as executive producers alongside the creators of the series.

The ten-episode first season has received critical acclaim, with praise for the show's comic take on crime fiction, as well as the performances and chemistry between the main characters.

Only Murders in the Building Season two premieres on Hulu with two episodes on June 28, with new episodes streaming every Tuesday. The mystery-comedy series will be available in India on Disney+Hotstar later.