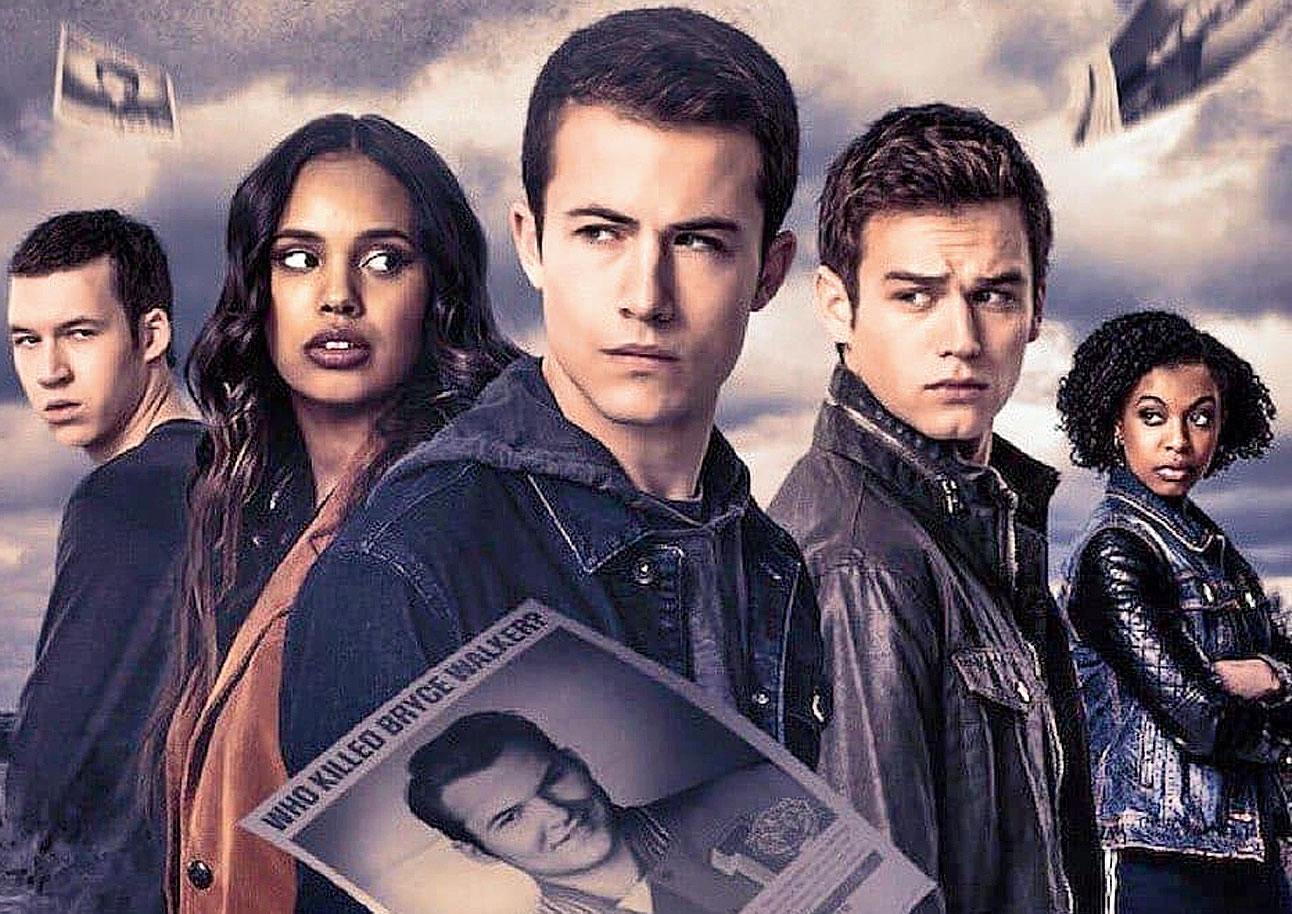 Season 3 continues with the show’s overarching themes of drug abuse, sexual assault, rape culture, homophobia and gun violence, but doesn’t really add a new dimension to its core — the horror of being a teenager in today’s world
(Netflix India)
Priyanka Roy   |   Published 26.08.19, 04:52 PM

If you saved a penny every time a character uttered the word “secrets” in Season 3 of 13 Reasons Why, you would have made enough to stash away in a couple of Swiss bank accounts.

After every few sentences, you will have a key character, often with a furrowed brow and with the weight of the world on their shoulders, utter, “These kids are connected by their secrets… connected and forever changed”. Or something like, “Everybody had secrets they wanted to protect”. Or sometimes, “Secrets have been well kept, but the truth is often dangerous. Lies are easier... until they aren’t anymore “.

Truth be told, the third season of the Netflix show, that created sensation and became a lightning rod for controversy when it debuted two years ago and was praised for its on-point portrayal of teen trauma, has degenerated into a murder mystery at its best and a soap opera at its worst. 13 Reasons Why, that hooked us for its compelling look at the angst and anxiety of a young girl (Hannah Baker, played by Katherine Langford) who tragically took her life after being subjected to bullying, sexual assault and rape, is now a Pretty Little Liars me-too. Don’t get us wrong… we like Pretty Little Liars. We have a problem with 13 Reasons Why becoming Pretty Little Liars.

“Who killed Bryce Walker?” is the question that the posters and trailers of Season 3 have been screaming out for the last few months. Followers of the show will know that Bryce (played by Justin Prentice) is the high-school jock who raped not only Hannah but a bunch of other young women at Liberty High. In Season 2, Bryce was let off the hook easily and in the third season, we are left to contend with a mystery playing out over 13 episodes in which — much like the template of Season 1 where Hannah revealed those who had wronged her one by one over 13 episodes — the prime suspects are zeroed in on, with the identity of the killer and his or her motive for killing Bryce forming the main conflict of Season 3.

Like the first two seasons, at the centre of Season 3 is Clay Jensen (Dylan Minnette), who seems to have found an ally in Ani (Grace Saif), the new girl at school. Ani, who has had no role to play in the show so far, is not only inexplicably made one of the most important characters this season, but is also the narrator here — a part that Langford as Hannah brought empathy and authenticity to in Season 1. Ani, whose mother works as the in-home carer for Bryce’s ailing grandfather, is plonked right in the middle of the action with everyone spilling out their darkest secrets to her. She’s perhaps one of the most annoying characters one would have watched on screen in recent times.

Based on Jay Asher’s book of the same name and executive-produced by Selena Gomez, 13 Reasons Why started off as a limited series. Its success prompted Netflix to green-light a second season which was anyway a bit of a stretch, but at least the spirit of Hannah — the court case surrounding her suicide formed the primary storytelling — loomed large over that season. Season 3 continues with the show’s overarching themes of drug abuse, sexual assault, rape culture, homophobia and gun violence, but doesn’t really add a new dimension to its core — the horror of being a teenager in today’s world.

More innovative in its episode titles — “If you are breathing, you are a liar” and “In high school, even on a good day, it’s hard to tell who’s on your side” are our (tongue firmly in cheek) favourites — than in its content, Season 3 begins with a disclaimer where the main cast get together to “warn” viewers that if any of them are dealing with issues ranging from substance abuse to suicidal tendencies, this might not be the right show to watch. This comes close on the heels of Netflix, subjected to pressure from mental health and teen trauma groups, removing Hannah’s graphic suicide scene from Season 1. This, more than two years after the scene was first made available in the public domain.

The disclaimer comes with the unmistakable intention of sparking off conversations and in doing so, Season 3 almost always resorts to shock value, most often unnecessarily. The kids rarely loosen up and a constant sense of dread pervades this season. That’s not altogether a bad thing, given the theme of the show, but it’s also a season that’s not been made well.

Season 3, however, is not wholly a lost case. Some of the characters — specifically Tyler (Devin Druid) and Justin (Brandon Flynn) — are afforded compelling character arcs. The season also humanises Bryce (which may or may not be a good thing, depending on which side of the divide you are on), but it’s courtesy him that we get some of the season’s most touching scenes — from that paint fight with his mom to the one in which he records an audiotape to apologise to Jessica (Alisha Boe).

And then there is the soundtrack. Season 3 is a smorgasbord of some of the best soundtracks heard in a recent small-screen series. From David Bowie’s Valentine’s Day to Teeth by 5 Seconds Summer to R.E.M. going Watch the road and memorise/ This life that pass before my eyes/ Nothing is going my way from Find The River in the final moments, just the songs are enough for you to stream through the season. Well, almost.