Despite a stellar Kajol, film fails to establish mark in audience's heart and mind 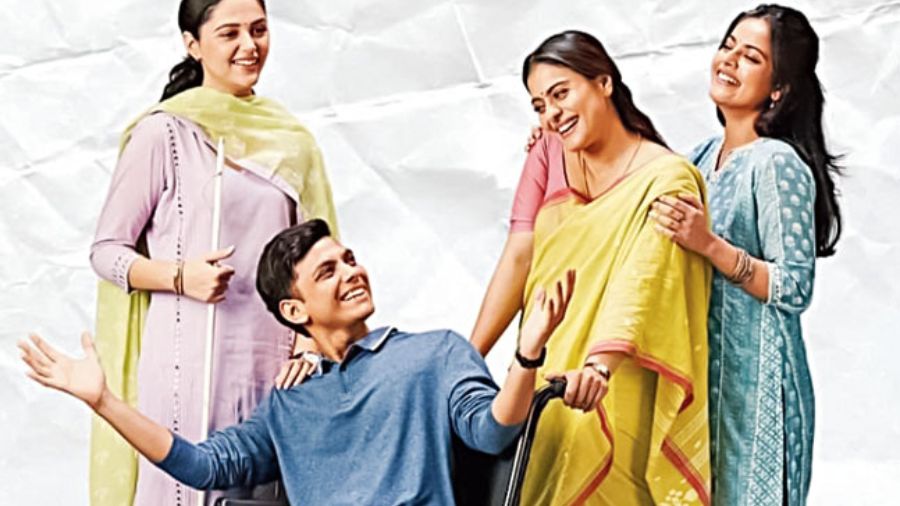 Salaam Venky is conflicted in portraying death as pretty and romantic or devastating and life-changing (for the ones left behind). Its carefully curated play for tear ducts as well as its inexplicable ambition to be a modern-day Anand — from the repetition of the iconic line “Zindagi badi honi chahiye lambi nahin” to its protagonist, suffering from Duchenne Muscular Dystrophy, being as cheery as Rajesh Khanna’s Anand, battling Lymphosarcoma of the intestine, in the Hrishikesh Mukherjee film. Except that Venkatesh aka Venky (played by Vishal Jethwa) in this Revathy directorial is no life loving Anand Sehgal. At 24, Venky has lived longer than doctors had estimated his condition would have allowed him to. Now he pleads for euthanasia, or assisted suicide. Not to end his pain and suffering, but to donate his organs so that others after him can live.

Salaam Venky, named after its young hero but truly telling the tale of his long-suffering mother (played by Kajol), has its heart in the right place. Everything else about the film, unfortunately, is all over the place. For starters, the premise — based on Shrikant Murthy’s book The Last Hurrah which told the reallife heart-touching story of young chess player Kolavennu Venkatesh who also fought a long court battle to end his life on his own terms — stands on shaky ground. One really doesn’t understand why the film needs to make a case for Venky to die earlier, given that his life is anyway limited to a few days. After he passes on, his organs make their way to those in need, as illustrated by the last scene of the film.

Perhaps the only reason why Revathy, aided by writers Sammeer Arora and Kausar Munir, take this route is that it enables them to dial up the drama and crank up the emotions to unbearably schmaltzy levels. There is little that is organic in Salaam Venky. Every movement, every gesture, every tear escaping the eye, every melodramatic dialogue seems so planned out that it takes away from the heartbreaking story at its core. What remains are a couple of scenes between mother and son which perhaps belonged to a film far better than this.

Films on mercy killing are a tricky terrain. The inherent nature of the subject presents the maker the canvas to go all out. Salaam Venky has the emotions all right — Kajol’s Sujata helplessly watching her son slipping away, a silent love story between Venky and his visually impaired childhood friend and the bittersweet possibilities of what it could have been, film buff Venky’s predilection to quote everything from Shah Rukh Khan’s “Palat” to “Kya pata kal ho na ho”— but very little of it sounds and feels authentic. And when the media and the judiciary angle comes in post interval, it only gives Salaam Venky the license to go full-on melodramatic.

Which is a curious choice for Revathy to have made. For close to two decades ago, the actor-director treated a similar theme with far more nuance and subtlety in Phir Milenge. Taking more than a page from Tom Hanks’s Philadelphia and chronicling a young woman’s fight for dignity when she is shunned and shamed publicly after testing HIV+, Phir Milenge effectively balanced drama with subtlety and even a touch of humour. Very little of that is evident in Salaam Venky.

Kajol, however, is the glue that somehow holds this film together even in its most tiresome moments. Sujata’s years of pain and the fear of impending loss are mirrored perfectly in Kajol’s eyes. Aamir Khan makes a recurring appearance, and is curiously described as Sujata’s “mann ka aaina”, which only she can see and talk to. Salaam Venky lost me here. As it did at various other instances.