The film will stream on Netflix, marking the director duo's third collaboration with the streaming platform after The Gray Man and Extraction 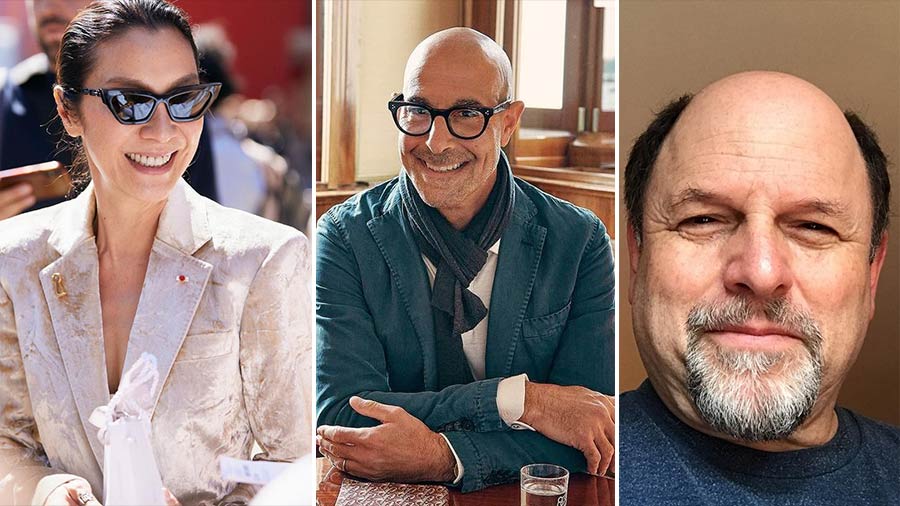 Actors Stanley Tucci, Michelle Yeoh and Jason Alexander have boarded the cast of Anthony and Joe Russo's next directing venture The Electric Slate.

Starring Millie Bobby Brown and Chris Pratt, the movie is based on the acclaimed 2018 graphic novel by Simon Stalenhag of Tales from the Loop fame.

The film will stream on Netflix, marking the director duo's third collaboration with the streaming platform after their recent directorial The Gray Man and the 2020 production Extraction.

In a statement, posted on its official website, Netflix also revealed that Succession star Brian Cox and actor-comedian Jenny Slate will feature in the movie in voice roles.

The Electric State is set in a “retro-futuristic past” and follows an orphaned teenager, played by Brown, who traverses the American West with a sweet but mysterious robot and an eccentric drifter in search of her younger brother.

Christopher Markus and Stephen McFeely, the frequent collaborators of The Russo Brothers, have penned the script.

The Russos are also producing the feature film via their AGBO banner, along with the company's co-founder, Mike Larocca. Chris Castaldi and Patrick Newall are also credited as producers.

Markus, McFeely, Angela Russo-Otstot, Jake Aust, and Geoff Haley are attached as executive producers of the movie. Production is expected to begin later this year.