Movie will be directed by author-turned-filmmaker Ram Kamal Mukherjee 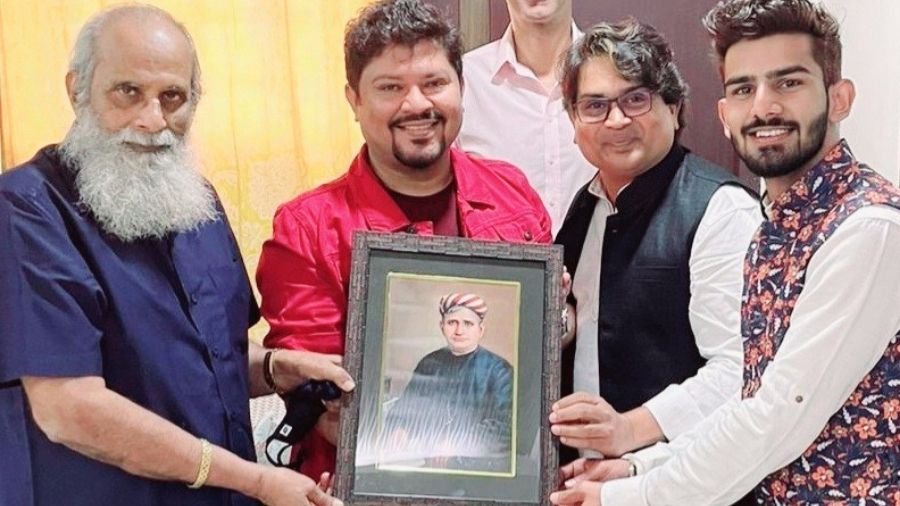 Inspired by Chattopadhyay's best selling nationalist Bengali novel Anandamath, the film also marks the 150th year of Vande Matram that triggered the Swaraj movement in India against the British Empire.

Chatterjee had composed the song for his novel Anandamath which was published in Bangadarshan Magazine in 1872. This multi crore magnum opus will be produced by Shhailendra Kkumar from SS1 Entertainment, Suraj Sharma from P  K Entertainments and will be made in Hindi, Tamil and Telugu.

"When Sujoyy approached me for Anandamath, I was a bit taken aback. I had read the novel many years ago, and frankly speaking I didn't feel that today's generation would be able to connect with the subject. But when I met Ram Kamal and he shared his vision on Anandamath, he had a completely different take on the novel. It was commercial and connected with human emotions. After a couple of sessions, now I am excited to work on the subject with a completely fresh perspective. It will be a huge challenge for me, to recreate the magic of Anandamath," said veteran writer Prasad.

Former Head of Zee Studio Sujoyy Kuttiy says, "I am glad that we are revisiting classics. I am excited to recreate the magic of Vande Mataram on screen. I have worked with Vijayendra sir in Manikarnika and also worked closely with him on a couple of other projects too. When Ram Kamal approached me with 1770 Ek Sangram, I immediately thought of Vijayendra sir, because of its scale and structure. I am glad that we have young producers like Shhailendra Kkumar and Suraj Sharma who believe that screenplay is the real hero of the film. Once we are ready with the first draft of the screenplay we will start locking our main leads."

Ram Kamal says, "It's my dream project. I will be working with India's celebrated creative team, and make sure that its a visual treat for audiences. I feel that this is the right time to tell the story of Anandamath. The story of Sanyasis who fought against the British Raj and sowed the seed of independence. I felt that this story can be recreated on celluloid in a different scale."

This mega budget feature film will be shot in Hyderabad, West Bengal and London. Young producer Suraj Sharma from P K Entertainment says, "As a student I was inspired by movies based on novels. I have grown up watching films like Lagaan, Jodha Akhbar, Bajirao Mastani and Bahubaali. We read Bankim Chandra's work in our school, but they didn't have Anandamath in the syllabus. So when Ram Kamal sir, narrated the story, I was excited. Unfortunately people have forgotten these gems that we have in our literature. I was certain that I would like to debut as a producer with a film that would connect with the soul of India. I am just 21, and I am grateful that I have such veterans like Sujoyy Kuttiy, Vijayendra sir and Shhailendra ji, heading the creative aspect of 1770 Ek Sangram."

Music composer turned producer Shhailendra Kkumar from SS1 Entertainment adds, "When Dada (Ram Kamal) narrated the story, I was certain that I would like to produce the film. I knew Suraj and his family, and we decided to collaborate on this film. With Vijayendra sir's magical touch, this film will be appreciated both critically and commercially."