I don’t know. I like to create so much, I feel so much: Rima Das 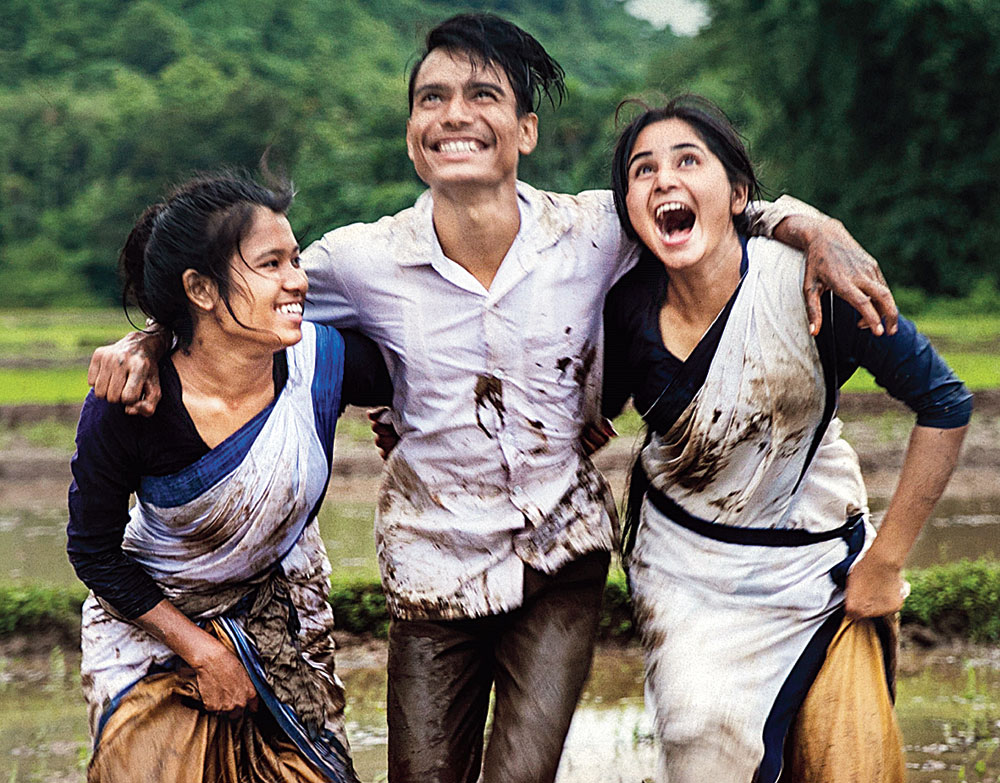 Rima Das’s latest Bulbul Can Sing is a poignant film that deals with the lives of three teenagers searching for their identities in rural Assam
A still from the film
Ushnota Paul   |     |   Published 11.11.18, 01:29 PM

Her second film, Village Rockstars, is India’s official entry to the Academy Awards in 2019, and the festival audience have started singing praises for her third, Bulbul Can Sing. Rima Das, a self-taught filmmaker hailing from a village called Chhaygaon in Assam, is on a high. We caught up with Rima at the recently-concluded Jio MAMI 20th Mumbai Film Festival in Mumbai.

Your third film Bulbul Can Sing premiered recently at the Toronto International Film Festival (TIFF) and was showcased at MAMI. If the reactions are anything to go by, people have loved it…

Yes, first at TIFF and then at the Busan International Film Festival and now it’s here. I feel great. The audience in Toronto and Busan was different and now that I’m home, you’re always curious… because if you’re showing your film outside, they are seeing it from a distance but when you’re showing it at home, they know the land and the people.

What was the reaction like at Toronto and Busan?

Very good. I was terrified because it was after Village Rockstars. Bulbul Can Sing was made in such a hurry. All my close friends were like, ‘Why are you hurrying, Rima?’ Every month I was travelling to festivals with Village Rockstars. It was very tiring and challenging… to create those moods and to warm up the actors. The worst part was when my actors and I would both get into the mood and then I’d have to leave. I also got very few days to edit… I sent a rough cut to TIFF and it got selected. I was very surprised. Later, we polished it and did the sound and grading.

How long did you take to shoot Bulbul Can Sing?

It took one year. But I worked mostly in the last five months. My process of working is very different… it takes long to be there, to develop the story, write, research. This one was a complex subject. I wanted to look at a dark subject from different perspectives.

What was the genesis of Bulbul Can Sing?

It wasn’t anything in particular. It was a combination of many things and layers… understanding life, my experiences with life, friendships that I’ve seen in my life and others’ lives.

Village Rockstars is India’s official entry to the Oscars. Has it sunk in yet?

I’m not even getting that time! I couldn’t even have a good meal with my family to celebrate. This is the first time that I’m in MAMI and I have not watched a single movie. Now there are two films together — Bulbul Can Sing is going to other festivals… from MAMI, we are going to AFI Fest in Los Angeles.

Has life for the people in your village changed after Village Rockstars?

We get attention in a very different way. Otherwise for me, life is nice, it’s fine… it’s the same.

Village Rockstars also won the National Award in four categories. Did you expect it would garner this kind of a response from around the globe?

Not the National Award! Our industry is so different with so many languages. You have mainstream movies competing with independent, regional films. I was looking at big festivals like TIFF, Cannes… it was always my dream to be there. But the National Award and the Oscars entry… I didn’t know it’d come so early.

How will you react if it does win an Oscar?

It’s like your baby… your baby is out there. If it’s deserving and destined, it will happen. It’ll be the best day of my life. Amen!

You’re a self-taught filmmaker and a one-woman crew — you directed, shot, edited, produced and also did the production design of the film. How did you manage to don so many hats?

How do I do it? I don’t know. I just want to do it, so I do it. I also did not know that I’ll make a feature film alone… I didn’t even imagine. But I made it. Sometimes your limitations are your strengths. I wanted to feel liberated without the pressure of any outer control. I wanted to make movies my way without taking money from others.

At the session after the screening of Bulbul Can Sing at MAMI, you admitted that some of the completely out-of-focus shots in the film were intentional and some were not, because you’re not a professional cinematographer. That’s a refreshing thing to hear...

Yes, because some moments are so important that whether it is in focus or out of focus, it finally doesn’t matter. Of course, cinematography is a technical job. It is a 95-minute movie and if there are five shots that are out of focus, I don’t think it matters. I don’t consider myself a cinematographer. I’m just doing it for my love for cinema.

Do you think it’s necessary for a filmmaker to have technical knowledge?

It’s very difficult to say. But I think, although I’m doing it, I’m not there just like that. I’m also studying, watching lots of movies, reading interviews, watching YouTube to know how to do cinematography, the importance of lights…. Apart from that, I follow my intuition and vision. You need to learn the basic techniques but ultimately, it’s the emotion.

Why are all your films set in your village in Assam?

It’s not intentional. Even after living for so many years in Bombay, I’m homesick. I like to be around fresh air, food cooked by my mom.... I also see so many stories there, I can’t help it.

Has life completely changed for your family and you?

It has. I am more confident. When you start, you’re just doing it but that time I did not know if people would accept my style or the way I tell my stories. I think I’ve travelled to almost 80 film festivals around the world. And it’s not only critics or cinema lovers around festivals… it released in Assam and other cities and cinema-going people also liked it. It’s not a structured movie, there’s no background score… so it’s very surprising for me.

You apparently aspired to be an actress. Would you still act in films if given a chance?

You feel that the dreams shift somewhere?

Yes, it shifted no doubt. And it happened very spontaneously. Not like, ‘Oh, I couldn’t become an actress, so let’s be a director’. I even acted in my first feature film. But then I realised that because I was acting, I couldn’t do justice to my film.

I don’t have that kind of a crew where there are five-six assistant directors to handle things. I did not have that luxury. I realised I should concentrate on direction and now I’m so occupied and involved in creating something new, challenging myself. It’s not that I don’t want to act but maybe later. I don’t consider myself a great actor when I look at the others performing.

Any favourite movies from 2018?

I liked Donbass (Sergei Loznitsa) at Cannes and Burning (Lee Chang-dong). Border (Ali Abbasi) is also an interesting film. There were many good films at Cannes and TIFF.

Which are your favourite Hindi movies of all time?

Growing up, you were a Bollywood buff...

My family was very strict. I remember we would start watching films on a Saturday and the lights would go away! For us, whatever movie we could watch, would make us happy. I remember watching Madhubala, Sharmila Tagore, Dilip Kumar, Shashi Kapoor, Mithun on screen… there was no luxury of picking a favourite.

Which filmmakers inspire you?

After I watched Satyajit Ray’s films, I thought, ‘Wow, even I can go to my village and make movies’. Majid Majidi, Wong Kar-wai, Terrence Malick, Ingmar Bergman, Martin Scorsese, Quentin Tarantino, Abbas Kiarostami… I have watched movies of filmmakers from different regions. Every one has their own style.

What can you tell us about your next feature?

I don’t know where it is based. I am thinking about it. I’ll probably sign with another production house, I want to work with a good cinematographer. I have some visuals and visions and I have a few scripts that I can’t work on alone. I don’t know when the shooting will start but hopefully soon! When I make a film, it’s a life- changing event for me. So I’ll keep doing it my way. I also need a break.