Advertisement
Home / Entertainment / Taish, not a watch to ruminate on

Taish, not a watch to ruminate on 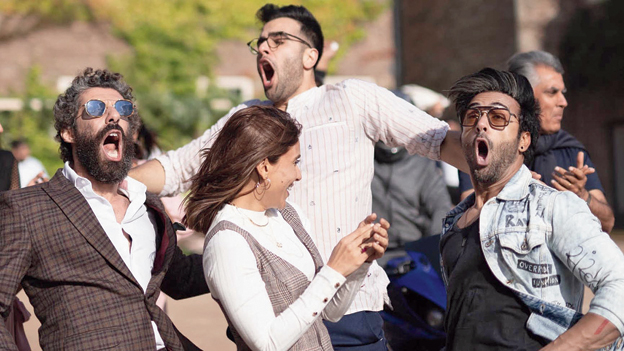 The last few months have birthed many a ‘new normal’. Taish is one such. Dropped last week on Zee5 both as a film and a six-part web series, Taish is far more intriguing in form than in content. Directed by Bejoy Nambiar — the man who impressed on debut with Shaitan close to a decade ago — Taish doesn’t fall into the category of ‘lockdown releases’ like Dangerous or JL5, that were made as films and then sloppily chopped into a series. Taish the film is 143 minutes long, while the web series is close to 180 minutes, with Nambiar and editor Priyank Prem Kumar tweaking both style and story for an experiment that starts off with a great deal of promise and ends up as, well, just about interesting.

I watched the series first. It follows a non-liner narrative and shuttles back and forth in time. The film version is considerably shorter and far simpler to watch. What doesn’t change is that Taish is full of anger. It takes its title, meaning ‘rage’, a little too seriously. At every point, someone or the other is looking to dig in a dagger or smash in a skull. Which is precisely what happens at the beginning of the series when a man walks into a washroom to take a leak and ends up with his skull smashed to pulp with a wash basin. The series goes into flashback mode from there, jumping between past and present, to trace its journey up to that moment. In Taish the film, this moment arrives at the 56th minute.

Taish is an experimental, often audacious, attempt but Nambiar often falls back on his default mode of substance being underscored by style. London forms the backdrop with Taish tracing the parallel lives of two Indian families, one of which is all set to celebrate a big, fat wedding and the other being a self-styled Southall residing mafia family. The events of a particular night — wash basin, smashed skull, remember? — end up with the two families clashing demolition derby style. In the end, Taish is left with a sizeable body count and the audience with a feeling of what could have been.

The women are incidental in Taish, which relies heavily on testosterone and unbridled brawn-based anger. Sunny (Pulkit Samrat) is the prototype of the typical Bollywood ‘hero’, sporting ganjis that show off his tanned abs and vrooms around on a bike. Pali (Harshvardhan Rane) is the gangster who isn’t afraid to show off his volatile side as much as he expresses his lover-boy vulnerabilities. Rohan (Jim Sarbh) is the ‘good guy’, a doctor brought up in London, who’s trying to deal with a traumatic event in his childhood and looking for a foot in the door to introduce his Pakistani girlfriend Arfa (Kriti Kharbanda) to his Indian parents.

Taish gets its slick visuals right, some of the dialogues are memorable and the central conflict is effectively mounted. However, the film often fast-forwards itself to moments that make it almost impossible for you to piece the narrative together. Making sense of some of the moods and motivations of its principal characters becomes even more difficult if you watch the series beforehand, with the film coming off as pretty disjointed in parts.

In the end, Taish is not a watch you will find yourself ruminating on. My one takeaway was Funk, a reworked version of the criminally underrated Pav Dharia number. And a moment, where breaking away from a wedding party dominated by Bengalis, a character asks another who’s smoking up outside: ‘What are you doing here? The real ‘bong’ party is inside’. If only the rest of Taish was as clever.