Seventeen prolific film-makers from around the world use the pandemic as a creative ground, both to show life in lockdown and the soaring heights that the human imagination can travel to 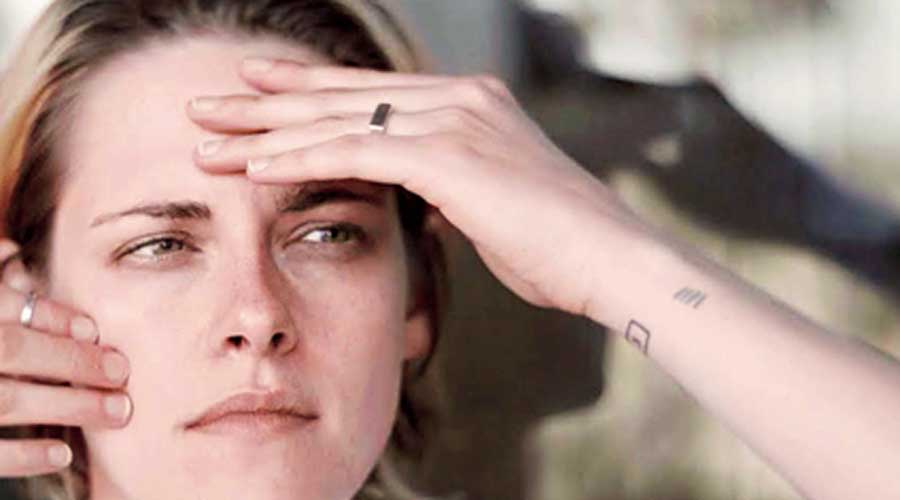 Art, in its simplest terms, is just a way to force a new perspective onto something familiar. To rip apart its definition and redefine it. Our lives were familiar, and now they must be reconstructed. We must find a way to look at our lives in a new perspective. And that is why art is a way of surviving’.

These words, playing out somewhere in the middle of the last short in Homemade, both encapsulate the function of art and define what the Netflix series is about. That it’s narrated in the silken and soothing voice of actor Cate Blanchett makes these lines even more profound. Seventeen prolific film-makers from around the world — names like Pablo Larrain (who’s also created the series), Lady Ly, Paolo Sorrentino, Ana Lily Amirpour, Rachel Morrison, Rungano Nyoni, Gurinder Chadha and Nadine Labaki, alongside actors Maggie Gyllenhaal and Kristen Stewart, who also direct — use the pandemic as a creative ground, both to show life in lockdown as well as illustrate the soaring heights that the human imagination can travel to even when we are boxed in.

Ranging from life-affirming to relationship revealing, inquisitive to intensely personal, Homemade is a catalogue of how some of the most astute film-makers in the world today are looking at the new normal, even as they navigate through these trying times that all of us are facing. The shorts, each ranging between four and 11 minutes, allow these distinctive voices with diverse sensibilities, to capture and comment on what is a unique moment in the history of humanity. t2 picks its favourites among the 17, that you “can watch in any order” on Netflix.

Lady Ly’s distinctive visual flourishes are visible in this otherwise austere short in which the French film-maker sends out a drone during lockdown over the Montfermeil commune in Paris (a nod to his 2019 much-acclaimed film Les Miserables) to show the disparity between the have and the have-nots, focusing on the underprivileged standing in line for food, even as the drone soars over the city’s privileged ramparts, which also has its own stories to tell. Whoever said that the pandemic is the greatest leveller needs to take a long, hard look at this six-minute watch.

Lending a touch of the bittersweet and often laugh-out-loud is Paolo Sorrentino’s superbly creative seven-minute short that imagines a conversation between the Pope and Queen Elizabeth who “catch up” during the lockdown. The quasi-animated short using the action figures of the Queen and the Pope (and voiced delightfully by Javier Camara and Olivia Williams) shows the two engaging in some good-natured banter which quickly turns to some harmless flirting. The glorious landscape of empty Rome is harnessed as the backdrop as the Queen and Pope do everything from dancing to skinny-dipping (yes!) and argue over what to watch... no prizes for guessing that she insists on The Crown and he on The Two Popes. Most of it is a lot of fun, but the short also makes it a point to illustrate how the two “symbolic” figures have actually led lockdown lives (constrained, bound by duty and image) all along. Sign up for some guaranteed guffaws.

Pablo Larrain gives us a deliciously twisted look at a Don Juan well past his prime but refusing to give up in his 11-minute short that captures an old man, stricken with the virus in a nursing home, video-calling a former girlfriend and proclaiming his “undying love” for her. The call oscillates between heart-wrenching and hilarious, but the twist in the tail comes courtesy the girlfriend, who listens to the man with an unemotional face all along and then rains the choicest abuses on him, asking him how many women he had called before her to say the same thing? The short ends with the man, dying but never giving up, asking the perplexed nurse to help him call another girlfriend. This one will have you laughing your head off.

Rungano Nyoni’s short is a “I know what it feels like” rerun for live-in couples who have broken up a couple of times in the lockdown, only to have no choice but to live in the same house. The 10-minute watch illustrates the film-maker’s ability to use the medium in a novel way, with the action completely being conveyed through the text messages that a bi-racial couple, who break up and move to different rooms of the house, exchange with their respective friend groups. This is originality in storytelling at its best.
PS: The two make up in the end.

Maggie Gyllenhaal directs her actor-husband Peter Sarsgaard in this rather discomfiting watch in which a man (Sarsgaard is the only actor here) spends the days of the pandemic in absolute isolation in a remote location. His only companion is a static-filled voice on the radio, offering a peek into the outside world where the virus has already claimed a billion people and is slowly spreading its tentacles on the solar system. The short isn’t an easy watch, but the man’s moment of joy at the end — courtesy an unexpected gift — will leave you with a smile.

The camera never leaves Kristen Stewart’s sleep-deprived face in this 10-minute short in which the Twilight actor directs herself. Encapsulating what each of us is feeling at the moment, or has experienced at different points in the last few months, the short has Stewart as an insomniac who is now unable to distinguish between her waking and sleeping hours, even as the buzz of the crickets outside her apartment — an analogy for her constantly stressed brain ticking away — refuses to go away. This one may be too close for comfort, but it succinctly brings alive the here and now, whether we like it or not.

Gurinder Chadha’s nine-minute short is like a big comforting mug of hot chocolate on a cold day. The film-maker comes up with a home video of sorts to show how she’s using the gift of time to connect with her family (her 12-year-old twins Ronak and Kumi are the stars of this short) and also grieving for the loss of her loved ones. Rooted in reality and basically showing a family like yours and mine looking at the positives of an uncertain situation even as they spend quality time together, this is a heartwarming watch. And who doesn’t like a bit of Bollywood and bhangra thrown in anyway?

Film-maker Ana Lily Amirpour takes a rather ominous and disconcerting cycle ride during lockdown through what was once bustling Los Angeles. With Cate Blanchett’s voice providing commentary on what the new normal feels like, the short talks about a different world and how we need to realign ourselves with it. The short doesn’t, however, romanticise the trauma, but it very firmly and succinctly does tell us that the world will change. And that we will too.