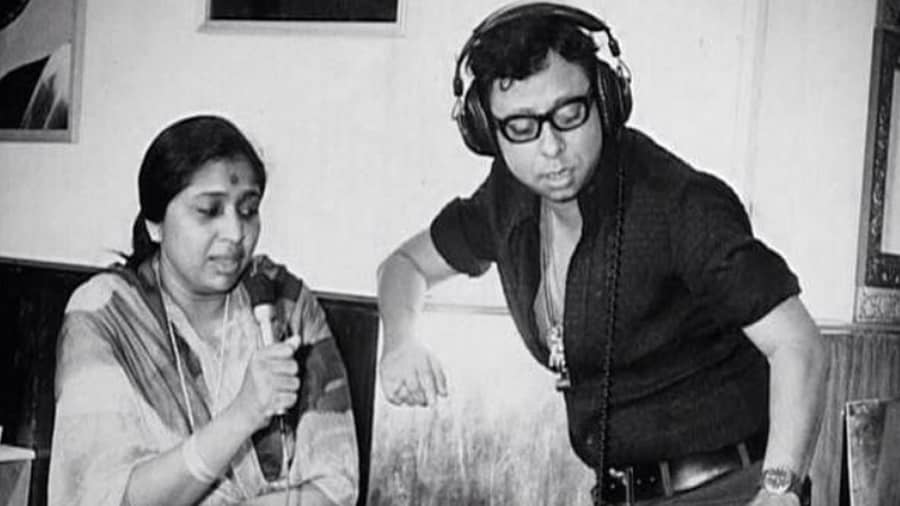 What is the date today? If you are a Pancham fan, then it is all about celebrations - it is RD Burman’s birthday.

Needless to build on the introduction - the legendary music director turns a year older - nay, a younger would be apt. The reason? This man personifies zeal and exuberance.

Here is a man whose music still remains the USP. His tunes have, on several occasions, gone on to become a bigger draw than the films they were embedded in. And this is why the versatile son of the legendary SD Burman stands out.

We all know how RD was almost in solitary confinement, with the industry deserting him in the late ’80s and early ’90s when the likes of Bappi Lahiri, Anu Malik, Nadeem-Shravan and others were in demand. An earnest request to filmmaker Vidhu Vinod Chopra (with whom RD had done Parinda) paid off. “Sunle kuch dhun Vidhu,” he had told Chopra and the end result was 1942: A Love Story.

The film was an average grosser, but the music is still a force to reckon with. Ek Ladki Ko Dekha, Kuch Na Kaho, Rim Jhim Rim Jhim and so on. How many of us recall the story? But the songs have left an indelible imprint on us.

Years back, when Gulzar roped in Bengali matinee idol Uttam Kumar to make Kitaab, he was eyeing to make a difference. The movie failed to establish Uttam in Bollywood but the song Dhanno Ki Aankhon Mein turned out to be immortal, thanks to Pancham.

The Kishore Kumar-Amitabh Bachchan journey in its early days had Mehmood’s Bombay to Goa on its list. But more than the movie, it was the song Dekha Na Hai Re that struck a chord with us.

It is lamentable that those like Raj Kapoor and Yash Chopra preferred Shankar-Jaikishan, Shiv-Hari, Khyaam and others to RD, but films like Dharam Karam, Biwi O Biwi with Kapoor and Deewaar with Chopra had the RD signature style. Ek Din Bik Jaayega from Dharam Karam, Meri Bulbul from Biwi O Biwi and Kehdoon Tumhein from Deewaar are still revered.

One reason why Naveen Nishchol would bask in the glory of his film Buddha Mil Gaya is the number Raat Kali composed by RD. A huge majority of Randhir Kapoor films may have been forgotten but songs like Koi Shama (Jaane Jaan), Kheirishu (Harjaee), Rang Le Aayenge and Aankhe Milayenge (Janwaar) and several others are part of folklore.