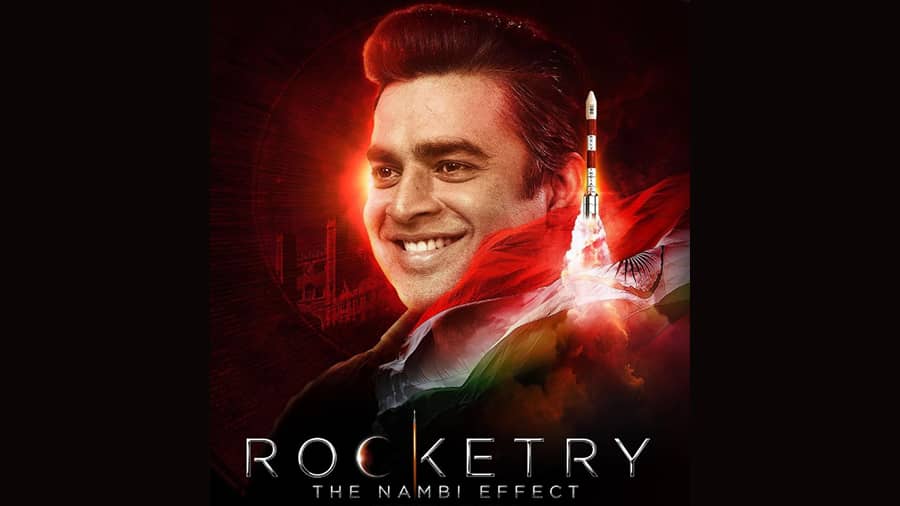 Superstar Rajinikanth on Monday praised R Madhavan on his directorial debut Rocketry: The Nambi Effect, calling it a must-watch film that should be shown to the youth of the country.

“The film Rocketry is a must-watch movie, especially for young people. In his directorial debut, Madhavan has proven that he is equal to ace directors. He has shown Padma Bhushan awardee Nambi Narayanan’s sacrifices and sufferings in the most realistic manner. I thank and appreciate him for making such a movie,” Rajinikanth shared in a note written in Tamil on Twitter.

Based on the life of former ISRO scientist Nambi Narayanan, Rocketry: The Nambi Effect was released in theatres on July 1. The movie follows the life and struggles of the scientist who was falsely accused of espionage in 1994 leading to his arrest. The charges against him were eventually dropped and in 2019 he was awarded the Padma Bhushan for developing the Vikas rocket engine. The film focuses on the tumultuous yet impressive career of the scientist.

Later in the day, Madhavan posted a video on the microblogging site thanking the superstar for his praise.

“I don’t know what to say and (the credit goes to) Nambi Narayanan sir and the full team,” the actor said in Tamil.

“I really don’t know what to say. Thank you Rajini sir. It’s people like you that make it so worth it. Much love and respect to you,” he further said in the clip.

Rocketry: The Nambi Effect has been released in Hindi, English, Tamil, Telugu, Malayalam and Kannada languages. Besides Madhavan, the movie stars Phyllis Logan, Vincent Riotta and Ron Donachie along with special appearances by Shah Rukh Khan and Suriya.