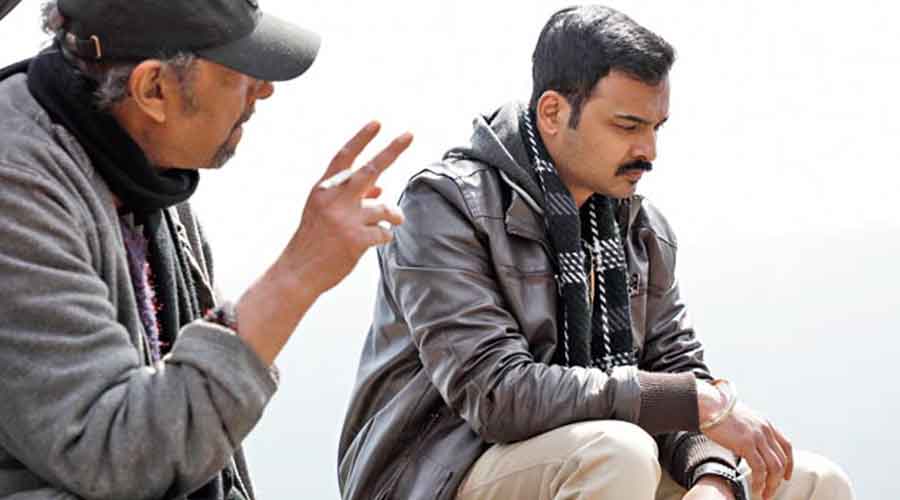 As a 1990s kid, actor Rajdeep Gupta grew up watching Anjan Dutt as a director, actor and a musician. He was a fan of his songs and craft. For the first time Rajdeep saw him as a teacher for the Hoichoi web series Murder In The Hills (created by Anjan Dutt). The Telegraph chat....

What was your first reaction when you got to know that you had landed an important role in a web series directed by Anjan Dutt?

It was late at night when I got back home and saw Anjanda’s call on my Wi-fi number. As I don’t use that number much, that phone is mostly at home but somehow Anjanda had called on that number... maybe someone gave it to him by mistake, and seeing the missed call I had goosebumps and was a bit tense at the same time. So I sent him a text as it was late at night, saying sorry. His reply was, ‘Calling you in the morning, kaaj niye kotha achhe.’

In the morning he called and spoke about the series and the character, I got super excited. It was a dream working with him, playing a character I had never played before. So it was a different feeling altogether. Incidentally, I was supposed to work with him in 2019 but that project was on hold, so this time I was super excited.

Growing up, how did his works influence you?

I have always been a fan of his songs. I am a ’90s kid, so Bela Bose and Ranjana were among the top five fave Bengali songs. And, of course, there is a special connect with the film Bong Connection. 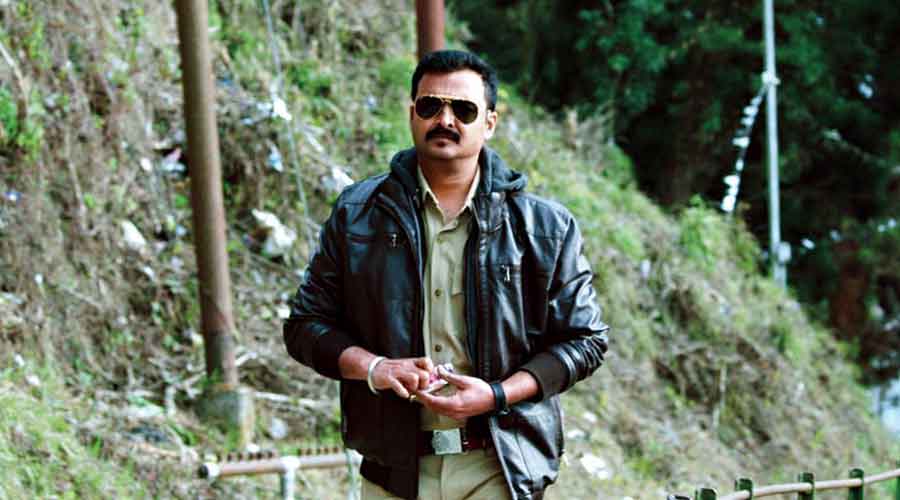 Rajdeep in Murder In The Hills, streaming on Hoichoi.
The Telegraph

I had heard from my co-actors and friends that Anjanda is a brilliant teacher when he directs... he takes out the best from an actor, so as an actor it was my dream to work under his direction. This time I got lucky. Our first meeting was at his place where we all went for the script-reading session. It was a different kind of session altogether, where he first spoke about his way of working and how he wants his actors to be and behave and so on, then we heard the whole script.

How did you prep for your character?

After the script reading, we all had a session where Anjanda showed us a few movie clips. He gave me a couple of references for the look and feel, the attitude, he kept saying attitude and the style are very important. I watched a few films he had referred. Later, I even tried to follow Anjanda, his way of holding the cigarette, the way he sits on a chair with an attitude. Then while shooting he would guide us all.

Tell us about your character.

Subhankar Banerjee is the DSP of Darjeeling, who’s a Bengali but living in Darj for the last few months. The character brief was of a tough-looking man of mid-30s, who is tough and stylish and a bit flamboyant too, whatever he does, he does it with  style. A man with no-nonsense attitude.

Your look in the series has got a lot of positive feedback.

My look was very important. I had never played a tough-looking character before... in most of my projects I had played a boy next door, a lover boy or a good boy. He asked me to shave my beard and keep a thick moustache and (sport) Aviators. And he specifically mentioned the moustache should be normal, so I did that and went for the look test. There he felt something was missing and he wasn’t satisfied with the look. Later he asked me to go for a shorter haircut. Finally it was a crew cut and a moustache! Finally I look tough!

How was your shooting experience?

It was an experience of a lifetime. What a director, what a teacher and what a lovely team. It was, overall, a team effort. The directorial team, the ADs... the crew, they all were super active. And then the cast, mostly with all my friends. Most of us started our careers together. Anindita was my friend before I started acting. I gel brilliantly with Sourav. Sandipta is one of my oldest friends from the industry. I got along superbly with Arjun (Chakrabarty) and Suprobhatda (Das). The icing on the cake was Anjanda’s direction. I have learnt a lot, obviously from a brilliant teacher like Anjanda, and such fine actors around me. This project made me realise the importance of team work.

What would you all do post-wrap up in Darjeeling?

Our schedule in Darjeeling was superb. We used to shoot during daylight, mostly. We would come back to the hotel room, freshen up, change and then go out... Keventers, Glenary’s. Sandipta knew a lot of food places in Darjeeling where she took us for great local food. And by late evening we were back... and dinner we all had together... Anjanda used to discuss the scenes for the next day and after dinner we had a small adda session.

Any interesting anecdotes from the shoot?

Yes, there’s one! My DSP uniform was made with a lot of details. Anjanda had wanted the exact uniform and colour. My jeep had the DSP Darjeeling number plate too. The local traffic guard saw my jeep one day and stopped all the other cars for it to go through. Another day, I was walking towards the shoot location with my uniform on and a few junior officers walked past me with a salute.