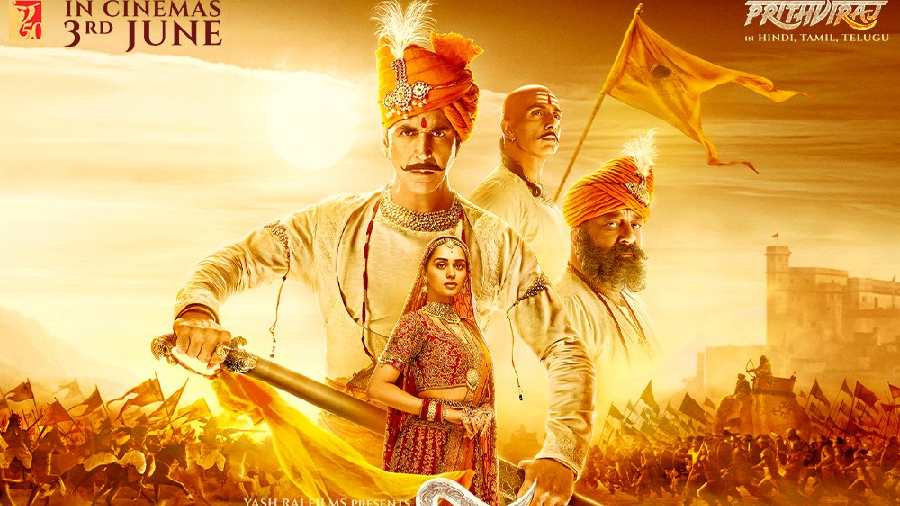 Claiming that the 12th-century warrior king Prithviraj Chauhan belonged to the Gurjar community and not the Rajput, a Gurjar organisation on Friday reiterated its demand to depict him as a Gurjar ruler in an upcoming film on him, starred by Akshay Kumar.

According to Britannica, which describes Prithviraj Chauhan or Prithviraj III, as a Rajput Chauhan king, says the 12the century warrior king's rule stretched from Sthanvishvara (Thanesar) in the north to Mewar in the south with his Rajasthan's present-day Ajmer being his kingdom's capital.

In a news conference, the Akhil Bharatiya Veer Gurjar Mahasabha claimed that the facts mentioned in the epics establish that Prithviraj Chauhan was a Gurjar ruler.

Acharya Virendra Vikram of the Mahasabha claimed that in Prithviraj Raso Part 1, Prithviraj Chauhan's father Someshwar has been described as a Gurjar.

There are several other historic facts that clearly show that he was a Gurjar. Based on these facts, we have demanded from the producers of the film to show Prithviraj as a Gurjar ruler in the film and not as a Rajput, he said.

The Mahasabha's state president Manish Bhargad said his organisation had met the film producer last year and handed over to him the historic evidence over the issue and requested him to present correct facts in his film.

The film producer had assured the Mahasabha last year that nothing against the community will be shown in the film. As the film is now going to be released, we reiterate our demand that Prithviraj should be shown as a Gurjar ruler.

There was no instant reaction from Rajput leaders on the matter.

Akshay Kumar-starrer Prithviraj is all about grandeur, patriotism and bravery. The movie is written and directed by Chandraprakash Dwivedi.

Prithviraj is based on Prithviraj Raso, a Braj Bhasha epic poem about the life of Prithviraj Chauhan. The film, which has faced multiple delays due to the coronavirus pandemic, is scheduled for release on June 3. The film will also be released in Tamil and Telugu languages. It also stars Sakshi Tanwar, Ashutosh, and Lalit Tiwari in pivotal roles.