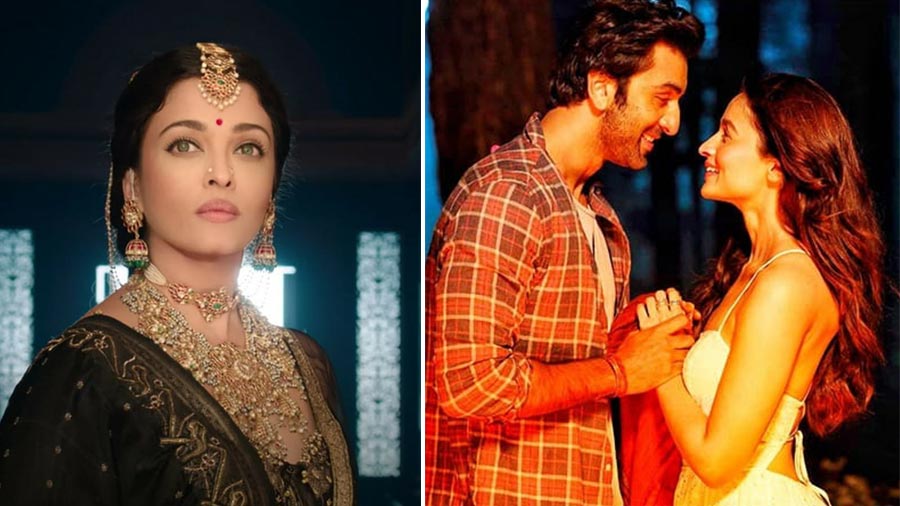 Improving upon an impressive August at the box office, Indian cinema enjoyed a September to remember on the big screen. According to The India Box Office Report, prepared by Ormax Media, September was the third most profitable month for celluloid in 2022, with a gross collection of Rs 1,102 crore. March and April still lead the way for the calendar year, with tallies of Rs 1,665 crore and Rs 1,484 crore, respectively.

PS-I and Brahmastra make up 59% of September’s collection

The ensemble cast of Ponniyin Selvan: I (PS-I) and the Ranbir Kapoor-Alia Bhatt-starrer Brahmastra combined to drive 59 per cent of the gross monthly box office numbers in September. PS-I ended the month on Rs 337 crore, enjoying a healthy lead over Brahmastra, which accumulated Rs 308 crore, in second place. Kannada action thriller Kantara finished third, with a sizable collection of Rs 104 crore, placing it in front of Hrithik Roshan and Saif Ali Khan’s Vikram Vedha, which underperformed significantly at Rs 92 crore.

Tamil and Telugu releases dominated the rest of the top 10, with the only Bollywood representative being R. Balki’s Chup starring Dulquer Salmaan, which managed to fetch Rs 13 crore in September, good enough for the seventh place on a monthly list.

Even though K.G.F. Chapter 2 and RRR lead the yearly box office, with a collection of Rs 970 crore and Rs 869 crore, respectively, September created a shake-up just below the mega blockbusters. With their spectacular showing last month, PS-I and Brahmastra have displaced The Kashmir Files and Vikram to become the third and fourth highest-grossing films of 2022. While it is unlikely that either of the two can break the duopoly at the top, they should be able to consolidate their respective positions on the annual charts during what remains of their run in cinemas.

As for 2022’s quest to become the best-ever box office year in India, September has very much been a shot in the arm. Currently standing at an annual aggregate of Rs 8,205 crore, 2022 will need a further Rs 2,743 crore from the last three months of the year to beat 2019’s sum of Rs 10,948 crore. Should September’s performance be matched or even bettered by at least two of the three months that remain in the year, 2022 should be able to bag the all-time box office crown with ease.

Lastly, in terms of the language share at the box office, PS-I has once again had an outsized impact, driving Tamil’s share from 16 per cent to 19 per cent at the end of September. Hindi still leads the way with 33 per cent (unchanged from August), with Telugu dropping off to 22 per cent, a slip of two percentage points from last month.