Panchayat makers aimed at changing UP, Bihar’s ‘guns and violence’ image through the series 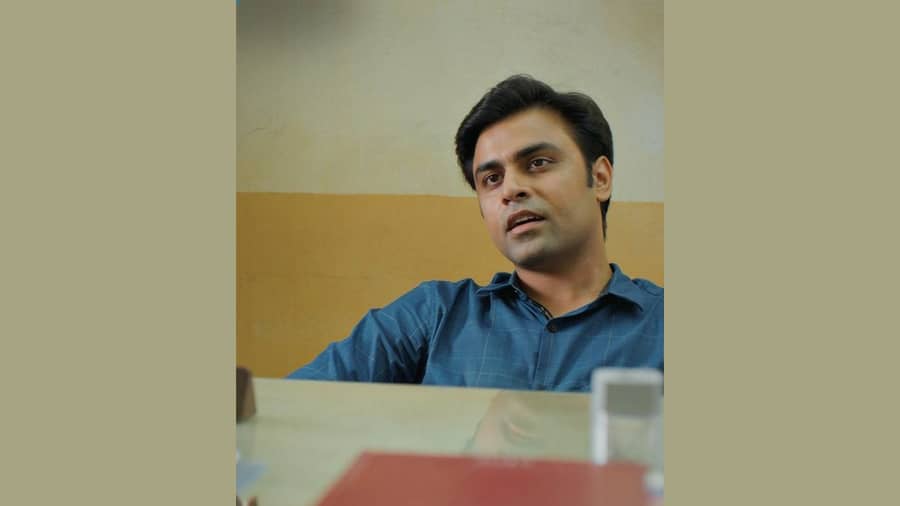 Panchayat revolves around an engineering graduate who fails to get a good placement and ends up in a village as panchayat secretary.
Instagram@primevideoin
PTI   |   New Delhi   |   Published 07.06.22, 10:37 AM

Two young men from small-town India chasing showbiz dreams set about creating life as it is in their homelands. The result is Panchayat, a slice-of-life collaboration between writer Chandan Kumar and director Deepak Kumar Mishra, who say they wanted to challenge the “guns and violence” perception of Uttar Pradesh and Bihar.

The first season of the OTT show, set in the fictional village of Phulera in Uttar Pradesh’s Ballia district, released in 2020. The second season released earlier this year, and the writer-director duo say the appreciation from viewers and critics has boosted their confidence

“We always wanted to do a full-fledged show where we explore the set-up of an urban guy coming to the rural area. That’s how the idea for Panchayat evolved. But we were sure about the tonality of the show, we wanted to pick up real issues and present them in a light, fun and satirical way,” Chandan, who studied in Patna, told PTI in an online interview.

The show revolves around an engineering graduate who fails to get a good placement and ends up in a village as panchayat secretary.

The second season, which continues the focus on the day-to-day lives, issues and absurdities of an Uttar Pradesh village, brings back its colourful set of characters played superbly by a mix of veterans and new cast, including Raghubir Yadav, Neena Gupta, Jitendra Kumar, Chandan Roy and Faisal Malik.

“We have grown up in that space. I am from Varanasi and Chandan is from Bihar. We know that it’s not always gun firing and violence there. People have their own stories there, their issues are small but they fight for that,” Deepak said.

“There’s this perception that guns go off everywhere if you come from this space. We wanted to challenge that perception by showing reality that goes beyond goli banduk,” he added.

Chandan, who like Deepak developed his storytelling chops in the production company The Viral Fever (TVF), said he always wanted to explore the rural setting but not make something that viewers are already familiar with.

What has worked for the Prime Video series is that it’s true to the milieu it is set in, be it the idiom, the portrayal of caste issues or the grassroots politics at the heart of every village election.

Being familiar with that world helped them spotlight the issues without being judgmental about the characters, Chandan said. The characters oscillate from being endearing to prejudicial, empathetic to nasty and sometimes more progressive than their behaviour would indicate, which is important for world building, he said.

“These are your stories, our stories and the stories that we grew up on. It is also drawn from the lived experiences and observation of the people around us,” the writer said.

Panchayat gave the duo a chance to bring back the storytelling of the 1980s Doordarshan shows where people and their daily lives were at the centre.

“We wanted to avoid the JW Marriott-type discussions. Those are big issues fit for big cities. When we were growing up, there was no DD Metro at our homes. We had DD and we would watch shows such as Panchatantra, Potli Baba, Byomkesh Bakshi and Malgudi Days,” Chandan added.

Having grown up on this diet, there was a desire to bring back that art form, which was disappearing from the storytelling space. “These were simple stories of everyday struggle but they are not easy to make,” Deepak said, recalling his childhood.

Both the writer and the director believe Phulera is a microcosm of India, which has many such stories struggling to come out. They are also confident the material they have can last several seasons.

“The advantage of designing small conflicts is that you can talk about an issue on a fundamental level. When you are showing opposition to the village head, you can show a man dealing with jealousy and anger because he did not like the slogan propagating the two child policies, he did not like the word bawaseer. So, you can deal with these issues in an interesting way,” Chandan said.

“Through these stories you can talk about the army, the problem of open defecation and bringing toilets to every house. We as humans face all kinds of issues and we should not trivialise the problems faced by the villagers, they are not silly or quickly impressed by technology as popular perception would have us believe. They are aware and connected with what’s happening around,” Deepak added.

As they start working on the third season of the show, Chandan promises to keep introducing fresh ideas without compromising on the tonality.