It’s testosterone that is at the front and centre of this series, streaming on Amazon Prime Video, that explores crime and grime 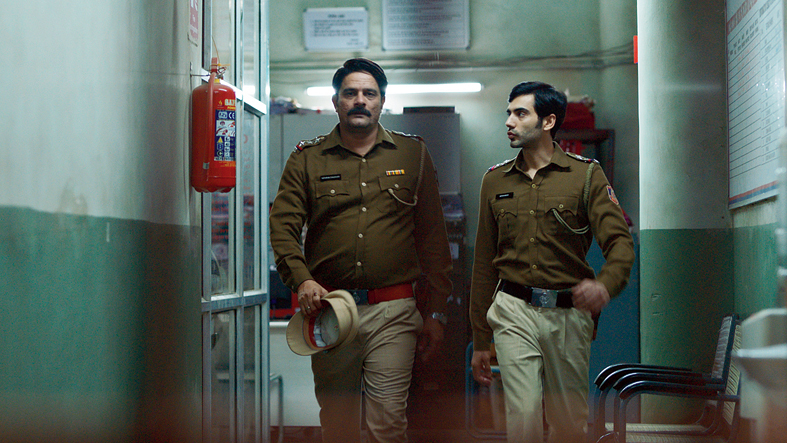 Mothers and sisters are constantly alluded to, albeit not in a complimentary way, in Paatal Lok. The women on this show may function largely on the periphery as compared to their male counterparts, but scratch below the surface and they have a larger role to play — as catalysts, as conscience keepers and as the means to catharsis.

But it’s testosterone that is at the front and centre of this series, streaming on Amazon Prime Video, that explores crime and grime, traversing the worlds of ‘swarga lok’ (heaven), ‘dharti lok’ (earth) and ‘paatal lok’ (netherworld). The three worlds, all present on earth — literally or metaphorically — are different, with different people inhabiting them, and yet during the course of the show, the lines are blurred. Faces are unmasked, loyalties come into play and the moral compass of the players keeps shifting. The result is a largely pitch-perfect drama that succinctly and compellingly portrays the greys of human character, across demographic and psychographic, giving us unlikely heroes and unlikelier villains.

On the surface, Paatal Lok, written by Sudip Sharma, the man who has also penned similar hard-hitting material like NH10 and Udta Punjab, may seem like a straight-up investigative drama. Four people are nabbed by the Delhi police, among them downbeat cop Hathiram Chaudhury (Jaideep Ahlawat), on charges of an assassination attempt. The target, as the cops uncover piece by piece, is Sanjeev Mehra (Neeraj Kabi), once a hero in the world of journalism (referred to as a “left-liberal f***er” more than once during the course of the show) who is now struggling to keep his job in the news channel he’s taken to soaring heights.

“People like us used to be heroes. Something about this country changed. Now we get trolled, killed, fired,” Mehra says bitterly. A few scenes later, someone tellingly brings up Gauri Lankesh’s name.

The four who are nabbed are, predictably, killers-on-hire seemingly employed to silence a voice of dissent against the ruling establishment. But Hathiram, a world-weary cop who is given the responsibility of the first high-profile case of his unremarkable career, figures out gradually that there is more than what meets the eye. It is then that Paatal Lok metamorphoses from a police procedural to a tightly-knit thriller that examines the fault lines of caste, social prejudice, marginalisation, vote-bank politics, fake news and the Hindu-Muslim divide. Some of it is subtle, but a lot of it — aptly and winningly — is done using a sledgehammer.

And it’s a man wielding a hammer who is the pivot around which the drama in Paatal Lok is built. Vishal Tyagi (Abhishek Banerjee, compelling in relatively less screen time), a small-town shot-put champ from Chitrakoot in Uttar Pradesh, takes up the hammer during his schooldays to avenge the abuse of his sisters, and then goes on, over the years, to pummel 45 people to death, thus earning the terrifying moniker of ‘Hathoda’ Tyagi. There is something dark and deeply unsettling about this character — a man of few words — and yet the heart of darkness of Paatal Lok doesn’t really reside in him. It’s in the swish parties and the swank offices peopled by the morally corrupt where privilege is rampant and manipulation is normalised.

Paatal Lok travels from the power corridors of Delhi to the wild, wild country of the Indian hinterland, with the series spending a lot of time in revealing the machinations and motivations behind crime and criminals. The backstories of each of the four offenders is put together piece by piece to create empathy, once again illustrating that it’s the sin and not the sinner that needs to be held accountable.

Paatal Lok — that marks actor Anushka Sharma’s debut as producer on the web — is co-directed by Calcutta boy Prosit Roy (who directed Anushka in the horror film Pari) and Avinash Arun (the man behind the stunningly good Marathi film Killa). The two, working on a complex script, bring both terrific atmospherics and a telling socio-political context to the series. Playing out at nine episodes of more than 40 minutes each, Paatal Lok does get over-populated and convoluted in between, but the series pulls it back together for a largely satisfying ending.

It’s the performances of a strong ensemble cast that make the series a winner. Jaideep Ahlawat is terrific, inhabiting Hathiram Chaudhury with a humaneness that makes him endearing, and yet imbues him with a steely resolve of a cop who needs to make it count, not only for a fillip to his career, but to redeem himself in the eyes of his wife Renu (Gul Panag, cast against type, is sparkling) and his teenaged, wayward son. It’s Hathiram’s interactions — cop station to bus stand — with his subordinate Ansari (Ishwak Singh is the find of the series), a rookie cop who is brilliant at his job but faces constant discrimination because of his religion, that give Paatal Lok its heart. Neeraj Kabi makes Sanjeev Mehra’s moral ambiguity and shifting loyalties leap out and even manages to make trite lines like, “We liberals are such a cliche. All we need for a human story is a Muslim criminal or an LGBT character”, palatable. Swastika Mukherjee, as Mehra’s anxiety-ridden wife trapped in a loveless marriage, affords an endearing fragility to a part that could have well turned into a stereotype. Her Dolly is the one who plays a strong part, directly or indirectly, in giving the narrative a different turn towards the end of the series.

Dogs, mostly stray, are a key motif in Paatal Lok. There are references to the dog that accompanied the Pandavas to heaven in The Mahabharata, while two characters — on opposite ends of the moral and socio-economic divide — are united in their fondness for dogs. It’s a loaded comment on humans and humaneness even in the heart of darkness. And Paatal Lok is ample proof of that.