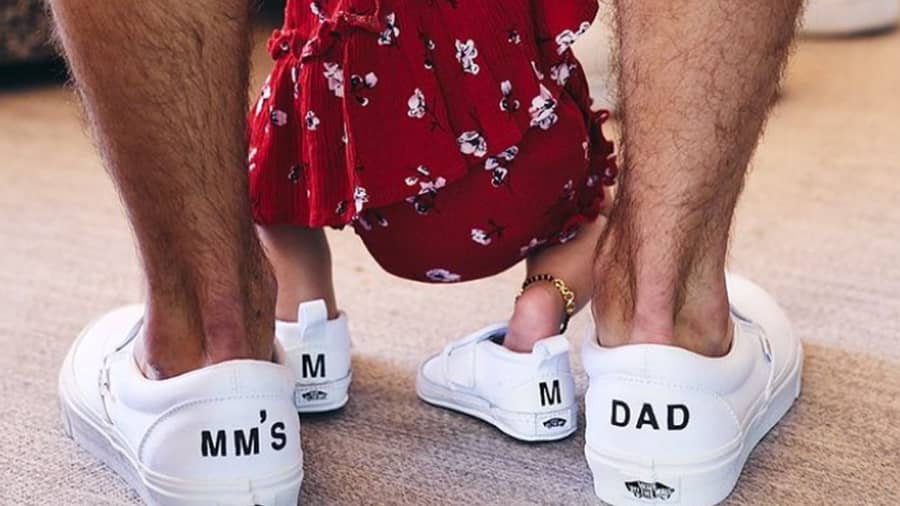 This Father’s Day was special for celebrity couple Priyanka Chopra Jonas and Nick Jonas, who welcomed their first child via surrogacy in January this year. The couple shared a picture of their daughter Malti Marie Chopra Jonas and Nick twinning in a pair of white sneakers, with Malti’s initials ‘MM’ written on her sneakers and ‘MM’s Dad’ written on the pair Nick wore.

While still choosing to keep Malti’s face from the public eye, the couple shared an adorable picture of Malti and Nick’s feet. The Fashion actress made the day special for her husband by gifting the father-daughter duo a pair of customised white Vans sneakers.

Sharing the picture on social media, Priyanka wrote, “Happy 1st Father’s Day my love. To watch you with our little girl is my greatest joy..what an amazing day to come back home… I love you.. here’s to many more.”

The second youngest Jonas brother also shared the same image on his Instagram. Thanking his wife, the singer wrote, “First Father’s Day with my little girl. Thank you @priyankachopra for the incredible Father Daughter sneakers and for making me a daddy. I love you so much. Happy Father’s Day to all the dads and caretakers out there.”

Nick and Priyanka’s parenting journey has not been a smooth one. The couple announced the birth of their daughter in January. Asking for privacy, the couple shared that the child had been born via surrogacy.

The first picture the couple shared of Malti was on Mother’s Day. In the picture, Priyanka is seen hugging Malti with Nick looking at them and holding the child’s arm. The baby’s face is covered with a heart emoji for privacy. The post’s caption relayed that the child had been in a neonatal intensive care unit (NICU) for over 100 days before the couple could take her to their home.

The recent post of the child shows that she has come a long way since her NICU days. As a nod to her Indian heritage, Malti can be seen wearing a black bead and gold anklet which is a charm worn to ward off the ‘evil eye’.

While Priyanka and Jonas welcomed their daughter earlier this year, older Jonas brother Joe Jonas is expecting his second child with his wife Sophie Turner.