New on Netflix: 4 international shows and films from November to January 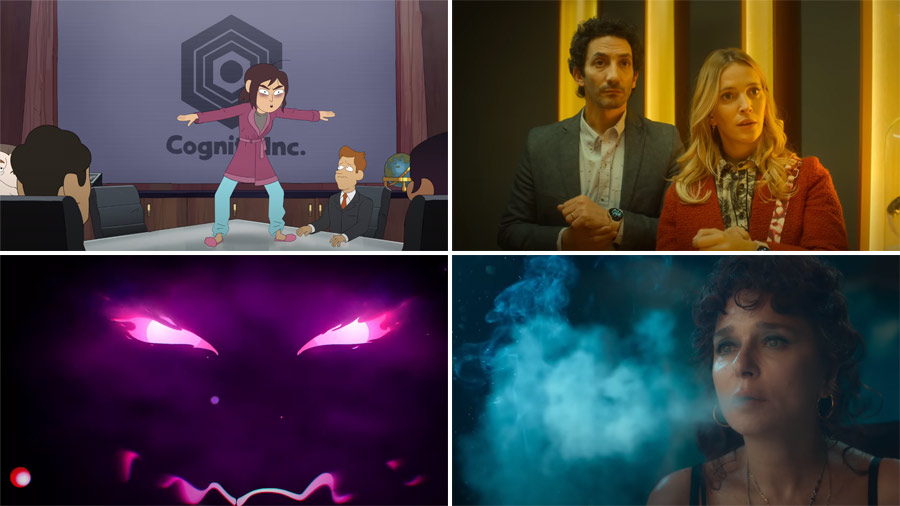 Netflix dropped the trailers of a number of movies and shows, including an adult animated series, a Spanish romantic drama film, a dating reality show and an Italian drama series, on Tuesday late evening and Wednesday morning. We take a look at some of the most promising of these trailers and teasers.

In the two-minute-long trailer, we see Rand (Slater) taking over the world. His estranged daughter, Reagan (Caplan), is rightfully pissed at the manner she has been treated by her father. PR officer Gigi (Campbell) is mad about a new guy called Ron Stadler (Adam Scott).

Inside Job - Part 2 will arrive on Netflix on November 18.

The trailer revolves around a married couple who are trying to bring some freshness into their stale conjugal life. They enter a facility where each of them is given two objects that show the activities that they should do together from now on.

The Marriage App will be streaming from December 7.

Too Hot To Handle Season 4

Netflix’s hit dating reality show Too Hot To Handle, hosted by Mario Lopez and AI Lana, includes 10 young persons who are ready to push their love lives to the limit.

We see host Mario Lopez describe the show as ‘wild love’. Ten sizzling young singles will live together in a picturesque villa in their quest to find love. The format remains the same but the adrenaline is still getting higher.

Too Hot To Handle Season 4 will be streaming from December 7.

The Lying Life of Adults

The trailer chronicles the journey of a teenage boy in Naples in the early 1990s. The boy shares a close bond with his aunt, who is also her friend and guide. It is a series about understanding how to navigate life by embracing its mistakes. The show is written by De Angelis, Laura Paolucci and Francesco Piccolo.