‘It was a franchise-able idea right from Day One’ 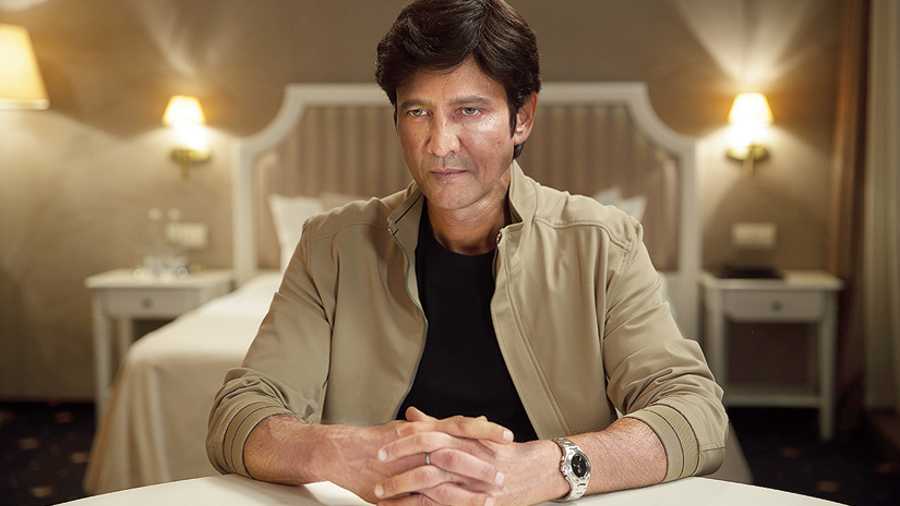 When it dropped in March 2020, just a few days after the Covid-19 pandemic hit the globe, Special Ops became an instant hit. Created by Neeraj Pandey — the man behind seminal thrillers like A Wednesday!, Baby and Special 26 — the eight-episode espionage series, led by Kay Kay Menon’s Himmat Singh, was unanimously praised for its taut direction, engaging plot and stellar acts.

Earlier this month, Special Ops 1.5: The Himmat Story — a four-episode origin story on how Himmat Singh became Himmat Singh — dropped on Disney+Hotstar, with Neeraj, who was born and brought up in Howrah before heading off to Mumbai to make films, looking to expand Special Ops into a universe. The Telegraph caught up with Neeraj and his longtime producing partner Shital Bhatia to know more.

Special Ops 1.5 dropped quietly, but the praise has been quite consistent, if not as overwhelming as Season 1. What’s been the predominant feedback that’s come your way?

Neeraj Pandey: It’s been quite overwhelming, actually. This was always supposed to be a four-episoder and that’s what we came up with, and most of the reactions that have come in have been that why couldn’t it be longer? That’s been a constant feedback. Also, the ‘threat’ that they are waiting for the next season! (Laughs)

Shital Bhatia: There has been a lot of appreciation. That everybody is liking it is more than enough for us.

Neeraj, Special Ops had a Season 1 that was complete in itself. Why was it essential for you to tell Himmat Singh’s backstory?

Neeraj: It served two purposes for us. Whenever we want to go forward and talk about Himmat in the subsequent seasons, we would want the audience to know a little more about him than what they got to see of him in Season 1. Rather than making it a subplot in a season, we felt that Himmat’s  dynamic with his family — his relationship with his wife (played by Gautami Kapoor) and his kid — was essential to establish him as a person and perfectly set up his journey for the storytelling in subsequent seasons.

Was the decision to make Special Ops into a universe taken after Season 1 became such a massive hit, or was that always the plan?

Neeraj: It was a franchise-able idea right from Day One. We all know that the OTT format is such that one can talk about episodic seasonal arcs and hence one is compelled to think about more seasons. But, of course, it also depends on the success of the previous season.

Primarily, while we knew that this was a franchise-able idea and that the branding is perfect for it to be taken to another level, we were also equally cognisant of the fact that the series has to do well in its first season. After executing Season 1, we were waiting for reactions and when everything sort of fell in place, we decided to think of how to develop it further.

How much does Kay Kay Menon contribute to making Himmat Singh more than the man you have on paper?

Neeraj: Kay Kay is someone I have known for more than 20 years now. We have worked on multiple projects before this. So I have always known that he is someone who can take the material and elevate it to another level. That’s the confidence that we have in him as an actor and honestly, it’s not surprising that he does it all the time.

Though you always knew that you had a great product in hand, did the fast and furious success of Season 1 take you by surprise, and what does Special Ops being appreciated across varied demographics tell you about the audience of today?

Neeraj: When you make something, you honestly have no parameters in mind or a way to gauge whether it will be as successful as it turns out to be. You just want the audience to like what you have made. How much they like it is not something that’s at the top of your mind... at least that’s true in my case.

We were hoping that the audience would like it when the first season got released. The change in pace (of appreciation from the audience) due to the change in format is something we are all witnessing. The pandemic accelerated it. The arrival of OTT, the way it has been received... because of the pandemic, what would have happened in five-seven years, happened in a year-and-a-half. During that time, we all got a taste of what can be done, how wide the latitude of storytelling could be... I hope both the mediums of cinema and OTT thrive together. They are not a threat to each other, for sure.

How do you work around the dichotomy that a thriller has to be pacy and yet in a series, you have the luxury of detail, but could fall into the trap of losing the thriller element of the story?

Neeraj: Shital and I always keep talking about this. We look at the OTT series format as being very similar to that of a novel. You can spend time on it, you can go non-linear, you can take your time with a certain incident, you can even pace it differently.... In a certain episode, you can take time off the main plot, delve into something else and come back... the format allows you to do that. So it’s very similar to the format of a novel.

Does Himmat’s story lend itself to a novel? Neeraj, you have written a novel called Ghalib Danger in the past...

Neeraj: No, I don’t think so. What I have written as a book can be adapted for the visual world, but not vice-versa.

When can we expect Season 2 of Special Ops?

Neeraj: We are working on the script right now, it’s early days. We are looking at next year hopefully. 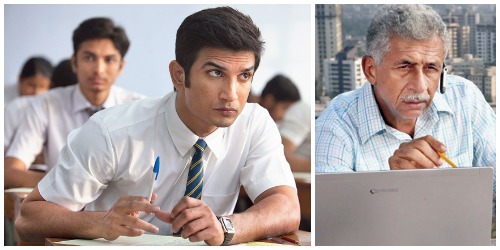 M.S. Dhoni — The Untold Story; and A Wednesday!

Both Himmat Singh in Special Ops and Srikant Tiwari, played by Manoj Bajpayee, in The Family Man are Everyman heroes. They kind of overturn the notion one has of a super spy. What do you think works for the ordinary man doing extraordinary things in the Indian espionage genre?

Neeraj: For me, the Everyman has worked all the time. Right from my first film A Wednesday! the Everyman has been at the centre of all my films. Even M.S. Dhoni (The Untold Story) is the story of an Everyman. He just pushed the envelope, was more tenacious and became the man that he became. For me, everything originates from the ordinary becoming extraordinary. I don’t know how to look at life otherwise.

For the two of you, what is it that works for the working relationship that you share? It’s been a more than a decade now....

Shital: Neeraj, you have to tell me what works... because we are fighting all the time!

Neeraj: Our arguments over the years have kept us together....

Neeraj: That’s what! (Laughs) But on a serious note, we have known each other for 20 years now. We come from different backgrounds, but we have had a common journey peppered with fantastic challenges and great adventures. So, sticking to each other, believing in each other and believing in our common vision, come what may. That’s kept us together in the long run.

What can we expect next from your production house Friday Filmworks over the next few years?

Shital: Neeraj is working on Chanakya (a film with Ajay Devgn as Chanakya). We also have a couple of films and series in the works.