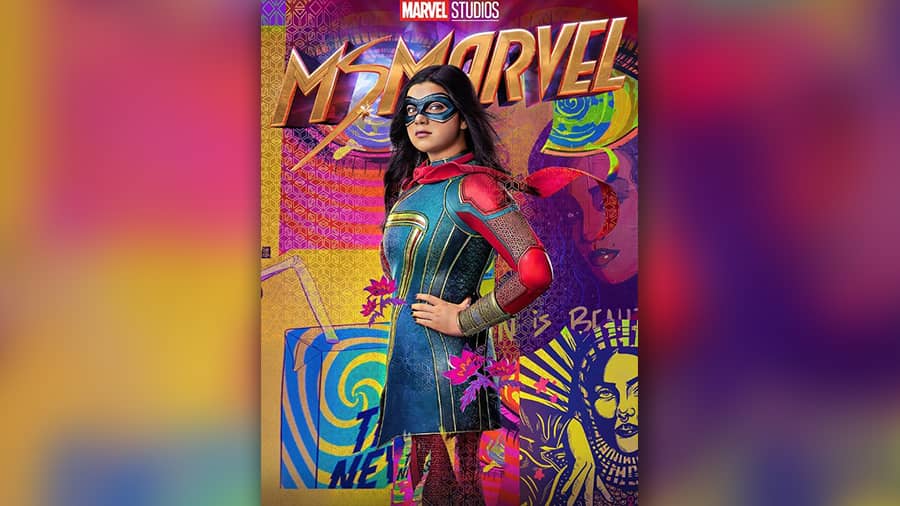 Marvel Studios appears to have hit all the right notes with its first South-Asian teenage superhero in Ms Marvel. The first season of the six-episode mini-series concluded with Kamala Khan – played by Iman Vellani – getting her own superhero suit and a superhero name. More interestingly, it made revelations hinting at the young superhero’s possible future in Marvel’s Multiverse.

After stellar performances by series regulars like Iman Vellani (Kamala Khan/Ms Marvel) and Mohan Kapur (Yusuf Khan) as well as guest stars like Farhan Akhtar (Waleed) and Fawad Khan (Hasan), the series did manage to offer some interesting moments in the final episode, but couldn’t match up to the What If…? finale.

Here’s what stood out in the Ms Marvel season finale:

Balance between family and responsibility

Kamala faced several challenges in the series. She had to face the regular teenage challenges of school, planning for the future and fitting in. She also had the Clandestines after her power-granting bangle while she learnt how to control her superpowers. Additionally, she struggled to find a balance between her family and her self-acquired superhero responsibilities. By Episode 5, Kamala’s mother Muneeba Khan (played by Zenobia Shroff) finds out about her secret superhero life, relieving the teen of some burden.

Episode 6 gives us a hilarious ‘coming out’ moment where Kamala tries to tell her father Yusuf, her brother Aamir Khan (played by Saagar Shaikh) and sister-in-law Tyesha (played by Travina Springer) about her secret identity. The trio fails to keep a straight face. It is revealed that Muneeba could not keep the secret from Yusuf and Yusuf always having his phone on speaker led to an unintentional, early reveal for the family.

The family shows concern but acceptance of the life Kamala has chosen for herself. With nothing to hide from her loved ones, Kamala is able to find a balance between family and her superhero duties.

Kamala gets her superhero suit and name

The series began with Carol Danvers/Captain Marvel superfan Kamala creating her own costume for the Captain Marvel cosplay contest at AvengerCon. Throughout the series, Kamala continued to fight in either her makeshift costume or her regular clothes. This episode finally gives us the iconic South-Asian salwar kameez-inspired suit that Ms Marvel wears in her comics.

Muneeba, who had been trying to steer Kamala away from her superhero life, is the one who presents her with the superhero suit. We get to see Iman in her super-suit and she looks perfect in it!

The gifts from her parents did not end at the suit. Kamala continued to be called Night Light, which she wholeheartedly detested. At the end of Episode 6, Kamala has a father-daughter moment with Yusuf where they discuss her superhero name. She tells her father that she has not decided on a name yet. Yusuf continues to share how Kamala got her name. He recalled that after wanting a second child for years, Kamala was born. The couple decided to name her Kamala based on the Urdu word ‘Kamal’ which means ‘wonder’ or ‘marvel’, so she was their ‘Ms Marvel’.

The songs are back!

The soundtracks for each of the Ms Marvel episodes were undeniably one of the best aspects of the show. The showmakers used songs from South-Asian artistes to highlight every moment.

Episode 5, however, saw only four tracks instead of the regular long list of songs. The episode intentionally had very little music to highlight the somberness and gravity of the India-Pakistan partition. While the musical sparseness of the previous episode made sense, we were glad to have our line-up of toe-tappers back in Episode 6.

From the Pakistani classic Ko Ko Koreena by Ahmed Rushdi to Hadippa by Pritam and DJ Hot Americano, the season finale appropriately used its soundtrack. We also heard a new Ritviz song Aavegi, which appears to have been composed for the Marvel series. This makes it the third Ritviz song on the show after his Sage and Thandi Hawa featured on previous episodes.

Mutants in the MCU

One of the major revelations at the end of the episode opened the door wider for mutants in the MCU. While X-Men had returned to the Marvel banner a while back, we are yet to see much from them. Doctor Strange in the Multiverse of Madness gave us a glimpse of Patrick Stewart as Professor Charles Xavier, but he was on another version of Earth.

In a major reveal, Bruno (Matt Lintz) tells Kamala that her genes are different from that of her family as they have a mutation. This hints that Kamala is a mutant and that mutants exist on Earth-616, which is the version of Earth we are familiar with in the MCU. Ms Marvel being a mutant is further emphasised by the X-Men 1997 theme track, composed by Haim Saban and Shuki Levy, playing in the background as Bruno shares the information that Kamala dismisses as a “label”.

The post-credit scene sets up The Marvels

With Marvel beginning to expand the Marvel Cinematic Universe (MCU) through their Disney+ shows since 2021, we are yet to see second seasons of any of the shows. This does not mean that we have a long wait till we get to see Kamala again. No Marvel show/movie is complete without a post-credit scene.

Ms Marvel ends with Captain Marvel (Brie Larson) appearing out of Kamala’s closet after Kamala gets explosively portal-ed out by her glowing bangle. The scene ends with the message ‘MS MARVEL will return in THE MARVELS’. This sets up The Marvels film, which is set to premiere in 2023, where we will see Kamala alongside Captain Marvel, Monica Rambeau (played by Teyonah Parris) and Nick Fury (played by Samuel L Jackson).

Not the strongest Marvel series finale

Ms Marvel delivered a unique superhero origin story in a fun and engaging format. Each episode had its highs and lows leading up to the finale. By Episode 6, Kamala had already discovered the woman from her visions and defeated the Clandestines. Thus, the threat at the end of the series seemed to not be very threatening.

It had moments of warmth through the actions of Kamala’s friends, family and community. It gave us the straight-out-of-the-comics shot of Kamala sitting on a streetlamp and observing the city. It gave us more comic book-aligned gigantic Ms Marvel hands.

It did have two interesting twists at the end. Yet, it was not a What If…? level finale that one would watch again and again.