Farhan is Waleed, the leader of the Red Daggers, in the latest episode of ‘Ms Marvel’ on Disney+ Hotstar 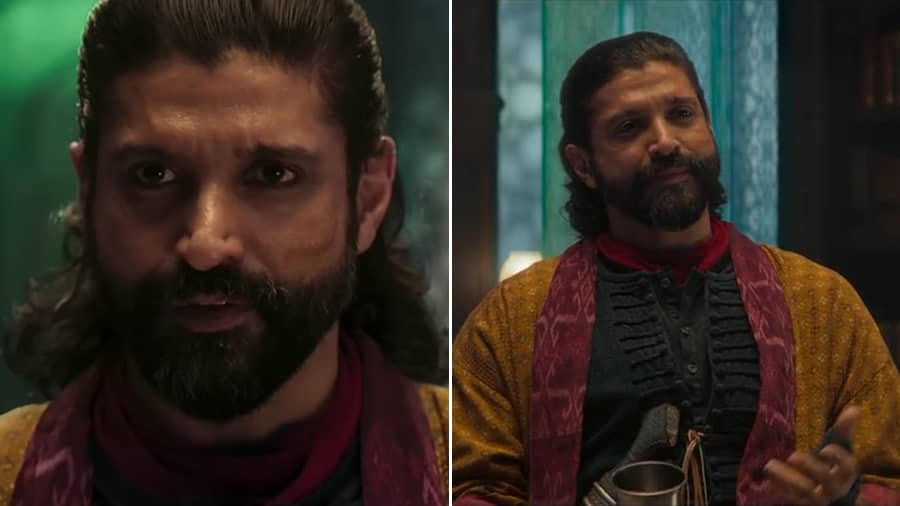 Ever since the announcement of the cast of Ms Marvel, Indian and Pakistani fans had been waiting to see their very own desi stars light up the screen for the Marvel Studios’ production.

Episode 4 of Ms Marvel, released on Disney+ Hotstar on Wednesday, ends the wait for South Asian fans of the show by making Bollywood actor-filmmaker Farhan Akhtar a key element of the episode and giving us a glimpse of Kapoor & Sons actor Fawad Khan.

Farhan’s appearance in the show had been teased by Marvel before the fourth episode was made available for streaming on the OTT platform on Wednesday.

"My name is Waleed." Check out @FarOutAkhtar and Aramis Knight in a brand new episode of Marvel Studios' #MsMarvel, streaming tomorrow on @DisneyPlus. pic.twitter.com/x9V7CrPJlc

Farhan Akhtar as a leader of vigilantes

In the episode, Kamala Khan (Iman Vellani) and her mother Muneeba Khan (Zenobia Shroff) take a trip to Karachi, Pakistan. We are finally introduced to Kamala’s grandmother Sana, played by veteran Pakistani actress Samina Ahmad. The show makers did their best to give us glimpses of Karachi even though the episode was shot mostly in Thailand. The food, the crowded streets and the slightly-crumbling colonial bungalow were in line with the subcontinental aesthetic.

After being shown around town by her slightly snarky cousins, Kamala ends up at the train station looking for the train from her visions. Here she encounters Kareem (Aramis Knight), who is a member of the secret group of vigilantes known as Red Daggers. Kamala goes with Kareem to his secret hideout where we are greeted by the unmistakable voice of the Dil Dhadakne Do actor.

Farhan introduces himself as Waleed, the leader of the Red Daggers. He answers Kamala’s questions about her identity as a Djinn and Najma’s (Nimra Bucha) motives. He takes on a mentoring role for the young superhero, informing her that the bracelet that gives Kamala her superpowers could lead to the destruction of the world.

Farhan’s presence in the show appears to be short-lived as he is killed by Najma after a nail-biting fight-and-chase scene. However, Marvel and Disney do tend to revive fan-favourite characters, so we can keep our fingers crossed for Farhan to come back in future episodes or seasons.

While we got a full dose of Farhan, we have to wait to get a similar eyeful of Fawad. Those who saw his name in the credits but did not spot him in the episode may have been left confused. However, the credits were not a misdirect. Fawad was in Episode 4, at least a picture of him was there.

When Kamala was exploring her family home in Karachi, her grandmother showed her a picture. She shared that the picture was the only picture of Sana as a child as everything else was lost during the India-Pakistan partition. In the picture, baby Sana can be seen holding her father Hasan’s hand. Fawad is playing the role of Kamala’s great-grandfather Hasan. So, the picture was the first look of the actor in the show.

In the previous episode, Kamala’s family had discovered that she was behind her brother’s wedding getting ruined. While Muneeba is still upset with Kamala over it, we can see the mother treating the daughter with kindness and love. She shares tender moments with Kamala over candy and continues to care for her.

On the other hand, Muneeba’s relationship with her mother seems to be fraught with tension. While Muneeba feels Sana failed as a mother, Sana feels Muneeba abandoned her by leaving for America. Even though the daughter tries to care for the mother by cleaning the house and asking her to come with them to America, their relationship seems too embittered by the past.

The mother and daughter relationship problems seem pale in comparison to the kind of extreme relationship Najma and Kamran have. While trying to escape from the Department of Damage Control (DODC), Kamran attacks the DODC guard when he hits Najma. However, when Kamran is injured, the other Clandestines appear to care more about him than his mother. Even when making their escape, Najma orders Kamran to be left behind.